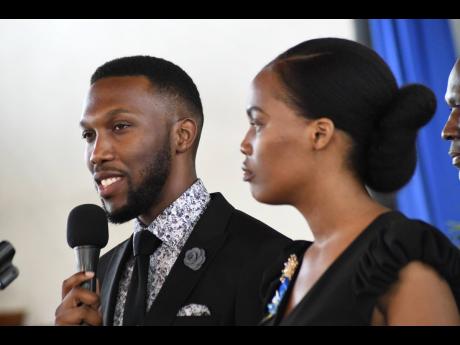 It is with a profound sense of loss and indescribable anguish that I write this well-deserved tribute to one of Jamaica’s intellectual giants, Martin Henry. His was a singular life of unflinching and unswerving commitment to the moral, social, political, and economic development of his native Jamaica.

It is in Jamaica’s hostile environment that Martin laboured as a faithful sentinel of truth and reconciliation – two dire needs of a nation crippled by lies, deceptions, half-truths, envy, Afrocentric propaganda, social decadence, moral degeneracy and political tribalism.

Martin’s job was daunting, unrecognised (with the exception of the intellectual class), and largely unheeded. Nevertheless, his monumental contributions to a balanced, measured, and non-partisan dialogue stand at the core of his long-standing legacy. Yet, his perspicacious, incisive, and judicious commentaries, which consistently appeared in The Sunday Gleaner, have not obtained the merited recognition by our crop of injudicious and short-sighted political leaders whose incompetence has pushed the Jamaican State over a precipice.

Thus, Martin was a lone voice crying in the wilderness – divinely chosen and prepared to be a restorer of the breach, the repairer of the paths to dwell in. As a public intellectual and newspaper columnist, along with the other numerous roles Martin might have performed, he certainly has left an indelible legacy on the landscape.

Morally, Martin encompassed the intrinsic virtues, values, and mores of the Judaeo-Christian religion. The issue of morality cannot be appropriately defined and contextualised outside of religion. I dare say that any society that seeks to discount Christianity’s role in cultivating cultured, civilised, noble, peaceful, and prosperous societies has lost its moral fibre and compass.

Indeed, the religion of Christ admonishes its followers to adhere to the injunction of the golden rule: Thou shalt love the Lord with all thine heart, and thy neighbour as thyself. Martin would have sought to conform to the biblical fundamental themes of justice, equity, and liberty.

For this reason, he mastered the art of crafting dispassionate, lucid, and unbiased analyses on a wide range of social, political, religious, and economic issues. Martin’s philosophy and world view, therefore, sprang from an unshakeable faith in the all-encompassing teachings of the greatest of all books ever penned by mortal men – the Bible.

Marcus Garvey, one of the most renowned revolutionary minds and activists of the 20th century, avers thusly: “The function of the press is public service without prejudice and partiality, to convey the truth as it is seen and understood without favouritism and bias. ( The Philosophy and Opinions of Marcus Garvey, p. 6) As a social and public communicator, Martin represented a living embodiment of Garvey´s ideology.

In a contentious society, Martin´s professional journalism often elevated the discourse on a wide array of national issues. For example, his unswerving advocacy for the protection of the human rights of every Jamaican citizen – in spite of their racial, economic, religious, or social background – revealed a heart of compassion and sensitivity.

The malignant cancer of crime, which has gripped and paralysed the Jamaican society, was a pressing concern that Martin addressed in his commentary in The Sunday Gleaner. I recommend highly that the minister of national security undertake a critical reread of said articles and dutifully implement the sage admonitions offered therein. A word to the wise!

It would be remiss of me not to highlight his genuine and childlike humility. In a world where pomposity is a defining emblem of the educated and affluent classes, Martin evinced a disposition of Christ-like self-abnegation that enabled him to interact well with all strata of society.

As a faithful father, loyal husband, master communicator, world-class scholar, and extraordinary educator, Martin’s impeccable work ethic, along with his unfaltering commitment to nation-building, will be forever etched in the minds of his compatriots.

Andrew G. Tucker is an educator. Email feedback to columns@gleanerjm.com and agtuckerus@gmail.com.