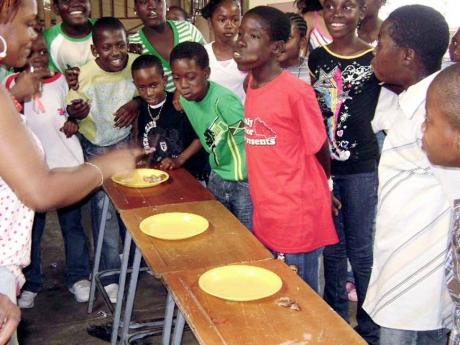 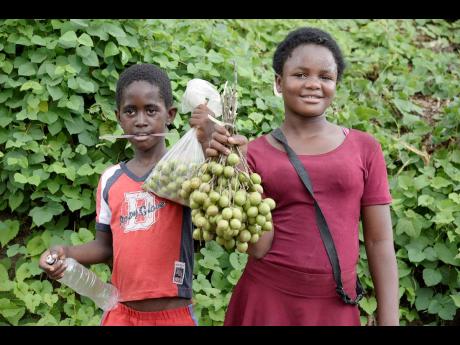 Nearly every adult of my father’s generation was committed to doing his ‘endeavour best’, and almost all the primary-school teachers of my generation, as well as the English teachers in the secondary schools, used their best endeavours to stop us from using the phrase ‘endeavour best’.

The use of ‘endeavour best’ by any student in his class, or by anyone at all, was guaranteed to make our headmaster, Mr Forde, more short-tempered than he already was. Mr Forde fretted, fumed, shouted, and screamed, all the time endeavouring to point out to the miscreant the error of his ways.

Mr Forde left us without any real success in his endeavour. I still hear people swear on all kinds of graves and parental appendages that they tried their ‘endeavour best’. I was on my way to do the feature address at a graduation ceremony in a small Trinidad town named Cunupia, Spanish for ‘canopy or sheltered covering’, which I thought would be a good word to describe what education should be.

However, while endeavouring not to be late and also endeavouring not to get lost, I had to pass through a place named Endeavour. The theme of the ceremony was ‘Let Your Light Shine’, and I decided, based on the geography of the region, to turn my speech into a simple road map because I had to pass close to the village of Perseverance (which is something you hope the kids will develop), and that is near the town of Enterprise, something the kids should show from a very early age.

I also want them to be like Captain Kirk’s starship in Star Trek and fashion their lives like the Enterprise – exploring strange new worlds, seeking out new life and new civilisations, and boldly going where no one has gone before. What made my road map to the future even more relevant was that I had earlier passed the village of Esperanza, Spanish for ‘hope’, which springs eternal in the human breast, except when he is batting or wicketkeeping in the World Cup.

And not too far away was the town of Felicity, which means ‘happiness’. Within that small compass, they had it all. In fact, when I worked for the sugar and rum company Caroni Ltd, we developed a rum named Felicite, ostensibly the name of the sugar estate on which it was supposedly developed but mainly because we hoped it would bring happiness to its users and relief to the company’s much-depleted coffers.

Place names tend to be a bit more conventional, but street names, mainly because they come from the people who live there, can be ‘different’. Even if they are the names of famous people, like those in Trinidad named ‘Buller’, after a war hero, and ‘Wooding’, after a famous family that included a chief justice, the local interpretation can be embarrassing. In Trinidad, every year, the first session of the street mas, or masquerade, is the Jour Ouvert (pronounced Jew-Vay), or ‘Old Mas’. In a pre-carnival competition featuring this category, a band depicting ‘The Streets of Port-of-Spain’ was disqualified because of their graphic depiction of Buller and Wooding streets.

Locally, one of the words used to mean ‘penis’ is ‘wood’, and so ‘Wooding’ can be interpreted as the use and application of the said instrument. A ‘buller’ is another name for a male homosexual. Put these together, and, under the influence of the ubiquitous alcohol, things could get out of hand and the acting can become like Brando’s Stanislavski Method, the actor immersing himself so completely into the role that it seems completely realistic. It was far too accurate a rendition for the judges, and they ended the entertainment forthwith.

There are also other Trinidad streets like Hornerman Lane (a horner-man is one who gives ‘horns’ to, or cuckolds, another man) and the inevitable Pregnancy Lane hard by.

However, village and street names in Trinidad cannot compare with those of Jamaica in hilarity, inventiveness, and appeal. When you pass Breadnut Bottom and Soursop Turn, you might stumble upon Gimme-Me-Bit and Uman Hole in St Andrew, Lennox Bigwoods in Westmoreland (a sure hit in a Trinidad carnival), and Ma Puhpoo Hole in Hanover. There is Fat Hog Corner, Fat Hog Quarter and Hog Hole, Puss Gully and Crutches Lane, P*m-P*m Walk, and Cockburn Pen.

And if you go to Portland and ask the people there if they have any names that are as inventive and funny as the ones above, they would tell you frankly that they have Nonsuch.

If you are someone seeking Adventure, like the naturalist Gerald Durrell, or you want a close Friendship just for the Experience, or are seeking the blessings of Providence, you would find Success in Guyana. It is a place where Bob Marley would have discovered both Babylon and Zion.

And for those who believe that Charity begins at home, they would find it ends in Guyana.

Barbados has a few intriguing names, but it’s big deal, for me, is that for an island that is flat, there are more places with names ending in ‘Hill’ than even mountainous Jamaica, Trinidad, and Guyana. Including Cave Hill, there are 19 ‘Hills’ in all. One of my friends said, “If you have such a flat country, it would take a lot of balls to have so many ‘ hills’.” I set him straight. “When it comes to Balls, Barbados only has one, and it is a Plantation in Christ Church.”

Tony Deyal was last seen trying to find out the origin of the name of the Trinidad village, Bonasse. He was wondering if’ ‘Bon’ in this case meant ‘good, or excellent’, or if it was short for ‘bony’.