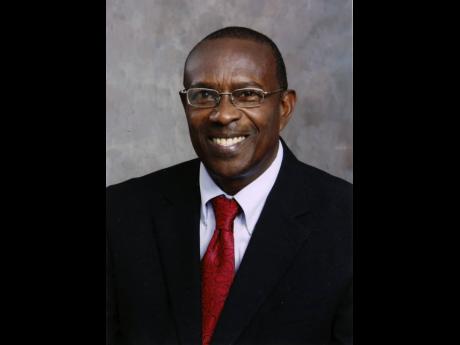 “We want justice! We want justice!” As the cry for justice rises to a crescendo across the Jamaican landscape, there seems an endemic ignorance of the root cause behind the frightening scenarios.

Indiscriminate slaughter of fellow human beings both by agents of the State and private individuals continues unabated. Scamming, gang-related crime, pervasive hustling and domestic violence fuelled by lust, greed and an abject disregard for the rights and property of neighbours; sexual permissiveness; disregards of individual value, ability and creative potential have sunken to an all-time low, a state of anomie in the making.

The cry for justice resounds passionately. Ironically, line seven of the Jamaican national anthem chants, “Justice, truth, be ours forever,” and the refrain choruses, “Jamaica ... land we love.

Incongruously, we see no abatement in the justifiable cry for justice. Nay! Rather a contemptible indifference or much talk and tinker at best to the tears and belly pain by those to whom the country’s masses look, or should look, for solution.

In 1865, approximately 30 years after the mass of enslaved Africans were ‘released’ from bondage, which was precipitated by activism, Paul Bogle, a peasant farmer in St Thomas, groaned as he demanded the same three words: “We want justice.” In its pursuit, he walked more than 40 miles from Stony Gut to the island’s then capital at Spanish Town to seek help from sitting Governor Edward Eyre.

The ultimate consequences of the denial of that meeting were further injustice, mayhem, more murder and the tragic but historic Morant Bay Revolution.

One might be led to conclude that the solution to justice for all, which in 21st-century Jamaica is still a desideratum but to some is contentious/even annoying – is a revisit to the theory and practice of activism. Unfortunately, it is not taught or studied as a subject in our schools, although it has played a vital role throughout our history.

For example, in December 1831, Samuel ‘Daddy’ Sharpe devised a plan of passive resistance where all slaves should refuse to work on Christmas Day as a demand for better treatment and freedom. His plan was foiled and erupted in a violent confrontation between masters and slaves. Fourteen members of the planter class were killed and more than 500 of the enslaved people lost their lives, mainly through hearsay and a kangaroo court.

Sam Sharpe himself was hanged on May 23, 1882, after his far-reaching and revolutionary self-declaration, “I rather die upon yonder gallows than live as a slave.”

This cry for justice isn’t an advocacy to violence. At least we have now an independent nation with a proper constitutional fabric for the peaceful resolution of social problems.

We would like to purport that if our country, fuelled by activism, had achieved so much over the past 300 years, there is good reason for us to revisit our history and carefully examine the role activism played in a more cerebral way.

Perhaps it is about time, too, for us to embrace it formally and cognitively in our schools and have our teachers be guided accordingly.

Activism has contributed much to our pursuit of social justice but we are still deficient in consciousness of the positive utilisation of its force. In the more socially and politically intolerant past, many of our forebears have died in the pursuit of justice. Today, the cry has become louder and more spontaneous.

If the Jamaican schools are removed from their current authoritarian corralling and colonial mode, they would be able to deliver a lot more to nation-building and the development of social justice for all. In fact, if schools are placed on their correct trajectory and students are made to think critically to succeed, they would become the main engine stimulating national growth and economic development as, annually, schools graduate new assets in the form of human capital back into society, but many were made impotent before graduation.

Our same Jamaican students, if given the proper environment, opportunities and training, can build the Jamaican infrastructure, brick by brick. They, too, can build highways, shipping ports and bridges, and because they will be critical thinkers, they will resist subservience and domination in every form.

As critical people, not even the sneaky 21st-century government-aided Boiling Frog Chinese Colonialisation Concept would succeed.

The present state of affairs in the Jamaican education system is permeated by confusion and a wanton deficiency of imagination. One is inspired when Einstein said: “I’m enough of an artist to draw freely on my imagination, which I think is more important than knowledge. Knowledge is limited. Imagination encircles the world.”

The national anthem endorses this concept in line 13: “Give us vision lest we perish.”

It is extremely unfortunate that the administration of Jamaican schools is predominantly bureaucratic and pathetically bereft of creativity and imagination, their political ‘boss’ too busy maintaining and retaining the golden goose of state power: Too many principals, heads of departments, plant directors spend their time rehearsing to perfect the art of genuflecting – ostensibly for job security.

- Timothy Bailey is a social anthropologist and educator. Email feedback to columns@gleanerjm.com and caribedumag@yahoo.com.