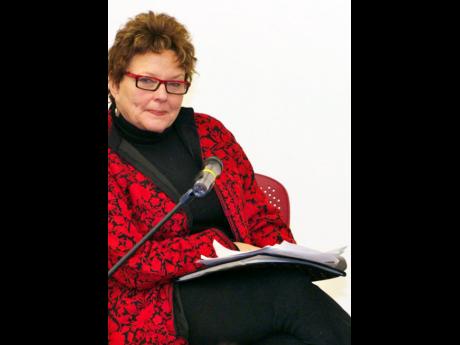 Carolyn Cooper’s clever article ‘Putting obeah on Andrew Holness’ (Sunday Gleaner, July 7, 2019) tackles the critical issues of the moment. She asks who does our so-called postcolonial state considers a full citizen with all the rights to safety and freedom that that implies. Whose interest does restricting sexuality and controlling reproduction serve? What have we learned about the meaning of family in a context of the legacies of slavery, genocide and the lingering violence all around us?

Instead of carrying on about male-headed households and being anxious about ‘proper’ fathers and breadwinners in a society where male unemployment is a structural given, why not trust women with the right to choose WHEN they can do the labour of mothering that having children demands? Why criminalise them when they say, “I just cannot do it now.”

Parenting, as anyone will tell you, is one of the hardest jobs in the world, but we are brilliant at blaming and judging mothers if something goes wrong in the process. I think this is because we have been brainwashed to pathologise single black women through our colonial educational systems. In a society where education and welfare supports are woefully inadequate (compliments of decades of accession to neo-liberalism), who can live decently on the minimum wage and raise a family? Not me. And if folks who have to do it do it well, it is because they are miracle workers. Why force motherhood on folks who are not ready?

I want to bet that those who submit memoranda and who talk the loudest against abortion in Parliament and outside do not have to support kids alone, with little or no family support, on minimum wage. They do not have to watch them get sucked into spirit-destroying lives in which their life expectancy is 25 years (for that is what Jamaica has on offer) and pick up the pieces afterwards. Why not acknowledge that women have the right to choose? And help the moms to support the kids they do have by putting the care needs of our society first?

What we do right

This is one of the alternative means of knowledge that we have created in our society. Indigenous and non-Western spiritual practices are another.

How is it okay to reinvent Seaga as a great statesman rather than the neo-colonial force that he was, and ignore traditional popular spiritual practices, which he frequently invoked as a legitimising force for his power? It is a good time to think about how statesmanship in the Caribbean disavows non-Christian beliefs and rites publicly, while invoking it off the record as needed to enact power.

Talking about decriminalising obeah is a way to begin to come to terms with a network of very diverse and mixed knowledge that was disqualified by colonial powers. Obeah is not ONE thing. The word has become a popular catch-all term that doesn’t distinguish between bad energy and healing energy, or even clarify what it refers to. On the ground, folks tend to use the term ‘science’, not ‘obeah’, which is actually far more accurate. Let’s talk about indigenous science. Let’s think about the healing energies and knowledge of myal.

Dr Honor Ford-Smith is an associate professor of cultural and artistic practices for environmental and social justice at York University. Email feedback to columns@gleanerjm.com.