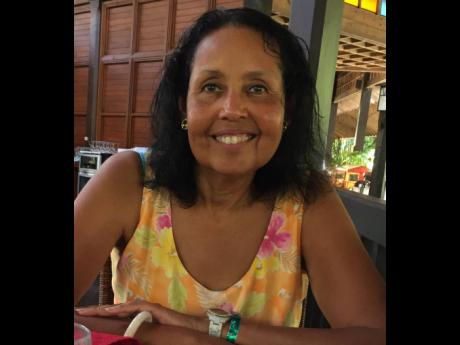 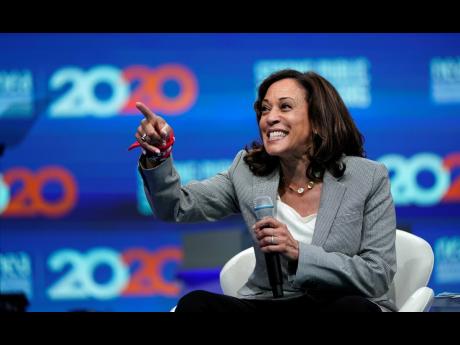 I read with interest Daniel Thwaites’ heavily weighted commentary (‘Kamala is a Jafaikan’, Sunday Gleaner, July 7, 2019) regarding US presidential candidate Kamala Harris and felt compelled to take the opportunity to respond.

Your characterisation of Ms Harris as a ‘Jafaikan’, implying that she is passing herself off as a Jamaican, but from all that I have ever read, she consistently refers to herself as an American born of immigrant parents, her mother having emigrated from India and her father from Jamaica. Nothing fake there that I can detect.

Your article references the fact that in the second Democratic presidential candidate debate, Ms Harris challenged Joe Biden on his position in the late 1960s and the ‘70s on federally mandated busing as a means for achieving racial integration in America’s public schools. You state: “It turns out that Harris’ policy position on school busing — that it should be voluntary for school districts —is — virtually indistinguishable from Biden’s.”

You have totally mischaracterised their stated positions on this very important issue, and in fact, you have tried to reduce her, even raising the topic as an exercise in “theatrics” — that is, identity politics rearing its ugly head designed essentially to discredit Biden and paint him as being “old, white, and perhaps, male.” Perhaps male? I think it must be obvious to everyone that he is clearly all three and has not been trying to disguise himself. What exactly is the point of this particularly gratuitous attack on Harris?

With regard to what Harris said in an interview that she gave to the host of a New York radio show, the ‘Breakfast Club’, in February (which you neither cite nor contextualise), you write: “Now I consider the association of Jamaican heritage with weed-smoking a result of reggae and Rastafarian valorisation of marijuana, so it [the association] is somewhat deserved. We can’t promote an image and then turn around and be frustrated that other people actually get the message.” I wholeheartedly concur.

Context is a wonderful thing. Sometimes it’s everything: A breath of fresh air to clean the cobwebs away from the mind and let the daylight in. Harris pointedly said, “’Look, I joke about it, I have joked about it. Half my family is from Jamaica, are you kidding me?’ she laughed.” (Loop, February 11, 2019). She laughed. She said she was joking. You said it yourself: “We can’t promote an image and then turn around and be frustrated that other people actually get the message.”

I am loath to give much credence to her father, Donald Harris’, assessment of her. Period. I seriously doubt that he has any useful ‘insight’ to share.

Finally, you mention in fairly rapid succession a number of topics with which you take issue; to wit, her self-identification as a black American (Didn’t we go through that one already with Obama?); her questioning of a judicial nominee’s position on Christian teachings as they may affect the interpretation and adjudication of legal rulings as is required by virtue of her seat on the US Senate Judiciary Committee (A secularist? Really? Are you familiar with her constitutional duty to ensure the separation of Church and State?); constitutionally guaranteed equal protection under the law for all persons residing within the US (including LGBTQ folks); the constitutionally protected right to abortion (still legal across the US); and more. I raise these points in the hope that you will rethink what clearly came across to this reader at least as an essay loaded with biased language and imagery as well as a series of unwarranted, ad hominem attacks lacking a real understanding of the current sociopolitical American landscape.

Dr Toni M. Forsyth is professor emeritus of English and taught Critical Thinking and Composition at De Anza College in Cupertino, California. She was is a former executive director of the Center for the Study of Diversity in Teaching and Learning in Higher Education. Email feedback to columns@gleanerjm.com and dital@sbcglobal.net