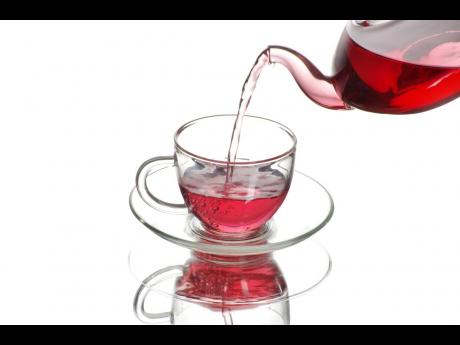 If I had to define my natural habitat or the environment in which I seem to have spent most of my life and times, it would be hot water. I keep getting into it with alarming and frequent alacrity. Every road taken has led there; every road not taken would probably have arrived at the same torrid destination.

While immersion, for many, has to do with learning new languages in a native setting, my milieu and métier, my native bent, predisposition, predestination and path in life, is a straight line from H to O, preferably at zero degrees centigrade.

I got into it again in Barbados, this time literally.

I was, am and will continue to be a coffee drinker, except once in my life when I lived in Belize and my health and doctor teamed up like Jack Nicklaus and Tiger Woods and ‘tead’ off on me. Up to that time, coffee was to me the elixir of life and longevity.

Then my doctor informed me that if I wanted to hang on to the first and be assured of the second, I would have to vacate my premises at Maxwell House and stop Starbucking around. I had to stop my coffee-based rituals and switch to tea. I felt as if I had been mugged.

My wife then informed me that tea was full of antioxidants and that green tea was the best of the lot. When oxidants just so much as hear a rumour that green tea is around, they scatter like pavement vendors when the police are nearby.

What I have since found out about tea is that when sipped, it is insipid, and when gulped, it is indigestible. It is a tradition that one should leaf well alone. It is catching health the hard way and it was through this salutary pursuit of good health that I once more got into hot water without getting into hot water. It is a process that fits me to a tea.

My children were stunned. My friends, who had known me for many years as a coffee fanatico and not a mere aficionado, were horrified. They believed that it is the daily multiple doses of caffeine in the form of black coffee that kept me from totally succumbing to the hot water that was my bête noir and better half.

Being a total tea-totaller, I gave up the coffee and travelled with the one tea that I can drink most of the time without going green myself. It is a vanilla-’infused’ black tea from Sri Lanka. I had first tried it when I was in Mauritius for a SIDS (small island developing states) conference and I decided that if I had to drink tea, that was it. Then I had an experience that made me realise that tea as the only beverage in my cupboard was for Mother Hubbard and not for me.

I was on my way to Guyana and my flight was delayed by several hours. The Barbados airport was so cold, I swore that I saw Sir Grantley Adams reach for his overcoat. I was freezing and needed a hot drink badly. I went to the refreshment booth in the departure lounge and asked the lady for a cup of hot water, for which I was prepared to pay. I explained that I had my own teabag. She told me that hot water without the tea bag was the same price as hot water with the tea bag.

An exchange ensued that was probably more heated than the water used to make the tea. I refused to surrender to what I considered extortion and went shivering back into the lounge asking myself, “Why?” I kept thinking that it was not the money but the principle, but I knew that it was the tea. Were I still a coffee drinker, I would not have got into such a pointless argument. I would not have brooded and trouble would not have brewed. Or if it had, it would be nothing that Juan Valdez could not have nipped in the bud, sprig or bean with a single drop of his dynamite drink.

This was it, and now while I still buy and drink my vanilla tea, coffee remains my beverage of choice, especially from Jamaica or the Pomeroons in Guyana.

The tea versus coffee debate is one that will never end. The coffee drinkers will tell you that coffee is the only known aphrodisiac for middle-age men. The tea drinkers will retort that aphrodisiacs are no use to dead people or people with hardening of the artilleries. We come up with names like Folger’s and Nescafe and they come up with names like Earl Grey and Darjeeling – one-upmanship and snobbery as an art form.

When Prince Charles went to dinner at the White House, the president at the time, knowing the British love of tea, gave him hot water with a teabag. When asked after the dinner why he didn’t touch his tea, the Prince replied, “I didn’t know what to do with the little bag.”

A week later, the American passed the same Rolls-Royce parked on the side of the road with its back windows fogged up and steam pouring out. The cocky American decided to gloat. He went to the Rolls and banged on the rear window. “I want you to know that I’ve had a double bed installed while your car is here at the side of the road waiting to be towed away.”

The Rolls Royce owner rolled his window down and frowned at the American, “I say, old chap, you mean you got me out of a hot shower to tell me that?”

Tony Deyal was last seen replying to a question from a startled friend about how long he had stopped drinking coffee and started drinking tea. “Oolong,” he grumbled.