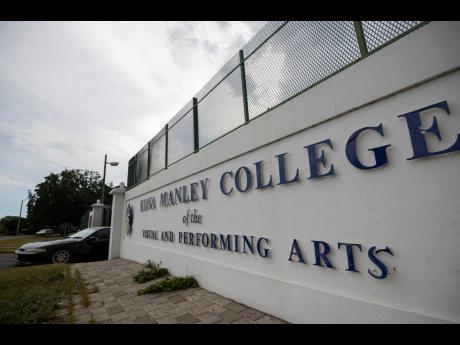 Gladstone Taylor
File The entrance to Edna Manley College of the Visual and Performing Arts.

With its previous iteration having endured four years of legislative purgatory, the Holness administration has finally resurrected the sexual harassment bill, in a form that it says will better address a problem that disproportionately affects women in a society where male power is dominant and sexual ego among its defining characteristics.

The bill will, once its provisions are widely known and understood, cause unease among the majority of Jamaican men, and some women. They will see it as an attempt to impose foreign ideals on what, supposedly, are our cultural norms. They, of course, are wrong. For the larger intent of sexual harassment, and similar, laws is that all members of society should be able to enjoy their right to choose with whom they associate, including in intimate circumstances, as guaranteed by the Constitution.

While they might have been energised by the emergence of the Harvey Weinstein-fuelled global #MeToo movement, it this sense of male impunity and an associated tolerance of sexual predation and diminution of the rights of women that provided fillip to people like Latoya Nugent and her overzealous and, unfortunately, misdirected, Tambourine Army that sought to name and shame presumed sex offenders. Ms Nugent abandoned good sense and reason for notoriety and, ultimately, reaped the consequences of a defamation conviction.

This bill, if it becomes law, won’t be a panacea, making anti-harassment campaign initiatives redundant. Rather, as Janell Blair, the former Edna Manley College student who has been bravely at the forefront of efforts to highlight sexual harassment at that institution, observed, it will provide a legal framework for women, and those males who previously felt powerless in the face of sexual harassment at work and elsewhere, to have their voice heard. And be taken seriously.

“It is possible to change what is viewed as being the norm in society by implementing the necessary laws to protect individuals,” Ms Blair told Parliament’s Public Administration and Appropriations Committee last week.

A lot will depend, no doubt, on the efficacy of the law, which also means the confidence Jamaicans have in it. Real accessibility, starting with a broadly consistent interpretation of what constitutes sexual harassment, will be important.

Like the 2015 bill in the name of former Prime Minister Portia Simpson Miller construes, this version of the proposed law will proscribe an unwelcome sexual advance that is “reasonably regarded as offensive”, with the effect of interfering with the person’s work performance, or creating an “intimidating, offensive or hostile work environment”.

Workplaces will be obliged to establish and cause employees to be aware of their anti-harassment policies as well as establish in-house mechanisms to deal with complaints. Failure to do so will be a criminal offence. Unlike the previous bill, which required a company to have at least 20 employees before putting in place these arrangements, this one appears to have no such benchmark.

Further, under the old bill, some complaints, like those originating in institutions such as schools and places of safety, and in cases where sexual favours are demanded from persons seeking living accommodations, cases would be heard in Parish Courts as civil matters. Matters that escalated from the workplace would be heard by a Sexual Harassment Tribunal, which would be a division of the Industrial Dispute Tribunal, to which a handful of additional members would be appointed. The revised bill appears to make no such distinction and does not mention matters being dealt with by the courts.

The new bill anticipates the establishment of a 12-member tribunal, half of whose appointees would be women, and at least one of whom would have to sit on each three-member panel. Some of the tribunal’s members would have to be lawyers and trained mediators.

Having tabled the bill, the next step for the Government must be to engage in wide discussion and debate and public education.