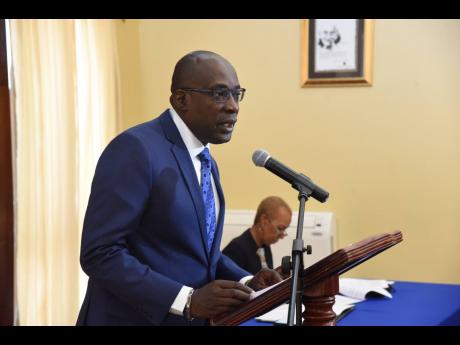 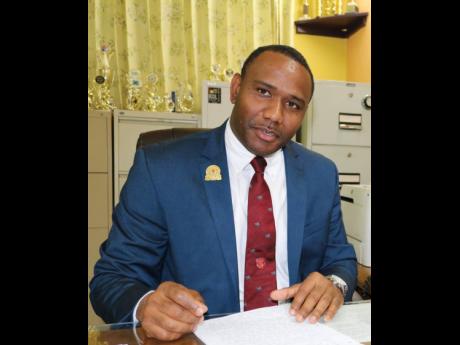 The revelations at the Public Administration and Appropriations Committee over the past weeks, involving Caribbean Maritime University and the embattled former minister of education, Ruel Reid, forced me into a reflection of his behaviour prior to the allegations of corruption now swinging around his neck.

This has caused me to conclude that the teaching profession has failed this country.

We saw the reckless arrogance of Reid and feigned outrage, but never once calling for his immediate resignation, using the convenient excuse that he came from among us!

I am not criticising the profession because l dislike it, but rather because l love it and want to see us rise above the perception that we are only good for salary negotiations!

While they are not the best examples of virtue, the Bar and Medical associations often exclude, and distance themselves from, members whose conduct and performance fall below established standards or whose behaviour has brought their professions into disrepute!

Even now that the prime minister himself has fired his perceived closest minister, the teaching profession has not condemned the actions/allegations that gave rise to the sacking of Reid (and l know people are going to trip over themselves to offer the excuse that the matters may be heading the courts), but there are tones and tenors that can be adopted, in principle, without incurring litigation.

Additionally, no one from the teaching profession called for the resignation or even a leave of absence of Professor Fritz Pinnock, even when damning allegations of corruption threatened to smear the integrity of that veritable CMU and his perceived interference with the ongoing investigations.

I recall the litany of woes that Ruel Reid either manufactured, facilitated and or encouraged with impunity before it all came to this:

1. Reid, without a thread of evidence, labelled teachers, principals and boards as lying, corrupt extortionists.

2. He refused to acknowledge allegations of dengue infestation in schools.

3. He mistreated his unique position as the only JTA head to have ever ascended to the post of minister of education and showed scant regard for the age-old institution by cancelling, without notice, critical JTA meetings at which the JTC Bill should have been discussed before he rushed it through Parliament.

4. In his dual role as minister and caretaker candidate for North West St Ann, he was alleged to have given preferential treatment to schools in and around the select political boundaries.

5. The former minister, in his unholy haste to make a mark for himself and himself only, botched the implementation of a solid national assessment, PEP, and proceeded to fudge about the dismal scores obtained from the PEP mock test, thus causing undue stress and frustration and embarrassment for teachers, students and parents at the primary level and every single worker in the Ministry of Education, Youth and Information.

6. (C) Ruel Reid allegedly attempted to intimidate and muzzle lecturers who wrote articles that were not heaping praise on his questionable leadership.

7. (C) Ruel Reid threatened me, directed ministry agents to victimise him, and attempted to manipulate the permanent secretary in the Ministry of Education to “teach him (principal Simpson) a lesson”.

And if yuh think me did done, me jus a come with a litany of inept decisions, actions and scandals under Reid’s leadership.

1. Lack of resources for efficient implementation of PEP.

2. Last-ditch (after the fact) islandwide tour to patch up the implementation moments before children were due to sit the exams. This is alleged to have cost taxpayers millions of dollars!

3. Allegations of unlawful appointment of principals who do NOT meet the requirements as stipulated by the Education Act, 1980.

4. Dismantling of the NPL for divestment; removal of the ‘nutribun’ from schools without a reasonable alternative, and allegedly stigmatising people’s children by distributing rice in bags labelled ‘feed our starving children’.

5. No sustainable solution to chronic literacy and numeracy at both the primary and secondary levels of the school system while ramming down his critical-thinking PEP model.

6. No new or revised academic benchmarks set for students at the secondary level, yet schools are instructed to retain students in school until they are at least 18 years of age.

7. The unlawful dissolution of the National Council on Education (NCE).

8. Alleged victimisation of principled educators who refused to support questionable actions and decisions as manifested in the questionable dismissal of PS Maurice Smith, replacing him with a neophyte who has no training or background in education; mysterious transfer of senior adviser Robert Miller from the ministry; the demotion of Permanent Secretary Dean-Roy Bernard, who was sent scampering to a lesser post in the Ministry of Finance.

9. And who could forget the comedy of errors surrounding the funding formula for high schools.

And then there was that infamous tyrannical gag, which expressly forbade anyone to criticise the minister, that was circulated to the political ombudsman and purportedly to the NCE, which he had already dissolved!.

Many teachers felt that this is the WORST state of leadership that this ministry had ever seen. Reid, however, was essentially afforded a free ride and was only stopped when allegations of the mother of all corruption toppled his dictatorial march.

We must never again allow anyone to treat the nation’s teachers with the disdain that Reid did. And, equally, our teachers must never allow anyone who is unworthy of the post free rein as minister of education!

- Rayon Simpson is principal of Belmont Academy, a Centre of Excellence. Email feedback to columns@gleanerjm.com.