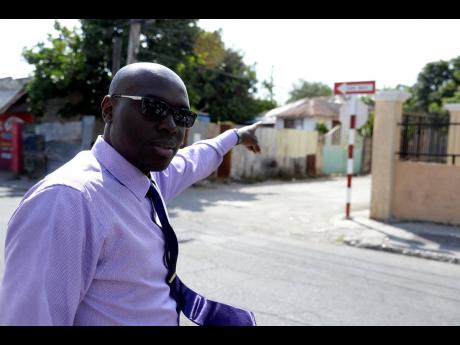 Stephen Shaw boldly announced that I was “premature, and foolhardy even, to pronounce doggedly on the outcome of an act that is still in process” in my recent Gleaner column ‘Hagley Park Road nightmare’ (July 8, 2019).

He tried to assert that I “arrived at a number of erroneous and hasty prognostications regarding how the road improvement work along Hagley Park Road in Kingston is being implemented”. Mr Shaw is doing his job as an agent of the National Works Agency (NWA), and I am only playing my part as an extremely concerned citizen of Jamaica.

Mr Shaw made an analogy with doctors. However, no “unknown condition” could make any surgeon so totally unprepared as to open, close up, reopen and close a patient four, five or more times. He/she would have been deemed incompetent and lose his/her medical licence. I have witnessed the digging of trenches and holes that were refilled and reopened innumerable times. I wonder what explains the repeated visits to those sites.

He swerved off course to extol the quality-control mechanisms of the NWA when at no time did I express doubt about those efforts. Unknown to Mr Shaw, I have patients who work with the NWA and I am well aware of their work in that regard.

Contrary to Mr Shaw’s claim, I never raised an “alarm … in the July 8 article concerning the removal of a length of the newly marled and rolled Hagley Park Road surface”. He explained: “If the ongoing works are found lacking, the NWA is duty-bound to have the contractor correct it.”

Here, Shaw only validates my observation. I noticed a problem and I saw that same length of work being torn up and removed. Why wasn’t the site scrutinised during the work in order to prevent the need, time and expense of having to remove it? Worse yet, after scraping off a substantial layer of completed work, which only lowered the surface, it was hurriedly asphalted. That concerns me, too.

Mr Shaw then speaks to the drainage. I have some recollection of Daniel Bernoulli’s principle of fluid dynamics, so I know that all of Shaw’s fancy revelations of underground drainage improvement mean nothing if the access drainage covers are overwhelmed or easily choked with debris.

I have regularly traversed and observed Hagley Park Road since 1967. I have seen it transformed into a virtual river in spate in only a few minutes. In light of the expected heavy water flow and accompanying debris, I have good reason to doubt the efficacy of the drainage grilles that I see being installed. I guess time will tell, but I would feel far more comfortable with much larger drainage grilles.

My repeated publicising of the pain, losses, suffering and disrespect being endured by our citizens have all been ignored. Mr Shaw’s defence of the NWA is incomplete without speaking to: clueless flag persons, the lack of simple/helpful detour signs, the illnesses of and injuries to commuters, the damage to vehicles, dangerous and open manholes (even now), lack of any notice prior to work/road obstruction, loss of income, business and jobs, and the unnecessary destruction of property.

Mr Shaw’s zealous portrayal of me (a concerned citizen) as ignorant, mischievous and truculent, because I dare to criticise how the Legacy project is being done, is revealing. The NWA’s facade of perfection is fenestrated. Just check out Marcus Garvey Drive when there’s a downpour.