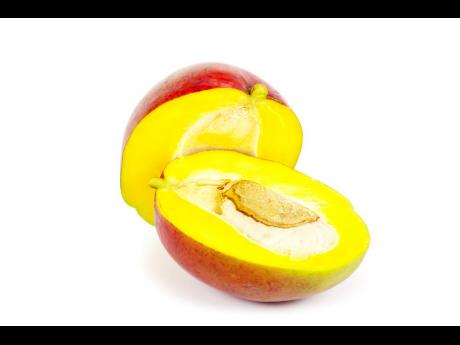 Someone ought to audit the accounts of parliamentarians to see by how much the amount of imported food items has reduced since the ‘Grow What We Eat, Eat What We Grow’ campaign was launched in 2003. Given their working proximity to Coronation Market, it would make for interesting reading. Then the same team should take its measuring tools to all the ministries to compare how they have reduced their dependence on foreign foods.

I am optimistic that the Ministry of Industry, Commerce, Agriculture and Fisheries would be found to be the one which was leading the assault on foreign foods, and would hazard a guess that the amount of money spent on imported food items has been declining significantly. This is despite the fact that whenever I am invited to one of their functions, grapes and American apples are among the main fruits.

I have always wondered and have asked them repeatedly, why is it that I can’t get seasonal fruits such as guava, June plum, roseapple, guinep, star apple and West Indian cherries in the mix? Maybe it would cost so much to truck them in, and then the lack of post-harvest care would render them stale by the time they got to the ministries. To date, I have got neither an answer to my question nor a change in the fruit variety. The solution to this might lay in an expansion of the tag line as follows: ‘Grow What We Eat, Eat What We Can, and Can What We Can’t’.

Canning would provide us with an advantage by extending the availability of the fruits even when they are out of season. However, the fact that we have three ministers and two permanent secretaries trying to do the job that was previously done by one minister and a permanent secretary, might be indication of just how difficult a task it might be. Then again, I might just be opening a can of worms.

For it was at the 35th anniversary ­dinner of the Small Business Association of Jamaica on Friday, November 20, 2009, that Dr Derrick Deslandes, then director of the Ministry of Agriculture and Fisheries’ Centre of Excellence, made the following announcement: “We are going into a pilot programme to introduce a mix between melon and June plum into the school-­feeding programme starting early next month, and we are going to introduce this into the system by next January.”

He then went on to explain that the pilot project would start with 130,000 students, and be expanded to 600,000, feeding on locally produced juices, eggs, and milk. His optimistic and unrealistic projection – that within two months of the launch there would be a demand for 500,000 pounds of melon – was well received, especially by farmers, who were already counting their money.

That was 10 years ago and we are yet to see any progress in getting any semblance of eggs, ripe bananas, milk or fruit juice into our schools. But we have heard Minister of Industry, Commerce, Agriculture and Fisheries Audley Shaw admitting about having to sign all those import permits for agricultural produce.

This, while the general consumption tax remains on vegetable seeds, refrigerated trucks, eggs, not to mention other inputs which collectively and, might I dare to suggest, are deliberately sending up the production costs of local agriculture. Therefore, all this hype about strides made under the Grow What We Eat campaign amounts to nothing less than hypocrisy and deceit on the part of our parliamentarians.

While poultry and pork producers can boast some semblance of self-sufficiency, even as I write, egg farmers are struggling with a glut. And what can our farmers hope to hear when Minister Shaw makes his presentation in the Sectoral Debate?

Surely, he will need to explain why US$116 million of the US$902.34 million food import bill is going towards seafood such as fish, crab, shrimp, herring, mackerel and sardines. Of course, the US$15.72 million spent on chicken neck and back is needed to feed the people who can’t afford imported crab and shrimp.

What of the recent strides made by the Jamaica Broilers Group in relaunching and marketing its pickled chicken neck? Why aren’t local initiatives like this getting widescale government endorsement and support?

Christopher Serju is a reporter who writes exclusively on agriculture, the environment and rural development.