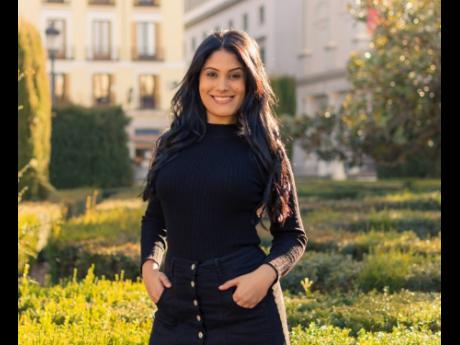 We all hear of different misconceptions people have of Jamaicans. Well, here’s a shortened version of my story.

It was at the age of 23 when I decided to venture out of my comfort zone and move to a country in which English was neither the first language nor where I knew anyone. I am from a very large family, many of whom live in different parts of the world, my father’s side being Cuban and my mother’s primarily of Italian descent.

This is where my love for languages and culture grew. I grew up hearing the Spanish language and caught on to it very quickly. My father didn’t hesitate to share his Latin roots with the family, constantly playing salsa in the house.

Right after university, I decided to move to Colombia to teach English. Not only did I take in many aspects of the Colombian culture, but I also got a chance to share my own culture with my students.

Many of my students could relate, because Jamaica is relatively in close proximity to Colombia. However, some did have their misconceptions about Jamaica, which I was more than happy to clarify.

Some of them asked me if I smoke weed regularly and live by the beach. I felt like a broken record, with my answers always being“no” and “no”. I informed them that even though I live on a small tropical island, the beach is not my backyard, and not all Jamaicans smoke weed.

Many of them were dumbfounded by this. Some people went as far as asking me if I personally know Bob Marley, to which I would respond with a smile and educate them that he is no longer alive, but his music will always live on. A few persons did show their scepticism when I told them that I’m Jamaican. I was given a confused look, and some were hesitant to ask questions based on my physical appearance.

Fast-forward to six years later, at 29 years old. I decided I wanted to explore the eastern side of the world. I applied to do my postgraduate diploma in Madrid, Spain. This time, I was a little hesitant on my move.

Being older pressures you into believing you need to have it all together by a certain age, and me moving would put certain aspects of my life on hold. Still, I took the risk. Besides, who doesn’t want to live in Europe for a year?

My experience with the East differed with my experience in the West in many ways. To my surprise, many people were ignorant about Jamaica and what we stand for as a country. I was shocked!

Being Jamaican, you carry a certain type of pride wherever you go. So hearing that people didn’t know about us was more humbling than offensive. It also brought to my attention how power plays an important role in this world.

One day I was introduced as the “American girl” in front of a group of students. Apparently, people respect you more when you’re from a powerful country. I didn’t understand this mentality, but as time passed I began to realise that since Jamaica is a small, developing country, we are viewed by many as ‘poor’ – and to some, even insignificant.

My response to people’s ignorance about Jamaica is simply to make them aware of its rich culture by constantly talking about how talented our people are, how sensational our food is, how cultured our music is, and how beautiful our country is. I am mindful of the fact that many people think Jamaicans have a specific look, so I kindly let them know that we are a country of many nationalities. If I could walk around with my Jamaican flag everywhere, I would. I encourage the Jamaican diaspora to continue being a positive influence in this world, never forgetting where they came from. It is our patriotic duty to represent our country to those who have their doubts.

Christina Leon is an advocate for cultural awareness and affairs of the Caribbean diaspora and a recent graduate at the Universidad de Comillas in bilingual development and assesment. christinaashleyleon@gmail.com