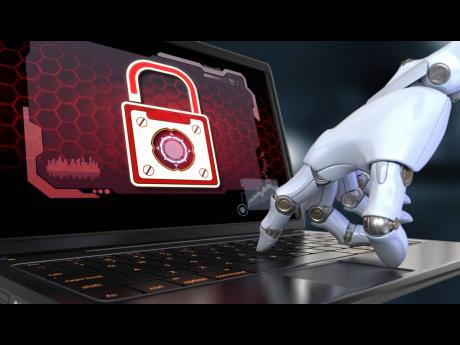 For playing the role of Wolverine in the X-Men film series from 2000 to 2018, Hugh Jackman, the Australian actor, holds the Guinness world record for the longest career as a live-action Marvel superhero. So when Jackman said, “I would love to have a robot at home,” it set me thinking, not just ahead but back into the very distant past.

In 1953, when I was eight years old, I had a robot at home. It was a new game known as ‘Magic Robot’ that was released in Britain in 1950 and soon became available in Trinidad. By that time, I was already a voracious reader and listener to the radio serials like The Shadow (my mother liked ‘Dr Paul’), and this toy fascinated me and helped to feed my love for knowledge.

Looking back at it from today’s vantage point, even though it was called a ‘robot’, it was nothing like Wall-E, the Waste Allocation Load Lifter (Earth Class), or anything even remotely close to R2-D2, C-3PO or BB-8 from Star Wars. It was essentially a small robot figure holding a pointer or stick in the centre of a circular pattern of questions.

You first rotated the robot to a question, and when the stick pointed at the question, you picked up the robot and put it in the answer area on a mirrored surface and it automatically rotated to the correct answer. It was never wrong. Never made a mistake. I am not sure who I got it from, but it was a breakthrough event in my development. Even though it used magnetism instead of any motor to find the right answers to questions and would be considered primitive by today’s standards, it was indeed magic to us, and I learned a lot of what was known in those days as ‘general knowledge’ from it. In fact, that Magic Robot stimulated two of my later passions – one for technology and the other for information.

The context was also important. The great Isaac Asimov, whose science-fiction books I later avidly consumed, had published I Robot in 1950 and introduced the term ‘robotics’ at the same time. The subject was fascinating and provided an exciting glimpse of what the future might hold. It made us think, even then, about the nature of intelligence and humanity.

I became a ‘techno-freak’, although my family kept insisting that I leave out the ‘techno’. I am still a kind of ‘Inspector Gadget’ and keep buying stuff I can barely afford because of their novelty or breakthrough value as technology.

In 1974, while in my final year at Carleton University in Canada, and despite the fact that theses had to be written, I decided to be the first student to include a television documentary as part of my thesis and approached the National Research Council (NRC) of Canada for help.

I was working on a documentary on a Canadian poet and lecturer, Mel Thistle, and wanted to animate excerpts from two of his poems. One year earlier, in 1973, the NRC had opened its facilities to Jakob Bronowski, the British mathematician and historian, for his famous, groundbreaking Ascent of Man series, helping him with what was breakthrough technology at the time, a process called ‘key-frame animation’.

Before then, the animator had to draw each frame separately, so at 24 frames a second, producing a 15-minute cartoon could take an extremely long time. What the technology did was to take the first and last drawings in a series and programme in the rest. The NRC insisted that I learn the two computer programming languages of the time, Fortran and Cobol, and then agreed to help me with about two minutes of animation, which required the closure of the facility to all other work for an entire night and using 38mm movie film for the images.

My return to Trinidad deprived me for a long time of access to computers, so when in the early 1980s, the Vic-20 computer was available at a relatively low price (for a computer) I bought one, and I have kept on exploring, buying and learning. I’ve never been without a relatively new computer, cell phone or gadget since. Even when I once lived in a basement, I had Windows.

Last month, there I was with June 14, Indranie’s birthday, fast approaching. I generally buy her a piece of gold, perfume and clothes. This time, however, I had to deal with an issue that only technology could solve. I hate housework. I do not like to wash cars, cut grass or do household chores. I am a reader and writer. I prefer to pay someone to wash the car or cut the grass. I washed the boat when I had one but not the cars, though I’ve had many. Indranie was on my back to vacuum the many rugs, mostly woollen, that she has scattered around the floors. They add a lot to the appearance of the house, but I hate having to take time from my ‘work’ for a chore that is so mindless. I had been following the saga of robot vacuum cleaners for a while, and despite Indranie’s resistance to artificial intelligence in any shape, form or function, I bought one for her as a birthday gift. With my usual thoroughness, I looked through the reviews and got one that several reviewers believed was the best value for money. Of course, she read my intentions clearly, deeming it a gift that I bought for myself, using her birthday as an excuse. However, it was too good a gift to turn down. From the moment our son Zubin made it operational, the robot, whose official name is ‘Deebot’ but is called ‘Wall-E’ by Indranie and ‘I (for ‘Indranie’) Robot’ by me, has been a hit, bouncing against the chairs and tables but thoroughly cleaning the rugs and floors. It initially scared our pet rabbit, Bugsy, but she, too, has got used to the metallic creature who is here fur better or fur worse.

I sit and watch Deebot whisking around the floor, its side brushes like little Hercule Poirot moustaches sweeping dust and breadcrumbs into its maw, carpets and rugs all part of its day’s work, and I say to myself, “There but for the grace of God, who made me a techno-freak, and technology which made me even lazier. Go, I.”

Tony Deyal was last seen thinking of buying a Wolverine robot but believes he can build one from scratch.