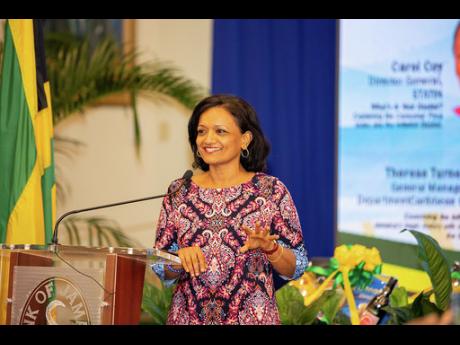 Your editorial, ‘A staff monitoring with IMF may be necessary’ on July 22, 2019, opined that Jamaica needs a staff-monitored programme with the International Monetary Fund (IMF) as a follow-up to the soon-to-be-completed precautionary Stand-By Arrangement, as was contemplated when the 1992 Extended Fund Facility concluded in 1995.

This is far from the case for Jamaica. Since 2013, under two consecutive IMF-supported programmes, Jamaica has established an exemplary track record of economic reform. Looking forward, the IMF’s routine annual economic health check, which every member country completes, is appropriate for Jamaica in the future and will allow for a broad and candid discussion of the policy options and trade-offs facing Jamaica.

Second, comparing Jamaica today to the economic conditions in 1995 represents an incorrect parallel. The 1995 programme ended at a time of macroeconomic instability that led to the ultimate unravelling of the financial sector and a subsequent increase in Jamaica’s public debt of 40 per cent of gross domestic produce (GDP).

This is far from the panorama we see today. Jamaica’s unemployment is at historic lows, primary budget surpluses have been above seven per cent of GDP for six years in a row, the tax base is significantly larger, inflation is low and stable, international reserves are comfortable, public debt has fallen 50 percentage points relative to GDP, significant steps have been taken to strengthen the financial system and improve oversight, business and consumer confidence are at all-time highs, credit is growing, and growth in 2018 was almost double the average of the last 30 years.

Jamaica has, over the last six years and two successive administrations, taken charge of its economic problems, institutionalised fiscal discipline, and built policy credibility. This was done through a plan designed by Jamaica that best met Jamaica’s specific needs over this time. The IMF was there to support Jamaica in its economic journey and provide advice along the way, but the path taken and the sacrifices made were 100 per cent Jamaican.

To be sure, Jamaica is not out of the woods – debt is still high, growth needs to be higher to create more jobs and improve living standards, and crime and poverty need to decline. The IMF is committed to remaining a partner to Jamaica in the years ahead and will continue to support the country’s economic reform endeavours through consultation, advice, and whatever form of help the Jamaican Government may need.

Jamaica and the Jamaican people are well-prepared for its economic independence after the Stand-By Arrangement comes to an end.