Ronald Thwaites | Parenting and back to school 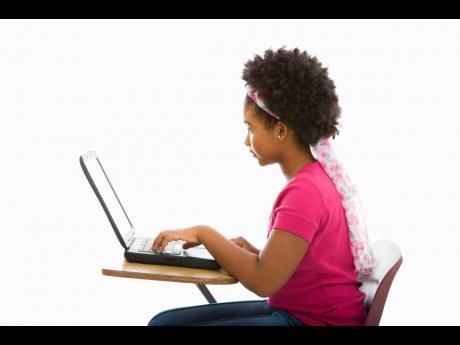 Scores of women and two men came last week pleading for back-to-school assistance for their children. Their dedication to education is ever impressive. Among the mothers, there is rare acknowledgement of babyfathers. “Him used to be nice, is only when the baby come …” or “him dead, in prison; “him try, but him no regular”.

Last week, too, I interviewed the principals of a striving primary school and an upgraded high school, both in the Corporate Area. They both spoke of the lack of readiness – emotionally and cognitively - of so many of the students coming to them. They emphatically relate this to inadequate parenting. “If parents don’t see the value of education, very likely the child won’t,” said the primary school head teacher. “Our school is held back by the half of our parents who do not participate enough, or at all, in the school life of their children”, complained the secondary school principal.

Simple values of regular attendance and punctuality are not inculcated in disordered homes. Good nutrition, homework habits, setting of boundaries for behaviour and moral tutelage are fitful.

Confused notions of freedom and individuality, rampant and encouraged in the culture, militate against the discipline and stability required for learning and general school effectiveness. Then there are other factors. Unrelieved poverty of pocket and spirit is the main one.

The principal of the primary school has to find food for 300 of his 500 students on a daily basis out of entirely insufficient resources. At the high school, upwards of half the students are on PATH and when the small allocation runs out, attendance drops by nearly a quarter. Please, this account is not a criticism of the government. This predicament is of national proportion. Note the drop by 15 per cent of the already poor mathematics results in PEP this year in comparison with last year’s performance.

Low parenting capacity, combined with the ineptness of the ministry, is behind the fall off by a catastrophic 20 per cent in language arts. Back-to-school costs are higher this year than ever before. I am seeing school vouchers which are, on average, 20 per cent higher than last year’s, book lists are as long and more expensive by the same factor, despite the fact that many pupils cannot read what is in them; and you can hardly buy a durable pair of school shoes for $5,000.

One grand a week out of minimum wage can’t do for lunch money anymore, and it must be only the minister who believes that transportation costs have not gone up too. We all want the best for our children and so the participation of two parents, hopefully two incomes and two positive influences are vital for good education.

But these ineluctable truths do not square with Jamaican reality. The mothers of the inner-city who come for help with their children know no other way but that they must struggle to bring up their children on their own.

Capricious, sexual liaison and pregnancy without male commitment is their lot. It is unfair. Their sacrifice is heroic but, as it often turns out, the outcomes for them and for their children are disappointing.

The state is deadly afraid of trying to influence this very personal area of personal behaviour. But government, on behalf of all of us, is expected to cope with the consequences.

The society looks, daily, straight in the face of family weakness and hopes it won’t really matter in some long run. Well, it does matter and the problem won’t fix itself. Weak parenting, caused by poverty or selfish hedonism, leads to poor educational outcomes. This, in turn, negatively affect productivity, becomes intergenerational, and all too often seeps over into the antisocial conduct which, when we reach our wits end, we resort to treating with repression, pretending to make a virtue of normalising the abandonment of our own rights for maybe seven years.

When will we be brave enough to promote a serviceable ethic for ourselves – that if I am going to have unprotected sex, I must be prepared to make a lifelong commitment to my partner, if only for the sake of the citizen we are likely to parent? Anything less is grossly unfair to each other, to our child, and to the nation.