David A. Comissiong | Why CARICOM must celebrate Emancipation Day 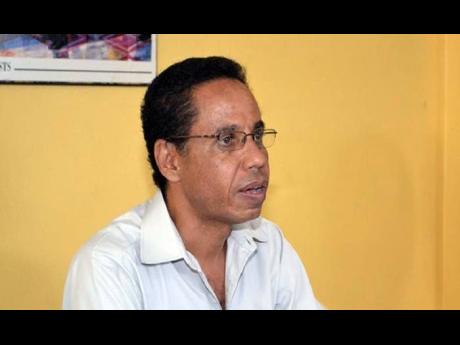 This Thursday, August 1, 2019, is Emancipation Day – the day on which we celebrate the anniversary of the 1834 abolition of slavery in the British Empire and full freedom in 1838. But it is also a day on which we should celebrate our heritage of Caribbean integration, for the truth of the matter is that the successful effort to achieve the abolition of slavery was very much a regional enterprise.

Make no mistake about it: While there were several economic, political and humanitarian factors that contributed to the making of the decision to abolish the British slavery system, the most potent factor by far was the sustained and uncompromising rebellion against slavery in the Caribbean by our enslaved foreparents.

Indeed, American historian Michael Craton, author of the book Testing the Chains, has identified no fewer than 75 slave plots and rebellions in the British West Indies in the 200-year span between 1638, the beginning phase of British slavery in the Caribbean, and 1838, the year in which the slavery system finally collapsed in the British colonies.

Here is a shortlist of some of the most important uprisings:

- 1638: A Christmastime rebellion on the island of Providence involving hundreds of slaves.

- 1675: A ‘Coromantee plot’ in Barbados designed to capture the island and install an enslaved Coromantee named Cuffee as king.

- 1690: A alave uprising in St Kitts to coincide with a French invasion of the island.

- 1730: The first Maroon War in Jamaica, involving Cudjoe, Nanny and many other leaders.

- 1735: An islandwide Afro-creole plot in Antigua led by King Court and Tomboy.

- 1785: The first Maroon War in Dominica led by Balla and Pharcell.

- 1823: A massive rebellion in Demerara (present-day Guyana) led by Quamina and many others.

These rebellions sent such a forceful message of uncompromising hostility to slavery that in 1819, a full three years after the Bussa Rebellion of Barbados, the British governor, Lord Combermere, was still writing to the Colonial Office and warning that “the public mind (in ‘white’ Barbados) is ever tremblingly alive to the dangers of insurrection”.

This assessment of the situation was borne out by Daniel O’Connell, the Irish leader in the British House of Commons who, in 1832, declared in Parliament that “the planter was sitting … over a powder magazine, from which he would not go away, and he was hourly afraid that the slave would apply a torch to it”.

Thus, it was really the enslaved Africans themselves – our ancestors – who, in the final analysis, were ultimately responsible for the abolition of slavery, and they accomplished this epoch-making achievement collectively as a regional enterprise!

This just goes to prove – once again – that we, Caribbean people, are so much more effective and powerful when we strive together, thereby achieving mighty and compelling synergies between our individual efforts. But this is something of which we are already very well aware, isn’t it?

EDITOR'S NOTE: The 1831 slave rebellion was corrected as the Baptists War. We apologise for the error.

David A. Comissiong is Barbados ambassador to CARICOM. Email feedback to columns@gleanerjm.com.