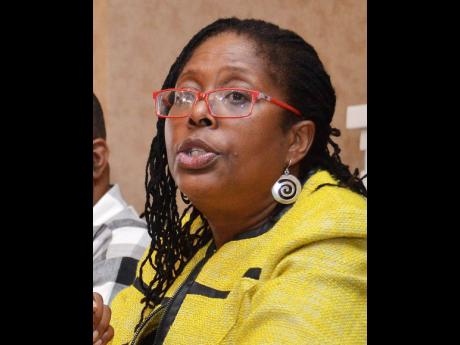 Bun are very hot. You may be wondering why I say are, but it’s because bun is plural, for it doesn’t come singularly. When you find out about one piece of bun, it means that many loaves have gone over the counter undetected.

We all know that pain, disappointment, and the most excruciating emotions of betrayal get triggered by the bun. That’s why you’re lying there curled up in a fetal position bawlin for yuh mama. Yuh neva know it so hot!

At another level, bun are very cold. And I don’t mean by that only to comment on the heart of the bun-giver, although that sort of behaviour is commonly described as ‘cold’, too.

I also mean that it’s rather more like the common cold than we would like to acknowledge, particularly in Jamaica with our highly developed traditions of polyandry and polygamy all rolled up into one.

Like the common cold, you’re going to get it at some point, and there’s no real way to prepare. It spreads contagiously and easily. There are some people who get a cold infrequently, some only during certain seasons like Christmas when a money-man or hot girl ‘touch dung’, and others have it pretty much all the time.

Now as I continue to repeat, this is a family newspaper, and so it’s not really my plan to hold forth on the general facts of bun. Not even of Jamaican bun, which is, naturally, more spicy, fruity, and hotter than bun elsewhere, but a crucial part of our cultural legacy. Not at all.

The matter arises because last week, we were treated to the most spectacular example of political bun in recent memory, all made more poignant because the bun-recipient memorialised and carefully charted it in pages and pages of detail.

I speak, of course, about the fratricidal clash of Peters currently under way in the People’s National Party, the announcement by Angela Brown Burke that she is ‘Rising’, and the forlorn letter by her husband Paul in response.

My handy-dandy Gleaner arrived this morning with a helluva headline: ‘Rise United goes clear with MP support – Brown Burke a torch bearer of Simpson Miller’s legacy’. It read: “Her declared support for the Rise Team camp sent political ripples not only through the party, but also through her household, with a scathing 14-page letter written by her husband, former PNP General Secretary Paul Burke, coming to light. Burke lamented that she had led him to believe that she would be backing Phillips’ candidacy.”

Now when The Gleaner says “scathing”, you may be tempted to believe that’s a bit of overstatement. I assure you, it is not. I have read the missive, which is, in the first and final analysis, a love letter by a politically jilted man utterly confused about what’s happening to him. Numerous times he describes himself as not only confused, but bewildered.

I give Paul enormous credit for the full-throated public expressions of deep love and longing at such an obviously painful time for him. Hush Bredda Pablo. But even so, the paperwork was riven through with amazing self-deception.

The most jarring feature is Paul’s insistence that he is giving objective “political” analysis about the PNP, not whining about a wikkid piece of political bun and that he’s merely opining on an allied Comrade who, by the way, happens to be his wife of 35 years.

This is the old leftist conceit that the personal and political could be sealed off into distinct categories, and it’s excruciating to see Paul assert it while violating it over and over again. This is the kinda thing bun will do to your brain.

But only desperate love explains the harsh language of deception and betrayal. In fact, since I moonlight as a half-time psychologist and quarter-time literary analyst, I was alarmed at one part. Following hard on the heels of an emotionally excruciating paragraph about Angela not owing him an explanation despite them being each other’s “strongest political allies and support base”, and despite her being his “wife and very best friend in life”, came a story about a man chopping up his wife in St Mary. I kiddeth you not.

Now these anecdotes don’t arise by accident. I immediately called a common associate and asked him to check pon Paul because dis ting a get serious and bun are very hot.

I am hardly an expert at political love letter, but I’m going to creep out of my comfort zone and suggest that this particular one from Pablo should have begun and ended with nine words that can actually be found hidden in the document: “Angela has every right to support who she wants.”

We have some other political couples at work on the island, and it’s important that this thing doesn’t become a trend. Andrew Holness and Daryl Vaz, I’m talking to you directly right now. If you’re EVER tempted to siddung and write your analysis of the Jamaica Labour Party from the point of view of a man who just get political bun, have a drink or burn a spliff (depending on taste), back away from the keyboard of the computer, curl up into the fetal position, and call the therapist. Do NOT hit ‘Send’.

Anyway, there are deeper implications to this whole episode. You see, I did not know that Peter Bunting was a political bunna man with such skill and execution until all of this bruk out like sore last week. It’s not my intention to comment on the PNP presidential race just yet, but you can safely conclude that the man is serious. There you are thinking you’re safe, but Joe Grind inna yuh vineyard and inna yuh gungu walk, and likkle after that, is pure bun ting a gwaan.