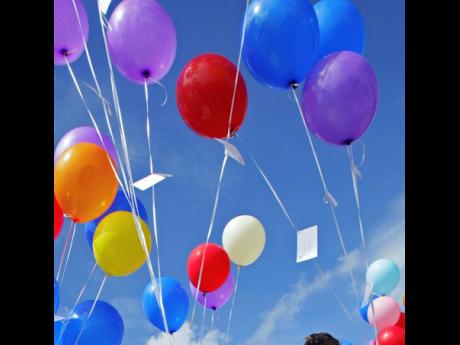 I can remember when the air was clean and sex was dirty. This is how far back my memory goes. In fact, until I went to an optician when I was 11, life was a blur. Today, I am 74 years old, and if my longer-term recall serves me right, and that is much better since I started using a memory foam pillow, I’ve been looking forward to this day for the past five years.

The night before that birthday, I fell asleep just after midnight from too little rest and too much CPL cricket. Then the phone rang with the noisy, irritating, insistent, and close-to-deafening ringtone that I prefer because while I might be deficient in other areas, I am hard of hearing.

This caused me to leap, fly, and fall out of bed. I almost strangled myself because I had forgotten that now in my post-middle age, I have to use a CPAP machine with what is known as a ‘flexible’ hose, one end attached to my face and head, covering my nose with a mask like Bane in The Dark Knight Rises, and the other connected to the machine that pumps air. I ended on the ground with the machine, my glasses, the hose, and my phone, but not in the same spot.

The problem with the word ‘hose’ is that it can be misinterpreted, especially by doctors. Think of the reaction by an ER medic when I tell him that some flexible hose got me down the night before my birthday. The best reaction I can expect is a knowing smile and the response, “I hope you were not celebrating with a bunch of old hose.”

That is why on what was my 69th birthday, connected to a machine, flustered by a phone call, and requiring my glasses to find my glasses, I took the snide remarks of my friends about the sexual connotations of that particular number and the Sparrow tune about the number being 69 with equanimity. I told them that I would feel better at 74, or, in other words, 69 with five people watching.

I’ve actually taken the number up to about 90 because after a long time of keeping my birthday as a very small family celebration only, I have invited about 21 of my friends, two of whom celebrated their birthdays this week, to join me. One of them, Professor Ken Ramchand, was 80 on Monday. Unlike me, he does not need memory foam.

“In the central place of your heart, there is a wireless station. So long as it receives messages of beauty, hope, cheer, grandeur, courage, and power from the earth from men and from the Infinite – so long are you young. When the wires are all down and the central places of your heart are covered with the snows of pessimism and the ice of cynicism, then are you grown old, indeed!”

My other friend who will be with us on Saturday is Johnny Commansingh. He was 67 years old yesterday and has another two years before he makes Sparrow’s Hall of Fame or infamy. Johnny is the author of six books, one of which, about his growing up in what was then a rural area of Trinidad, tells matter-of-factly the story of a mother with nine children, all beaten almost daily by her husband, who then absconded. Yet, despite the poverty and pressure, Johnny’s mom was able to bring them up to become successful in whatever fields they chose.

Johnny was a university professor in the US, a poet, writer, and artist, and plays a mean ‘quatro’, banjo, or ukelele and classical guitar. I mentioned Sparrow because later today, Johnny plans to provide the music to my bits and pieces of calypso history from the ‘50s to the early ‘90s, and we have invited Jean, Dinah, May-May, Theresa, Monica Doo-Doo and even Melda to be here.

What is remarkable is that although we knew about one another for a long time, it is only within the past two years, at most, we have become closer, Johnny through his contributions to an online literary magazine, My Trinidad: Yesterday, Today and Tomorrow ( mytrinidad.net), which I started, and Ken because the time had come. We both love fishing, humour, and appropriate quotes from Shakespeare, Keats, and other English writers and never miss the opportunity to let one loose. Ken is also the world expert on West Indian literature, especially Naipaul, or what I tell him is an area of darkness.

There are two other people I would have loved to invite. One is my friend Kamal Abdool, the president of the Trinidad and Tobago Diaspora Association in Florida, who was 65 on Monday. He is one of the best spontaneous humorists and quipsters around. The other is George Burns, the American comedian, actor, singer, and writer who died in 1996 at the age of just over 100. If George were here, he would hold his cigar in one hand and a scotch in the other and tell us that everything that goes up must come down but that there comes a time when not everything that’s down can come up.

With a smile, he would say, first you forget names, then you forget faces, next you forget to pull your zipper up, and finally, you forget to pull it down. He would warn us that sex at age 90 is like trying to shoot pool with a rope. But then, he would say, “I’d rather be over the hill than under it.” He would end by sharing with us that grief, tragedy, and hatred are only for a time, but goodness, remembrance, and love have no end. Enough. The party beckons. Time to call that George.

Tony Deyal was last seen quoting George Burns, “People ask me what I’d most appreciate getting for my 87th birthday. I tell them a paternity suit.”