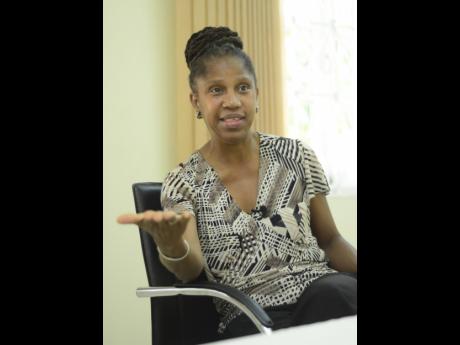 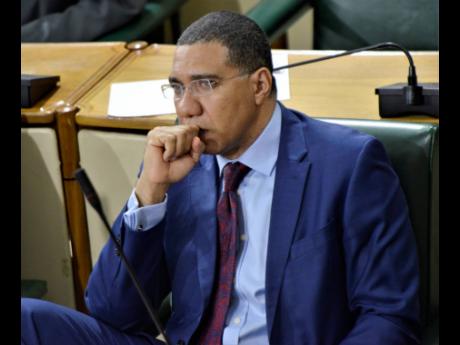 Prime Minister Andrew Holness has come under fire for the delay in his submission of declarations to the Integrity Commission. His 2018 filings have been gazetted but it is still unclear whether the commission has given him the green light on his 2017 declarations. File
1
2

Various factors have cultivated an environment of low trust in Jamaica. Among them have been both anecdotal and empirical evidence of corruption in high and low places.

The belief that politicians are corrupt is near total in its prevalence. Some 97 per cent of Jamaicans surveyed believe that local politicians are involved in some form of corruption. Three out of four Jamaicans feel that half or more of our politicians are corrupt. This is item number one in a list of main findings of the report, The Political Culture of Democracy in Jamaica and the Americas 2016/2017, a February 2018 publication of the Vanderbilt University, Latin America Public Opinion Project’s AmericasBarometer report, authored by Professor Anthony Harriott and Balford Lewis of the UWI and colleagues of Vanderbilt University.

Your material possessions usually have some correlation to your income/financial sources. Tax authorities and police in many jurisdictions often pay attention to those who display significant material possessions or levels of consumption when little is known about the source of their financing.

That is why people of no known commensurate means who build or buy ‘big house’ and expensive cars tend to attract law-enforcement attention and/or the attention of tax authorities. Are their gains ill-gotten? If they have the sources of income implied in their assets, where from? How come? Do their tax payments accord with the implied wealth? These are important, legitimate questions in any country concerned with, and serious about tackling corruption and crime.

It is, therefore, startling and unacceptable that the prime minister should seek to deflect questions about the source of income for his considerable assets, by declaring such inquiry as “bad mind”.

Where does it come from?

The prime minister himself speaks of his humble beginnings and early entry into political representation. His biography does not include any high-paying employment or business experience prior to his holding political office. From whence, then, does his wealth come?

Much of the prime minister’s known real estate holdings are owned by ADMAT Inc, a company registered in St Lucia, in his and his children’s names. Are the details of the wherewithal of that company – its nature and revenue, etc - included in his declarations to the Integrity Commission?

If, in relation to himself, the raising of such questions is discouraged by the person who holds the highest office in the country, the prime minister sets the stage for our not asking about, and insisting on, full disclosure from anyone else.In a country of high crime and corruption, this is a recipe for continued disaster.

Carol Narcisse is a civil-society advocate. Email feedback to columns@gleanerjm.com.