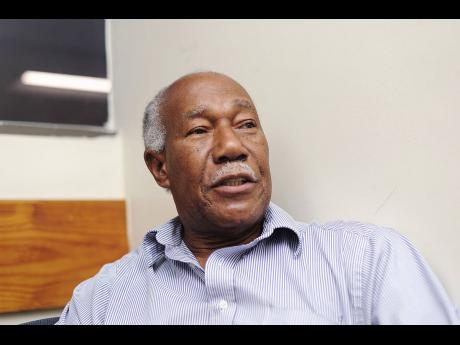 In highlighting one of several positive achievements, policymakers point to inflation targeting. This can produce stable, predictable, and fairly low-to- average rates of inflation, as well as stronger economic growth. But before getting excited about the merit of this policy measure, further examination is necessary.

First, information determining our inflation numbers is outdated. Second, our focus in transitioning to a low-inflation economy must be accompanied by equivalent results in the productive sector, to not stifle output, especially in agriculture. Third, by suppressing incomes to satisfy our low-inflation objective, we are accelerating lawlessness, particularly in transportation.

Last week, new Bank of Jamaica Governor (BOJ) Richard Byles heralded the effectiveness of Jamaica’s low inflation rate, which in the coming months could fall below the targeted rate of 4%-6%.

This low inflation rate, according to the governor, justified the bank reducing the indicative interest rate even further to 0.5%. Such a move is expected to stimulate faster expansion of private-sector credit. This should lead to higher economic growth commensurate with a modest uptick in inflation in line with forecast rates of 4%-6%.

This has been the 11th decline in interest rate in the last two years. Each time there has been heightened expectation of meaningful growth, so far it has eluded us.

Inflation targeting is a monetary policy tool that assumes that the central bank will meet a targeted inflation rate or range within the near and medium term.

To ensure that BOJ achieves its target, certain institutional arrangements must be in place. There should be a free-floating exchange rate regime, like B-FXITT; strong marketing and communications; and the bank’s primary focus must be achieving a tolerable rate of inflation.

Also of importance is adequate capitalisation of the bank. Minister of Finance Dr Nigel Clarke is on record to make this happen.

BOJ’s marketing and communications have benefited from the popular singer Tarrus Riley, whose famous hit, She’s Royal, still captivates audiences. Riley’s musical themes and other jingles are heard frequently over the airwaves romanticising the advantages of average, stable, and predictable inflation. Such outreach dumbs down inflationary expectations and limits volatility.

The bank also conducts seminars and hosts conferences to sensitise the public to the virtues of inflation targeting.

Every 10 years, the country collects household data to determine what should be in a basket of goods that determines the Consumer Price Index, and what should be the weighting of items in that basket

The last official data collection with published information was done in 2006. Another one should have been completed in 2016 to reflect changes in the composition of the basket and the weighting of the items.

The Statistical Institute of Jamaica has been collecting new data to bring 2006 to the present, but, in the interim, the old basket, instead of a new and relevant one, has to suffice in justifying the price changes we deem so important with inflation targeting. That’s not good.

Our agriculture, in terms of modern equipment, technology, data collection, market, marketing, grading, rural road improvement, water distribution and storage, insurance, farm protection and security, is in a time warp of a century far behind us. This retards economic output.

How our farmers and market vendors manage is a miracle involving a capacity for pain, endurance, and belt-tightening, that’s neither natural nor normal.

With an open economy and a primary focus on inflation targeting, any shortfall in domestic farm output is offset immediately by imports, deflecting opportunities for gains in domestic productivity and adjustments that might be necessary if input prices increase.

It is great that interest rates are declining and there is more liquidity in the system, but farming is a very risky business, especially when there is more talk by our legislators than action and more exhortation than implementation.

RADA is doing a fantastic job, but our farmers who work so hard must have improved infrastructure, capital goods, and enhanced opportunities in technology, like the mobile robotic solar panel for agricultural use built by Vere Technical High School students, to compete globally. Our bloated food import of US$900 million annually can’t continue.

Taxis are our primary passenger movers, but drivers have not got a fare increase in years. Since then, the dollar has devalued from J$89 to J$137, licensing fees and insurance have soared, and automobiles and automobile parts have increased astronomically.

When you talk to taxi drivers who rent their cars, they have to be working 10, 12, 14 hours a day to pay rent and eke out a living. When you talk to vehicle owners and hear their tales of woe regarding pothole-induced damage and the high cost of replacement parts for normal wear and tear, you feel their pain.

But who weeps for taxi drivers? Who cares about their plight? They are regarded as lawless bandits chasing the Almighty Dollar with vehicles they have weaponised to break every rule of the road.

The cost of operating a taxi has doubled since the last fare increase yet Government has not approved fare increases. Why?

First, it would be political suicide. Both parties have sidestepped this issue.

Second, the poor consumers could not manage. So, the Government subsidises the public bus service to the tune of billions, but private taxi drivers must subsidise the commuting public.

Most important, transportation has a massive flow-through impact on prices, therefore the doubling of fares, which taxi drivers are requesting, would burst the Government’s well-honed, low-inflation targeting strategy.

In pushing back at taxi drivers deserving of a fare increase, Government doesn’t have to worry because nobody comes to the defence of taxi drivers. What a high price to pay for prices being low!