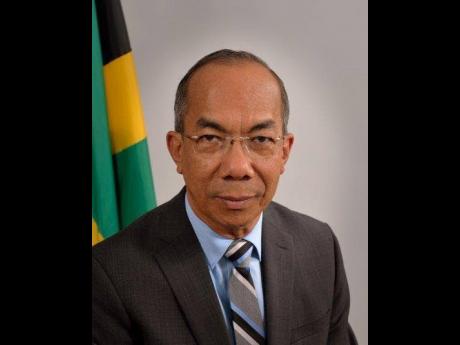 By our very nature, history and culture, Jamaicans are a proud people. We are proud of our identity as Jamaicans, and proud of our heritage that binds us as one. This is most evident when Jamaicans cross paths overseas.

The mere recognition of our Patois, our unique reggae-infused accent, and manner of speaking, acts as a magnet that pulls us to each other. This show of ‘com-unity’ and respect on the basis of a shared identity have always been the cornerstone of Jamaicaness.

Here at home, we have observed the gradual erosion of this spirit of Jamaicanness. Increasingly, our citizens have adopted selfish, arrogant and hostile tendencies towards each other, which, over time, have given rise to serious security issues.

While the work of the police has community engagement entrenched in active outreach, efforts have not successfully mitigated against the evolving trend towards public disorder, and heinous crime and violence.

In seeking to provide an alternative to this negativity that is taking hold of our society, and in an effort to steer the country back to its traditional values and morals, the Ministry of National Security recently launched the LIV GUD campaign.

HERITAGE THAT BINDS US TOGETHER

The objective of LIV GUD is to remind Jamaicans of the strong, positive traditions and heritage that bind us together as a people, and to reignite a sense of identity, belonging, and ownership of Jamaica.

LIV GUD is a partnership between the Ministry of National Security and the Jamaican people to take a stand against anything that violates the person, good living, public safety and pubic order. This campaign is geared towards strengthening social inclusion in crime-fighting and violence prevention, and reinforcing the social contract between citizens and the State.

The mantra LIV GUD is familiar to all Jamaicans. It reminds us of a time in our nation’s history when we would take care of ourselves and each other, despite challenging circumstances. LIV GUD is seeking to restore that sense of fellowship, decency and hope among all Jamaicans.

We all have a role and a responsibility in preserving the integrity of ourselves, our communities and our country. This includes the work of the church, youth clubs, citizens’ associations, civic groups, public and private sector, community-based service providers, business operators, uptown, downtown, midtown, urban and rural. It is imperative that we all see ourselves as influential agents of change with an important role to play in building the best Jamaica today, for the benefit of future generations.

Simple acts of kindness, keeping the children safe, respecting the rule of law, maintaining public order on our roadways, keeping a clean police record, and respecting ourselves and each other are just a few examples of how we can and should LIV GUD.

For its part, the Ministry of National Security continues to put in place more robust citizen and community safety programmes, and rigorous legislative, regulatory and institutional reforms for improving our national security. This mandate is built on Plan Secure Jamaica, which provides the framework for creating a safe, secure, cohesive and just society, in order to move the country forward.

LIV GUD embodies the gamut of work that is being undertaken by the ministry in tackling issues relating to organised crime, corruption, gangs, illegal guns and drugs, cybercrime, public order and public safety. The idea is to secure Jamaica in a new and better way by innovatively confronting global challenges that have local impact. We are working to ensure that there is public order and public safety so that Jamaicans can have the opportunity to work, do business, raise their families, and LIV GUD.

We are building out our security forces, both in terms of numbers and specialised formations, while we are simultaneously investing in developing a modern, fit-for-purpose police force. By making these investments, and updating Jamaica’s security infrastructure, it is envisaged that there will be increased efficiency in police operations, and improved relations between the police and the general public.

These improvements will result in a more transparent, fair and equitable enforcement of the law, making discretionary privileges redundant. In this way, we can expect that there will be improved public order and public safety so that Jamaicans can LIV GUD.

The Government considers the loss of Jamaican lives at epidemic proportions to be a matter that warrants an emergency response. This epidemic of violence must be cauterised in order to save Jamaican lives. These emergency security measures have been successful in stopping Jamaicans from killing each other, and enabling the restoration of stability to the most volatile areas.

The zones of special operations are yet another strategic initiative that is geared towards improving the environment and the social situation in communities whose residents are experiencing a loss of hope because of neglect. In engaging these communities, essential social services are provided to stimulate the self-confidence, self-worth, and sense of identity of the residents. This is achieved through partnership with other key ministries and agencies, such as health and education, the Registrar General’s Department, and the Citizen Safety and Security Branch of the Jamaica Constabulary Force.

Special attention is also given to preserving the mental and social well-being of the children and youth. We utilise case-specific behaviour modification programmes, and prioritise the use of music, technology and sports (MST) within the schools as a catalyst for individual, family and community behaviour change. These interventions have been well received by the residents, who are now equipped to seek better opportunities for themselves through work, education, and entrepreneurship, so that they can LIV GUD and contribute to building a better Jamaica.

Addressing organised crime, corruption, and cybersecurity have also been among the ministry’s areas of focus. Our efforts to disrupt and downgrade these networks have been buttressed by the work of the Maritime, Air and Cyber Command of the Jamaica Defence Force; the Major Organised Crime and Anti-Corruption Agency, and the Counter-Terrorism and Organised Crime Branch. These specialised formations are aggressively pursuing, identifying, investigating and apprehending criminals who are seeking to perpetuate criminality, and undermine the very moral fibre of Jamaican society.

We are also carrying out extensive work on the legal framework to give impetus to crucial pieces of legislation that will significantly impact prosecutorial outcomes and enhance public order and public safety. These include the Proceeds of Crime Act; Firearms Act; Major Organised Crime and Anti-Corruption Agency Act; Noise Abatement Act; and the Criminal Justice (Suppression of Criminal Organisations) Act.

It is anticipated that the culmination of this multifaceted work that is being undertaken by the ministry will facilitate Jamaicans living better lives because of improved public safety, public order and the reduction of crime and violence.

Similarly, strategic projects such as JamaicaEye, the revamped Traffic Ticket Management System, and the expansion of the Smart Communications System will enable Jamaicans to feel safer, while expanding the capacity and improving the efficiency of the police force.

I am confident that Jamaicans want to LIV GUD. The Ministry of National Security is doing what is required to create an environment in which all Jamaicans will be each other’s keeper, exercise goodwill, show respect for each other, and LIV GUD.

- Horace Chang is the minister of national security and member of parliament for North West St James. Email feedback to columns@gleanerjm.com