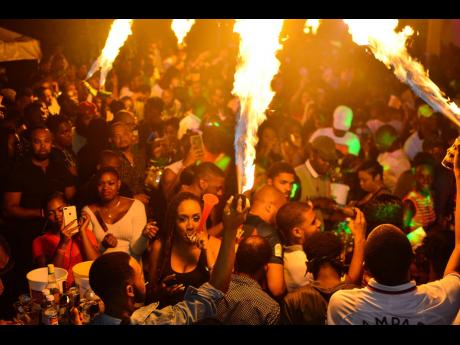 Anthony Minott
Music has a great influence on the minds and characters of human beings.

Jamaica was once a fairly peaceful place, a place where many Jamaicans were proud to call home (some including myself still are). But over the last 20 years or so, our nation has become quite literally a battlefield and our streets are paved with innocent blood!

As a nation, we have moved all the way from ‘One Love’ to ‘Killy Killy’! And the nightly news never fails to send you off to bed in near depression. If this is not a problem worth tackling with our greatest collective effort, I honestly don’t know what is!

There are many factors that have contributed to this negative change in the state of affairs of our country, but one of the leading influences that we would be foolish to ignore is our dancehall music. Music has a great influence on the minds and characters of human beings.

Also to add, I have had my own experience with how negative music induces negative thoughts and feelings. I was in a taxi recently and a dancehall song was being played – one that we would refer to locally as a ‘gun tune’ – and believe you me, when the lyrics of that song began to seep into my mind, I could literally feel my regard for human life decreasing! And that was just after one song! So just imagine our youth feasting on music like this! Must we now expect a decent and orderly society?

WE NEED TO WAKE UP!

Do we really believe that this bag of ZOSOs around our country are gonna help to curb crime when it is the minds of our people that have been infected? We need to wake up! It does not matter in the least who stands to benefit financially from the production of these gruesome and violent music!

We are facing a tremendous crisis in this country that requires prompt and serious action up to the highest levels of our government. I propose that all music that has any violent or aggressive lyrics (including sexual aggression) be banned in all public spaces, including public transportation. The consequence of violating the ban should be a hefty fine or jail if the fine cannot be paid and all artistes who produce such music should be subject to the ban as well.

In closing, I am impressed to say that the Good Book says that “Righteousness exalteth a nation: but sin is a reproach to any people”. In other words, if we do not brave up and call this thing out on the carpet and work towards a solution, our country will go down, you can count on that!

We are living in desperate times and if we stand aside and look, if we neglect to take action, our children will grown up in a living hell while they listen to stories from us about what purgatory was like! Think positive, be positive and stand for what is right, regardless of what you stand to lose. God bless.

Glowmaine Rowe is a graduate of the University of Technology. Email feedback to columns@gleanerjm.com