Glenn Tucker | Teen violence: A problem or a phase? 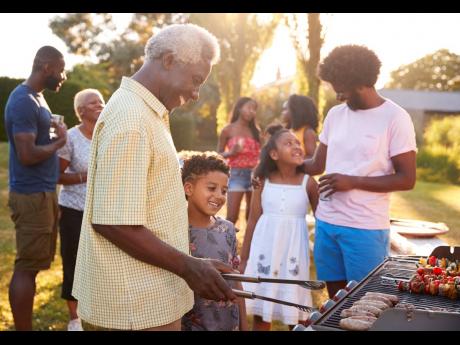 Where has family values gone?

I was asked to participate in a discussion recently. The subject for discussion was ‘Two problems facing Jamaica in 2020 – murder/suicide and violence in schools’. My position was that this was not two problems but two phases of one problem. I then focused on what I consider to be the bigger problem – what is euphemistically called ‘violence in schools’. But who is paying attention?

There are still cases making the evening news in which breeders, with no marketable skills, no job, no home, and no visible means of support, are surrounded by eight, nine, and 10 children in need of help. All the usual experts put in their 10 cents’ worth of advice. Various corporate bodies make pledges. But there is just one question that is never asked: where are the fathers?

Children are abandoned like wild animals on school premises each morning to contaminate and terrorise the others whose parents devote all the resources they can muster to bring them up properly. But there is just one question that is never asked: where are the parents?

In the last case of violence in schools that made the news, the education minister headed an array of educators and administrators commenting on the problem. We heard proposals for newer, longer, taller, tougher fences. More security. Children’s services. Everything, really. Just one word was never mentioned: ‘parents’.

We were not angels when I attended school. One person was sent to watch and alert us when the teacher was coming. When we got the signal, everyone sat down and put on our most angelic face. We stood when the teacher entered.

Girls were told that they were young ladies and young ladies kept their legs together. But that’s not what I am seeing on social media?

With all the violence I have been seeing in schools, the most disturbing did not involve any physical violence. It was a group of second form boys from Wolmers’ using gutter language to berate the principal of the girls’ school who was simply trying to uphold a longstanding rule. It was truly worrying. What is happening?

Anger is a normal part of adolescence and can be a healthy emotional response to outside stressors. It is really a secondary emotion for teens, as it often masks other underlying issues – sadness, hurt, fear, and shame. There are several steps parents can take to help manage teen anger. But these parents have to be available.

The causes of teen anger are many and varied. There are those who attribute it to Attention Deficit Hyperactivity Disorder, the most commonly diagnosed mental disorder in children in which they may be hyperactive and unable to control their impulses or pay attention. Or Oppositional Defiant Disorder, when children argue with adults, throw temper tantrums, blame others, and are vindictive and spiteful. The claim is that parents are not responsible for these cases. I disagree.

Pregnant women are getting into conflicts. Some are at every social event drinking and smoking. Just 16 days after fertilisation, an embryo forms in the neural tube. A pregnant woman who drinks causes alcohol to pass from her blood to the baby’s blood, which damages and affects the baby’s cells. Brain and spinal cord are most likely to have damage.

In addition, many of our children, especially girls, are carrying enormous burdens of stress and depression. These stem from pressure to stop wasting their time with school boys because they can’t ‘help’ them. Explicit instructions are given as to who to befriend and what to do to get money. More subtle suggestions are given, such as being tasked with the responsibility to assist with rent and other bills. They have to lie to different men, having so many baby fathers. The children have to deal with the endless succession of ‘uncles’ and stepfathers; enduring scenes in which their mothers submit to violent and disrespectful men.

Without all the tools for a scientific investigation, I do what I call ‘snooping’. My professor of scientific method, the great Carl Stone, made it very clear to me what is unscientific. But he admitted that my ‘snooping’ sometimes yields important information that comes in handy during scientific research.

1 A girl kills her classmate. We talk and forget. But my relentless snooping revealed that a fuss started between the girls and was forgotten shortly thereafter. News gets to the mother who determines that her daughter did not ‘win’ and insists that she renew the conflict to ‘get her rights’. She demands that this be repeated, on three occasions. On the third occasion, the classmate is stabbed and dies.

2 An obviously distressed girl is encouraged to share what is troubling her. Her new stepfather is molesting her at nights while her mother sleeps. This is easy since her mother keeps the entire neighbourhood awake with her snoring. It is suggested that she report the matter to her mother who tells her she is lying.

Plan B. The next night in the darkened room she takes the one small garment he wore and quietly closes the door locking him inside – naked – and calls her mother. The outcome is not what she expected. Her mother sits her down and explains that this man is paying the rent and can’t leave, so it is best if she finds somewhere else to ‘stay’. Well, problem solved.

Fourteen months later, she has been forced to grow up overnight. She is a dancer in a seedy night club and is allowed to ‘stay’ with the stable of women on the premises. She will be 17 this Easter Monday but has a copy of her 21-year-old aunt’s ‘age paper’ just in case.

3 I pass a girl at the bus shed on Perkins Boulevard at 7:30 a.m. Much later in the day she is still there. So I turn back and break the ice with some joke about school being on holiday. Yes, she is prepared to allow me to take her to school but she was told not to return without her father. So, can I tell school officials I am her father?

We decide on a different role for me and head to school. In answer to my query, she explains that her mother lives in another community. The last time she saw her was at the Soca Road March the previous year. The school claims that she is highly intelligent but, directly or indirectly, behind every conflict at the school.

Two years after graduation, she is gang raped, murdered, and her nude body discarded on the Greenwich Town Fishing beach, courtesy of her boyfriend. The same boyfriend whose beating sent her to hospital for a week, five months earlier.

Some of the more common triggers of severe anger in children are:

- Conflict in the family

- Death of a loved one

Of the 11 videos of violent teens I have received since last November, all of the aggressors are experiencing at least five of these stressors. Two are experiencing nine of them. I can’t identify the ‘Wolmers Weasels’.

We have spent decades exhorting parents to be parents. This, clearly, is not working. We are in a crisis because these pimps and parasites parading as parents have unleashed this army of twisted social misfits on the nation. Those who Google for solutions will be advised to “seek counselling”, “visit a psychiatrist”. These options are out of reach for most of those who need these services.

The time has come to legislate parental duty to control and supervise their children. There must be laws that hold parents liable for the damage caused by the conduct of their children. This includes disruptive behaviour.

The parent’s lack of knowledge of the child’s conduct is irrelevant and the parent is liable for the damages caused by the child’s negligent or wrongful actions. I think lawyers call this “vicarious liability”. This serves to compensate victims as well as encourage parental control.

Save these video clips, for these are the same faces that will be terrorising the nation in the near future.