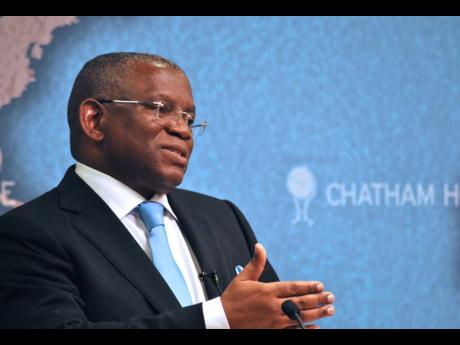 I last dealt substantively with the post-Cotonou Negotiations of the African, Caribbean and Pacific (ACP) Group and the European Union (EU) when the 26th Council of Ministers’ Meeting of the Caribbean ACP Forum (CARIFORUM) was held in St Vincent and the Grenadines on January 17.

Since then, the United Kingdom (UK) left the EU and is now starting trade negotiations to determine its future relationship with the EU27. The UK is in a transition period up to December 31. The Gambia assumed the chair of the ACP Council/Committee of Ambassadors from February to July. H.E. Georges Rebelo Chikoti of Angola assumed the post of ACP Secretary General on March 1, replacing Guyana’s Dr Patrick Gomes.

The Cotonou Partnership Agreement (CPA) would have expired on February 29, but the ACP and EU agreed to extend it to December or until the new post-Cotonou agreement is concluded and signed.

An EU press release on this meeting gave a positive assessment. Minister Dussey described it as cordial and productive with discussions being frank and direct. He said that both chiefs noted the significant progress made in the negotiations on the common foundation and the regional protocols. Commissioner Urpilainen spoke of her commitment to accelerating the talks to reach a final conclusion as soon as possible.

It was further reported that substantial progress was made on the regional protocols. In the following weeks, the ACP and EU negotiators in Brussels would be working to achieve consensus on texts. It seems negotiators would need to conclude their negotiations before the 111th ACP Council of Ministers’ Meeting scheduled to be held in the Democratic Republic of Congo in April/May. A joint ACP/EU Council Meeting is usually held as well.

EU/AU Relations – Note that 10 commissioners were in the EU delegation attending the EU/African Union (AU) Commissions Meeting in Addis Ababa, Ethiopia, on February 27. The aim was given as further advancing EU-AU cooperation and having consultations on the EU’s comprehensive Africa strategy. This strategy will be presented at the EU-AU Ministerial Meeting in Rwanda in May and the EU/AU Summit in October in Brussels.

Migration – This is a very sensitive issue between the EU and Africa primarily. I believe, however, that CARIFORUM would also want to know whether all its members could have visa – free access to the EU market especially with their comprehensive Economic Partnership Agreement.

For me, it is a myth that the UK was consistently a champion of Commonwealth ACP countries in the EU. The UK, indeed, was the traditional trading partner and gateway into continental Europe.

CARIFORUM members must now reset their partnership with the EU27 as I have previously stated. As in the Pacific, there is concern about the partnership and particularly the EU’s unilateral blacklisting of some countries as tax havens. This blacklisting was addressed at the recent 31st Intersessional Meeting of CARICOM heads.

The ACP/EU Technical Centre for Rural and Agricultural Cooperation, established in 1983 and based in the Netherlands, will be closing in December. The EU will no longer fund it. As a result, the ACP is seeking a new source of financing. The ACP endowment fund is needed.

Eizabeth Morgan is a specialist in international trade policy and international politics. Email feedback to columns@gleanerjm.com