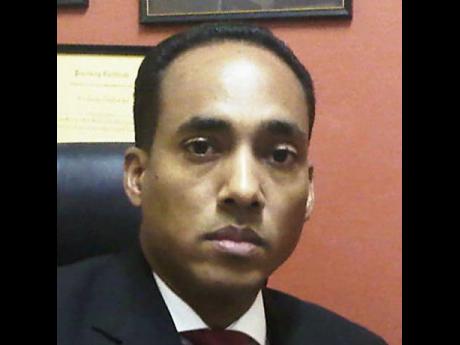 Ever since the announcement of our first coronavirus case on March 10, 2020 in Jamaica, the issue of quarantine and all the attendant factors with it have become the subject of daily discussions in a very serious way. Some of us, myself included, have sought to make the best of a bad situation by adding a bit of levity to it all. So then, when my dear wife sought my legal opinion as to whether wives were expected to cook food for their husbands during this period of lockdown, I quickly cited the Geneva Convention and told her that it stated that all prisoners must be provided with food!

For a country such as Jamaica, which enjoys a healthy democratic system of governance in which (recent numerous States of Emergency notwithstanding) social gatherings and festivities are part of brand Jamaica, the practice of being in quarantine is an entirely new concept. Not so new, however, is the legislation that governs such a concept. This is the Quarantine Act of 1951 which is now in force, but is not without a number of shortcomings and is, therefore, in need of amendment.

When one examines the Act, it is not difficult to conclude that our legislators at the time were concerned only with contagious diseases relative to persons entering or departing our island. In assigning ministerial powers under the Act, Sections 7(1)a and 7(1)b state as follows:

“The Minister may make regulations, as respects the whole or any part of the Island, including the ports and coastal waters thereof, for preventing -

a) danger to public health from ships or aircraft or persons or things therein, arriving at any place;

The Act does not make any specific reference to the quarantine of persons or communities outside of the context relative to ship or aircraft. It is, therefore, respectfully submitted that, by way of amendment, the Act should have a component part with specific reference to powers of quarantine as it relates to locally infected cases or communities, without the need to rely upon other pieces of legislation. In this regard, the piecemeal reliance on other legislation to effectively achieve the objectives of the Quarantine Act will prove to be chaotic and lead to questions of the constitutionality of the overall actions by government.

The operation of the Quarantine Act by virtue of Section 3 is effected through a Quarantine Authority consisting of a chairman and four other members appointed by the minister. In conjunction with Section 3 is Section 6 of the Act, which states that the Governor-General may appoint Health Officers, Visiting Officers, Quarantine Guards and such other employees as may be deemed necessary for the proper carrying out of the provisions of the Act. It is worthy to note that the feature of a Quarantine Authority does not appear in the Quarantine Act of Canada, which was last amended on the 21st of June 2019. Under the Canadian model, Section 5 gives the Minister in question powers to directly appoint qualified persons, or classes of qualified persons as analysts, screening officers or environmental health officers. This provision represents a far less bureaucratic approach, and is more sensitive to the exigencies of the moment when such an Act is invoked.

We may well be advised to adopt this approach by abandoning the Quarantine Authority and simply giving the minister the direct power to appoint screening officers, which could include: members of the security forces, medical officers, justices of the peace and immigration officers. Indeed, were this the case, any such class of persons would have immediate authority under the Quarantine Act to make inquiries of the travel history of any person entering the island or the history of any person suspected of having contact with an infected person. Hence, in the case of an Immigration Officer f,or example, a false declaration given by a suspected person-could not only be prosecuted under the Immigration Act, but under the Quarantine Act, where the fines are not a nominal amount of $100, but substantial in the amount of $500,000 to $1,000,000.

Another additional point for consideration relates to the inclusion of penalties or criminal sanctions. In view of recent media reports regarding threats being meted out to relatives of the female who became Jamaica’s first confirmed case of the coronavirus, it may be desirous to have a specie of criminal offence which goes beyond the regular common law offence for which the penalty is negligible.

Threats to persons infected with a contagious disease or threats to relatives of such persons represent one of the worst kinds of prejudice against humanity and must be condemned in strong terms. Equally reprehensible are reports of some transport operators withholding their services from healthcare providers. Healthcare providers can be regarded as essential service workers and first responders in the fight against contagious diseases. Quite frankly, those who offer any form of public service and seek to discriminate against essential service workers, in a period such as this, must be penalised for such actions by the application of the criminal law.

The Quarantine Act should not only be aimed at the curtailment of contagious diseases, but equally so it must place emphasis on the control of infodemic. Infodemic, in this instance, represents inaccurate public information. It is now increasingly propagated through various social media platforms, purporting to address the problem of contagion. Of frequent occurrence now are instances of state agencies and government officials devoting valuable time to correct such misinformation.

Infodemic, within the context of any contagious disease, is dangerous and can cause serious harm and unnecessary panic. While it certainly may be regarded as mischief of a public nature, in the strict sense of the law, it is not and, therefore, the common-law offence of creating public mischief would not necessarily apply.

This is so because, inter alia, it can be argued that a critical element of the offence of public mischief would have to be proof of false information being reported to the police by the person disseminating the information. Therefore, towards amending our Quarantine Act, thought could also be given to sanctions where persons or organisations spread fake news in a period during the operation of the Act.

Surprisingly, whatever criminal sanctions that now exist under our Quarantine Act, although substantial in the way of fines, do not automatically result in anyone having a criminal record where there is a breach of the Act.

In effect, therefore, there would not be any far-reaching implications for an offender under the Act other than satisfying a pecuniary penalty, save and except on the odd occasion that a term of imprisonment is imposed.

A recent report in the Miami Herald hailed Jamaica’s efforts in the fight against the coronavirus. Undoubtedly, to date, our Government’s performance in this regard has been outstanding. In years to come, it may represent a model approach to emulate by other countries in treating with the threat of contagious diseases.

With this in mind, there is equally no reason why we cannot be outstanding in terms of the legislative framework guiding us going forward. Currently, social distancing notwithstanding, it is an all-hands-on-deck approach (no pun intended) towards making Jamaica a safer and better place in every respect.

Peter C. Champagnie, QC, is an attorney-at-law. Email feedback to columns@gleanerjm.com and Peter.champagnie@gmail.com