Editorial | Fred Hickling – beyond our madness 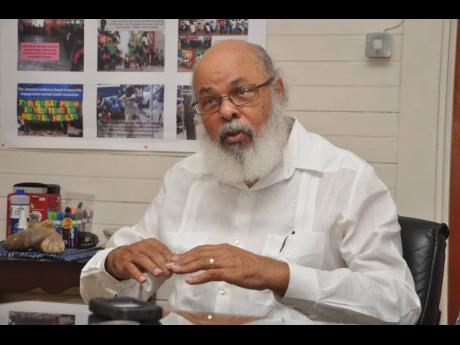 This newspaper was never tired of quoting, or alluding to, the work of Frederick Hickling on the mental state of Jamaica – of its causes and how understanding the issue would provide insights to solving the country’s problem. We previously echoed Professor Hickling in these columns on April 26 in noting exacerbation of mental stress because of the COVID-19 pandemic, and calling on the Government to implement the recommendations of its task force of two years ago for more support for community mental health treatment.

There is little doubt that Professor Hickling would have backed that proposal. He was a pioneer of community mental health treatment in Jamaica.

Moreover, we would have loved to have heard, in his own voice, Fred Hickling, emeritus professor in psychiatry at The University of the West Indies (UWI), on the effects of COVID-19, with its economic and social fallout, on the collective psyche of the country. He had an accessible folksy way, employing Jamaican imagery, in rich, slightly stammered cadences, to get to the core of complex issues and deliver understandable kernels.

It was he, for instance, who urged Jamaicans to “own our madness … if we are to develop as an independent and free people”. Four years ago, in a letter to this newspaper, Professor Hickling suggested when the range of mental conditions was taken into account, “the prevalence of mental illness in our little island would exceed 70 per cent”. His position was that Jamaica had a significantly higher incidence of mental disorder than most other countries of the world.

Unfortunately, the rest of Jamaica and the world won’t, anymore, hear new sage and pithy insights from the charismatic and extrovert Professor Hickling, who often shocked audiences with his observations. He died last week, age 74.

Fred Hickling’s statements, for all their seeming breeziness, were not flippancies. They were founded in empirical research and observations of an insightful scientist of deep intellect and disciplined mind. He not only wrote books, but produced scores of peer-reviewed papers for scholarly publications and broke new ground in understanding the problems and psychiatric treatment of people of African descent in the diaspora. Indeed, in the 1990s, he helped the city of Birmingham, England, overhaul its mental care system, including the habit of quickly ordering institutionalised ‘care’ of black people with mental health issues.

For his work, Professor Hickling received many international awards and fellowships of prestigious psychiatric bodies. International accolades notwithstanding, Fred Hickling would probably be proudest of the work he did in the 1970s, into the early 1980s, as a young dreadlocked psychiatrist at the Bellevue Hospital in Kingston, where he used cultural therapy to treat mental illnesses. Patients mounted plays and other performances as well as hosted exhibitions. He also promoted community – rather than institutional – care as being better for patients, and advocated for the system up to his death.

In another pioneering intervention, Professor Hickling and collaborators at The UWI’s Caribbean Institute of Mental Health and Substance Abuse employed cultural therapy at a handful of inner-city schools for students and teachers, significantly improving behaviour and educational outcomes. Unfortunately, the programme was allowed to lapse for lack of funding.

It would be a worthy tribute to Professor Hickling if that project was revisited and scaled up to schools across Jamaica, and if work continued to enhance understanding of how the trauma of dislocation and slavery still affect Jamaicans today, having, perhaps, become stored in our genes. In the event, knowing, and “owning our madness”, is a path to fixing the problem, including of crime and violence. That, ultimately, is liberating for Jamaica and ourselves.