Colin Campbell | Can the PNP win? 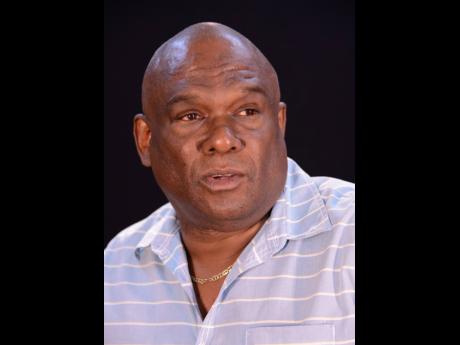 A common assertion by some Jamaica Labour Party (JLP) activists; radio and television commentators; and newspaper columnists, led by one Mark Wignall, is that the JLP has already won the upcoming general election. It is a narrative he and other supporters of the Government, especially those on social media, are peddling these days – yes, the almost invincibility of the Government, no matter its predicament. I reference our recent history in 2007 and 2016 for the People’s National Party (PNP) and 2011 for the JLP. In these instances, the results went against conventional wisdom.

It would appear that many commentators and some pollsters no longer have the art of reading the political pulse of our people because they continue to use the popularity of the head of the ticket as the deciding factor in determining the vote of the wider population. It is a factor to be considered, but it is not nearly as significant as in the days when people were following Bustamante “till him dead”, or following Manley, “the man with the plan”, or even Joshua and the ‘One Don’, Edward Phillip George Seaga.

The fact is, since the new millennium, elections have been harder to predict, the most glaring of which were the two losses accredited to Portia Simpson Miller, the first in which she enjoyed early approval ratings of more than 70 per cent.

The Andrew Holness election of 2011 was almost as shocking because the JLP enjoyed a bounce with the election of a youthful 39-year-old popular leader whose approval was well over 50 per cent. However, Holness was trounced 42 to 21 in an election no one called correctly.

So sure and confident was the JLP in 2011 that at a large meeting in Mandeville’s market square, the shouting, “Call it, Andrew, call it,” could not be resisted. The country’s youngest prime minister obliged with almost a year on the clock to remain before he was legally bound to announce a date.

In 2016, Portia obliged, as well, in Half-Way Tree Square when, just closing the fourth year of her five-year term, she announced the election date. The JLP squeaked to victory by one seat, which came four months after almost every senior Labourite – Shaw, Chuck, Vaz, Tufton, Bartlett, Robertson, Dalrymple, et al. – had fought with Smith, Grange, McKenzie, Hutchinson, and others for Holness to retain leadership of the JLP. The pro-Holness side prevailed by a single vote.

Who says history does not repeat itself? The fear of Labourites was that Holness was not popular enough to match Portia Simpson Miller, who had maintained a strategy of referring to Holness as her son, much to the annoyance of many Labourites.

Therefore, in 2020, we have come full circle. The same Labourites who were rubbishing the popularity argument four years earlier in Simpson Miller vs Holness are now cheerleading the popularity argument in Holness vs Phillips. Is it just convenience of political talk, or are they masking the real political situation? I fully expect the supporters of the JLP, like Wignall, to peddle a narrative in support of their charge, but I caution that sometimes even the ante-post favourites at Caymanas Park are defeated.

The 2020 vote will not be a ‘presidential-style’ exercise because the current political landscape would not accommodate it, and the current leaders do not carry the messianic aura, nor are they inclined to that posture – not a Rastaman or a youth from Spanish Town.

In the upcoming election, both political parties will have to go seat by seat in hand-to-hand combat to be able to win the 2020 vote. That was so even before COVID-19 threatened to make the campaign virtual and give ascendancy to a one-on-one, door-to-door strategy over the large mass meetings that our people love so much.

In this hand-to-hand combat, the quality of candidates will be more important to the electorate as visits by the leaders to extend their short coattails will be curtailed. It may, therefore, be more useful for commentators to look on the depth and quality of the complete slate of candidates before rushing to judge who will carry their seats.

My friend and talk-show host Cliff Hughes remarked in his monologue on Tuesday that Richard Azan perhaps joined in the signing of a letter to the PNP leader as he is nervous about his seat as it has been rumoured that challenger Phillip Henriques could likely pick up that seat. Between now and when the election date is announced, there will be many predictions. Some will be as outlandish and bizarre as you can imagine. Cliff needs to be careful of his sources and pronouncements as community-based candidates like Azan are likely to secure decisive victories in the 2020 vote because of their continuous on-the-ground efforts.

The Jamaica Labour Party is defending more vulnerable seats in the 2020 elections than the PNP, which has 29 to the JLP’s 33. Many of those seats which the JLP snatched from first-time PNP MPs in 2016 are unlikely to vote JLP again, while there are some which seem to have changed hands already.

From my calculation, the JLP is defending as many as 12 vulnerable seats to the PNP’s two. Xavier Mayne, Fayval Williams, Leslie Campbell, Franklyn Witter, and Dave Brown all won by 200 or fewer votes in 2016, while James Robertson, Alando Terrelonge, Pearnel Charles, and Juliet Holness won by about 500 or fewer.

With all the happy talk about a JLP victory, the Labourites will need everything to go right to defend their incumbency, and the persistent rise in the misery index induced by COVID-19 and the growing inequality in Jamaica together are not good news for the governing party.

The recent PNP internal squabble is also a threat to a smooth PNP ride. Still, as the JLP showed in 2016, complete harmony may be less important than the issue of delivering real progress or prosperity to a nation sickened by political underperformance over many years.

If I had to make the call today, I would say it is still too early to call, but I have a strong feeling the vulnerability of the Holness-led Government on delivery for all the people and not a few will trump the hype on which many are depending.

A letter or visit to His Excellency in King’s House will have no bearing, just as it did not in 2016. Those salivating would be well advised to take a long, refreshing drink of water.

Colin Campbell is a communications consultant and a former minister of information.