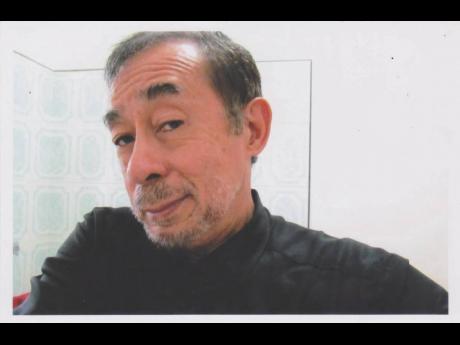 “I can’t breathe!” The heart-rending cry of a dying black man reverberated around the world. Mr George Floyd had tendered a $20 in Minneapolis, USA, which was thought to be counterfeit. The police were called and Mr Floyd was restrained. His head and neck were pressed down on the hard asphalt by the knee of one of the police officers. He couldn’t breathe. About six minutes later, Mr Floyd became unresponsive and pulseless. He was pronounced dead about an hour later. The post-mortem finding was death by asphyxiation. Racially motivated – uncertain? Murder – most definitely.

Another black person brutalised. On February 23, 2020, Ahmaud Arbery of Georgia was chased by two white men while jogging. After an altercation, Mr Arbery was fatally shot. His murder is believed to be a hate crime. On March 30, 2020, Breonna Taylor, an emergency medical technician of Louisville, was shot eight times when police barged into her apartment. They believed that a suspected drug dealer was using her apartment to receive drugs. No drugs were found.

Protestors around the world took to the streets to show their solidarity with demonstrators in the US. It was not just anger over what happened to George Floyd, Ahmaud Arbery and Breonna Taylor. It was anger about continuing to live in a world where there is presumption of dangerousness and guilt wherever you go.

Unanimous in their anger, they voiced their frustration: “I am tired of being afraid. I am just tired of hearing about black people dying. Black lives matter!”

American slavery was the great evil. White supremacy was necessary to justify enslavement. There was always the presumption that black people are dangerous. Black people cannot be trusted. In a society that professes to judge people not by the colour of their skin, but by the content of their character, isn’t it the individual that matters, not the group? And isn’t it always how individuals differ that matters, not how groups differ? With violent crime rates among blacks higher than among whites in the US (mainly due to cultural disadvantages of high unemployment, economic deprivation, family disorganisation and inferior educational and employment opportunities), black men are overrepresented in criminal activities, wouldn’t police be shirking their duty not to concentrate on them? Black drivers, for example, are more likely to be stopped and searched for drugs. Are police officers acting less out of racial hatred, or are they being pragmatic, focusing on a group that commits a disproportionate share of crimes?

“Crime is significantly higher in minority neighbourhoods,” said a police officer, “and that is where we allocate our resources.” Or is it racial profiling? That is the paradox.

In truth, racism has been steadily declining in the US. In the 1950s, only five per cent of white Americans approved of interracial marriages. By late 1990s, two-thirds approved of it. In 2008, almost 80 per cent approved. Also in decline are the dehumanising and demonising beliefs: that African Americans are lazier and less intelligent than whites. Today, the proportion who professes these beliefs is negligible.

Like other forms of progress, the recent murders seem to have uncovered the ugly truth: that progress was never made in the first place. However, data showed the number of police killings of unarmed black African Americans have actually declined. American police shoot far too many people (both Blacks and Whites), and more whites are killed, but adjusting for population numbers, more blacks are killed per capita.

And what of police brutality, so much in the news? To address this, reforms focusing on personal accountability to root out the bad apples (most police are anti-racist) include wearing of body cameras, and easier access to lawsuits. Also, bad publicity in the media (videos) from celebrities and movements like ‘Black Lives Matter’ have forced the police to undo the damage; the police now try to rebuild trust and confidence by involvement in community and domestic affairs, guardians rather than warriors.

The White House, it seems, has other plans. Not even President Trump’s harshest critic can blame him for four centuries of slavery, segregation, police brutality and racial injustice. But as unrest now grips the US, he speaks in an authoritative language of thugs, vicious dogs and “when the looting starts, the shooting starts”. The nation waits in vain for a speech that might heal wounds, find a common sense of purpose, and acknowledge the trauma of African Americans.

Here is Mr Bryan Stevenson, civil rights Lawyer, comments: “If we reinforce the idea that police officers are there to control, dominate and menace, that they should be unapologetic and feared, we are reinforcing the culture and the dynamic that has given rise to so much distrust. It’s like someone saying, ‘doctors don’t need to be polite, respectful or show any interest. They have skills and knowledge and their job is to heal’. That mindset will cause a lot of people to die. They will not get the healthcare they need.”

Black Americans are suffering. They are the victims. White Americans, indeed people of all race and colour, have a moral obligation to stand up and make a difference. With one voice: “This can’t happen, not in my country. Not on my watch. Not in my lifetime, this has to stop!”

After 400 years of racial discrimination, will the words of a dying black man bring new life, new hope in the struggle for racial equality? So that George Floyd would not have died in vain?

Ethon Lowe is a medical doctor. Email feedback to ethonlowe@gmail.com and columns@gleanerjm.com.