Elizabeth Morgan | Can CARICOM-Canada trade and investment flows be revitalised? 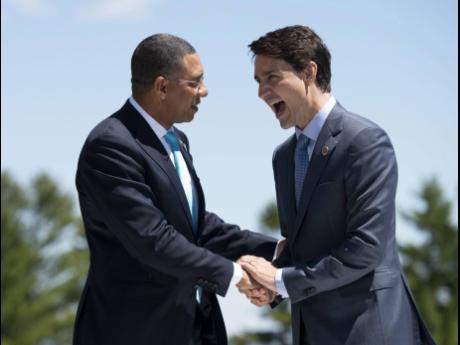 Canada, although having a long-standing relationship with the Caribbean Community (CARICOM) and its Member States, being in the hemisphere and the Commonwealth and the third major trading partner, does not usually generate much attention and scrutiny in the region. The planned visit by Prime Minister Justin Trudeau in February, as Canada campaigned for a seat on the United Nations (UN) Security Council, sparked region-wide media interest. This visit was postponed. Canada was unsuccessful in its bid for a non-permanent seat on the Security Council.

Canada is a development partner whose support within the region is focused on disaster preparedness, climate change, women’s empowerment, security, integration, the energy sector, and current COVID-19 response, among other things. Canada is also known annually for its Seasonal Agricultural Workers Program and Temporary Workers Programs, which see people from the Caribbean, primarily Jamaica, employed in Canada. Of course, Canada is a primary destination for immigrants from CARICOM countries.

Having looked at CARICOM’s trading relationship with the USA, Africa, Europe and Latin America, I thought that this week, I would focus on Canada. I referred to the history of the CARICOM-Canada trading relationship in my article of May 28, 2019, titled ‘CARICOM-Canada: Know your Friends’, and examined the diaspora relationship in my article of June 19, 2019, titled ‘A United Caribbean Diaspora?’ From the latter, you may recall that there are approximately 800,000 persons of Caribbean origin residing in Canada with the majority, over 300, 000, from Jamaica.

Canada, the world’s second-largest country in land mass, presents a smaller market of nearly 38 million people and has a gross domestic product (GDP) of US$1.74 trillion. In 2019, Canada remained in the world’s top ten (10) economies.

The Canadian economy is driven by international trade, which is 66 per cent of its GDP and accounts for 2.4 per cent of global trade in goods and services. Under the administration of Prime Minister Trudeau, Canada’s trade policy is based on its commitment to multilateralism, supporting reform of the World Trade Organization (WTO); implementing its trade diversification strategy aimed at increasing exports by 50 per cent by 2025; and ensuring that the benefits of trade are inclusive of all segments of society through public consultations and provisions that protect and strengthen labour and the environment, advance gender equality and women’s empowerment, consider the interest of small and medium-sized enterprises (SMEs), and indigenous peoples.

Canada’s principal trading partners are the USA and Mexico, hence it has focused on the revision of the North American Free Trade Agreement (NAFTA) which has now become the US-Mexico-Canada Agreement (USMCA). Following disputes with the USA, which insisted on the renegotiation of NAFTA and applied tariffs on Canadian steel and aluminum exports, Canada emphasised its diversification strategy to accelerate trade negotiations with other countries; for example, India, and promote already-existing free trade agreements (FTAs), including those with the European Union and the Asia Pacific region.

CARICOM countries have been trading with Canada under the non-reciprocal Canada-CARICOM Trade Agreement (CARIBCAN) since 1986. This, because of its unilateral nature, requires a Most Favoured Nation (MFN) waiver at the WTO.

From 2009-2015, CARICOM and Canada were negotiating an FTA, which was suspended by Canada. The MFN waiver for CARIBCAN was renewed at the WTO up to 2023.

The volume of merchandise trade between CARICOM countries and Canada is actually quite low. CARICOM has a surplus with Canada, exporting in 2019 an estimated US$944.61 million and importing US$768.31 million.

Trade in services is shown in Canadian statistics as concentrated on travel, commercial services, transportation and government services. In travel and leisure (tourism), Canada is a principal source market for the Caribbean. The Caribbean Tourism Organization informs that in 2019, 886, 300 Canadians came to CARICOM countries with the majority, 395,561, visiting Jamaica.

I am proposing that the UWI and Brock University’s Canada-Caribbean Institute and others, including UWI’s Sir Shridath Ramphal Centre and the Canadian Council for the Americas, convene a virtual discussion on the realities of CARICOM-Canada Trade and Investments in this time of COVID-19. Is it desirable, and feasible, to expand trade and investments between Canada and CARICOM Member States?