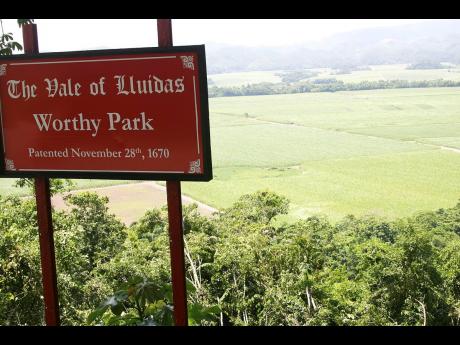 The Jamaican sugar industry is a vertically integrated agro-industrial business that contributes one per cent of Jamaica’s GDP and employs over 100,000 persons directly and indirectly, mainly in rural communities. The sector is deeply linked to the Jamaican economy, with 80 per cent of the gross value of sugar and molasses production ($12.4 billion in 2019) being retained in the country.

The Jamaican sugar industry, from its rebirth in the 1930s, was always dependent on government protection. This is so because of the small size of Jamaica’s economy, being as it is a Small Island Economy.

The local sugar industry is not, and will never be, internationally competitive because of the size of Jamaica’s economy. Indeed, of the Gross Value of Sugar and Molasses Production (GVP) for crop year 2017-18 estimated at US $99.2 million at consumer prices, 47.9 per cent, or US $47.5 million, constituted transfers or subsidies from Jamaican consumers to the local sugar sector. Every pound of packaged sugar purchased in a Jamaican shop or supermarket today includes a subsidy from the consumer of about US54 cents or 67.5 per cent of the retail price when compared to the import parity price.

In the benefits column of the analysis, the sugar-cane sector generates a series of significant economic and developmental benefits that many other sectors cannot match. These include the demand for a wide cross section of skills that range from operations managers and engineers to cane cutters.

The sugar sector produces and processes large quantities of a primary product (sugar cane) into value-added products (sugar, molasses, bagasse) that are either consumed directly (sugar) or enter into higher-level production processes as a raw material (molasses to rum). And this is why the sugar-cane industry has an 80 per cent domestic retention of value compared to construction, which is about 30 per cent. The significance of all this is that the sugar-cane sector can be a more powerful driver of economic growth and development than most other sectors in the Jamaican economy.

Over the last five years, in response to international and local challenges, sugar-cane production has declined 52 per cent compared to base year 2015. Three of six sugar factories have closed, with the prospect of one more closure within the next year. The crisis in the sugar-cane industry is due to illicit imports of sugar into the island, which denies sugar producers their most lucrative market (the domestic market).

The table at left demonstrates the sugar sector performance.

Of course, in assessing the future of the sugar-cane sector in Jamaica, we must remind ourselves that the small scale of the sugar industry in Jamaica ties its sustainability to effective protection from imports of sugar and other sweeteners. We, therefore, submit that there are two basic expected future outcomes for the Jamaican sugar industry.

The first scenario assumes that the Government halts the illicit importation of all sugar by recentralising all imports of sugar and artificial sweeteners and supports the commencement of the production of plantation white sugar. These measures would certainly ensure that at least three sugar factories could operate at their installed capacity to supply domestic sugar consumption in full. On this base, cane production could be expanded to produce the estimated 70 million litres of ethanol currently consumed at the current E10 Ethanol mandate and supply co-generated electricity to the grid. If we choose to travel this route, the country could end up with an energy-cane industry, with the predominant revenue stream being ethanol and electricity and not sugar, as currently obtains.

If, however, we take no action along the lines described above, the country’s sugar-cane sector will no longer provide the economic and developmental benefits that justify its continued protection by the State and the massive consumer subsidy it receives each year. In this scenario, it might be prudent for Worthy Park Estate to prepare itself for a ‘Cheap Sugar Policy” that foresees a complete liberalisation of all sugar imports. This would, of course, spread the prosperity to each and every Jamaican who buys sugar in our domestic market.

George Callaghan is the chief executive officer of the Sugar Industry Authority. Send feedback to columns@gleanerjm.com.