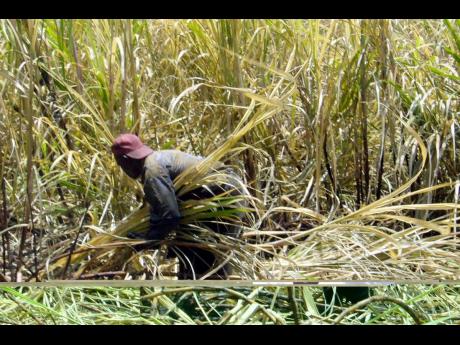 Sugar has been the oldest integrated industry in the Caribbean, from the cultivation of sugar cane to the production of brown sugar, molasses and rum.

Sugar is primarily the reason the Commonwealth Caribbean commemorated Emancipation Day over this weekend, August 1, 2020. A few countries marked it on Monday, August 3. With the coming of the British into the Caribbean in 1625 to Barbados, and later to Jamaica in 1655, the production of sugar increased, as did the number of enslaved African people to provide chattel labour.

Sugar has been the oldest integrated industry in the Caribbean, from the cultivation of sugar cane to the production of brown sugar, molasses and rum. The only stage that did not take place in the Caribbean was the refining of sugar, which was done in Britain, where there were 120 sugar refineries by 1750, and Canada, in Halifax, from 1818. The best-known refinery now is Tate and Lyle, established in 1859.

After nearly 370 years, sugar cane cultivation and sugar production are definitely at a crossroads in the Commonwealth Caribbean. There is still no modern refinery, as proposals have not materialised in Trinidad and Tobago, Guyana and Jamaica.

Through the centuries, with some exceptions, Caribbean sugar exports to Britain benefited from preferential market access and good prices. From the 1960s, there were also quotas from the USA following the Cuban revolution.

The fortunes of sugar would slide from the 1980s as the USA began to subsidise its domestic sugar producers and drastically reduced quotas to overseas suppliers. There were also challenges to the US sugar regime in the GATT requiring a revision of US import policies. Caribbean production had also declined. By 2005, the European Union (EU) sugar regime was also challenged in the World Trade Organization (WTO).

The EU, like the US before, lost the case, resulting in the need to revise their sugar regime and liberalise their market. This meant that with higher production costs, Caribbean sugar, particularly from smaller producers, would find it difficult to be viable from the British market alone.

A Caribbean that was once covered in sugar cane now only has four countries remaining in significant production – Belize, Jamaica, Guyana and Barbados.

Sugar is still in demand for consumption by households and in manufacturing, but two-thirds of sugar consumed in the Caribbean is now imported. These remaining Caribbean sugar producers, members of the Sugar Association of the Caribbean (SAC), are now seeking to supply the regional domestic markets. With low refining capacity, CARICOM members had basically exported the brown sugar produced and imported refined white (granulated) sugar, for many years, available at a much lower price on the world market. Some amount of brown sugar was supplied in the regional market.

The proposal now is to ensure that the common external tariff level is maintained in CARICOM member states and produce to supply the region. The aim has been to also produce liquid sugar and a more refined sugar called ‘plantation white’. So far, it seems plantation white is mainly produced in Belize.

Reading through various regional newspapers, sugar seems to be an industry limping on crutches. Production in Belize has been good but has fallen off this year. With the economic fallout from COVID-19, Belize was relying on earnings from sugar, bananas and citrus to keep the economy afloat. In Guyana, sugar production is down.

The number of factories operating has been reduced. Barbados had already reduced the acreage in sugar cane and production. There seems to be plans to revive the industry. At one point, I thought Barbados intended to follow St Kitts and Nevis and Trinidad and Tobago in exiting sugar. In Trinidad and Tobago, I am reading that there could be a future for sugar.

In Jamaica, it seems that things are falling apart. The Sugar Industry Authority has said that in five years, sugar cane production declined by 52 per cent and sugar production by 44 per cent. Several sugar estates across the island have ceased production, with lands being allocated to housing, farming, and even the building of a city. Appleton recently announced its intention to cease producing sugar.

Regarding rum, with sugar production levels falling and the volume of rum produced increasing, for many years now, most of the molasses used have been imported, requiring the redefining of ‘Caribbean’ rum.

I am not among those who think that because sugar was linked to slavery, it has no more value and should be abandoned. Its health benefits may be doubtful – we certainly consume too much of it – but there remains a demand for sugar and, in fact, for ethanol and rum. With good planning, countries should at least be able to supply their domestic needs. Many crops produced in the Caribbean are linked to slavery; thus, that should not be a case for discontinuing sugar production.

It does appear that sugar’s obituary is being written, given the many challenges facing the industry. It should be able to survive in Belize and Guyana with their land mass. If it cannot be saved elsewhere scaled down, my hope is that the lands will be fairly and properly allocated to agriculture – and not in tiny plots. These prime lands should not become mainly housing schemes and golf courses, especially as the analysts are pointing to the need to further diversify the economies and to focus on food security and exports.