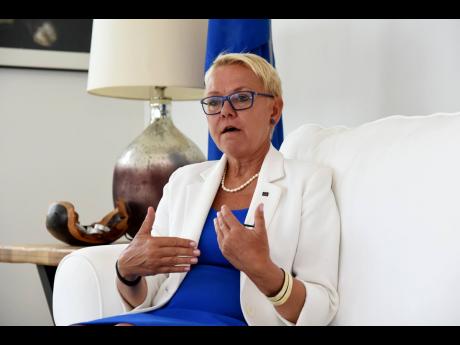 I last wrote on the now Organisation of African, Caribbean and Pacific States (OACPS)-European Union (EU) post-Cotonou negotiations on June 17 following the meeting of the lead negotiators, EU International Partnerships Commissioner Jutta Urpilainen and the OACPS’ Minister Robert Dussey of Togo, on June 12. At that time, the lead negotiators were anticipating the conclusion of the negotiations by the end of July and were planning to meet again before the end of June.

It was necessary for the OACPS to have a meeting of its Ministerial Council to review the post-Cotonou negotiations, among other things. This meeting was held virtually on July 28, chaired by Gambia. The ministers approved negotiating texts and provided guidance to negotiators. The Council of the OACPS Caribbean Forum (CARIFORUM) met prior to this meeting.

It appears that the lead negotiators met during July. The negotiations clearly were not concluded in July and will now continue in September after the customary August summer break.

This extension, it seems, was due, among other things, to outstanding sensitive human rights and migration issues still to be resolved, which, in some news reports, are seen as primarily between the EU and Africa, although they also apply to the Caribbean and the Pacific. Note, too, that the EU and Africa are still consulting on the EU’s new Africa Strategy, which it is still hoping will be adopted at a summit with Africa in Brussels in October, COVID-19 permitting.

In an article reproduced on the AllAfrica news website, a European Commission spokesperson is quoted as informing that the text of the new post-Cotonou agreement is 95 per cent completed. It was noted, however, that the last five per cent could pose the most difficulties.

As I previously mentioned, the 2000 Cotonou Partnership Agreement (CPA), which should have expired in February, was extended to December 31. The new timetable is now indicating that the post-Cotonou negotiations will not be concluded until about November. You may recall that the signing ceremony is to be held in Samoa, which now may not happen until mid-2021. This means that the CPA will be further extended to facilitate conclusion of the negotiations and the procedures for signature of the new agreement.

Tanzania assumed the six-month presidency of the OACPS and chair of the Committee of Ambassadors on August 1 and is now expecting to oversee this final phase of the post-Cotonou negotiations.

It is reported that developmental non-governmental organisations are concerned about the provisions for overseas development assistance. Recall that the European Development Fund, from which the OACPS was funded, is now incorporated into the Neighbourhood, Development and International Cooperation Instrument. There is concern that this could put OACPS financing at risk.

The departing EU ambassador to Jamaica, Malgorzata Wasilewska, in an interview with The Gleaner published on July 28, gave the assurance that EU aid allocations to the Caribbean, including Jamaica, would not be reduced, especially in light of COVID-19. I hope this will hold true for Jamaica and the rest of the CARIFORUM member states under the EU’s new budget arrangements and the new OACPS-EU agreement.

There will be personnel changes in CARIFORUM. Guyana and Jamaica are the CARIFORUM representatives on the OACPS Central Negotiating Committee. Following the protracted issuing of general election results in Guyana, the opposition People’s Progressive Party was declared the winner. The new president, Mr Irfaan Ali, has appointed Mr Hugh Todd as the minister of foreign affairs. A general election are now also due in Jamaica on September 3.

Suriname assumed the chair of CARIFORUM on July 1 for one year. General elections were held in Suriname on May 25, which also led to a change of government. As of July 16, the new minister of foreign affairs, international business and international politics is Mr Albert Ramdin, who is a seasoned diplomat, having also served in both the CARICOM and OAS Secretariats. Thus Suriname will oversee the Caribbean’s participation in this final stage of the negotiations.

Come September-October, we will have a better indication of the schedule for the conclusion of these negotiations. At this time, we will, hopefully, also have a summary of the key provisions of the agreement, particularly from the Caribbean protocol.