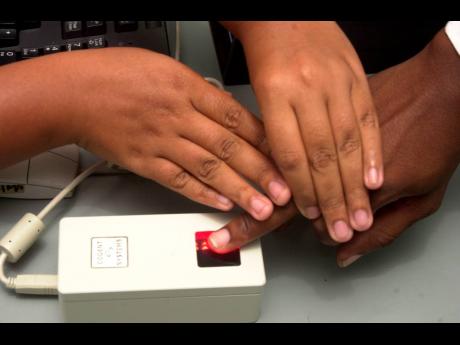 If we want a different outcome post COVID-19, perhaps we should reconsider our voting traditions.

On September 3, 2020, Jamaicans will go to the polls to vote in the 18th national election since Universal Adult Suffrage in 1944. For most, the choice will be made on the basis of support (or lack thereof) for a particular party. That support extends to whoever is the candidate for member of parliament (MP), regardless of the track record or capabilities of the candidate, due to “party politics”.

Once elected, however, some of us expect our MP to represent us, and not the party, in executing their primary responsibility as legislators in Parliament. We expect our voices to be heard through the decisions of our representatives, and we insist that it is our democratic right. However, these are unrealistic expectations, given the inherited design of Parliament.

Since 1944, we have observed that once elected, our MPs tend to ignore us and toe the party line in Parliament, where legislation is dominated by Cabinet decisions. Our voices are thwarted by party politics, led by the party leader. If we want a different outcome post COVID-19, perhaps we should reconsider our voting traditions.

If you are selecting a lawyer to represent you in court, you are likely to check out the lawyer’s background/reputation, actively engage the lawyer to ensure he/she understands your case and discuss the strategy to win the case, before you retain the lawyer. Upon paying your retainer, you would certainly follow up and monitor the lawyer to ensure that your case is progressing as it should. If not, you will terminate the lawyer’s services rather than accept non-performance.

If you are selecting your MP to represent you in Parliament, the considerations and actions ought to be similar. But they are not! Our selection is mainly based on party preference, often ignoring the background/reputation of the candidate. We tolerate non-performance, and we do not monitor or hold our representatives accountable. In so doing, we have perpetuated the flawed political and constitutional arrangement we inherited since Independence, although we know that it has not served us well. Addressing this flaw is central to the restructuring process required to improve governance in Jamaica.

Since both major political parties are jostling over who has ‘built’ more, perhaps we should think about what it will really take to ‘build back better’ post COVID-19.

The flaw is inherent in our Constitution, in that it does not explicitly assert the supremacy of ‘we the people’ in controlling government, as in the American constitution. Instead, Section 69(2) gives Cabinet control of the government, subject to parliamentary collective responsibility: “The Cabinet shall be the principal instrument of policy and shall be charged with the general direction and control of the Government of Jamaica and shall be collectively responsible therefore to Parliament.”

However, our voices are muted when MPs represent the party line rather than the people who elected them. Party loyalty is ensured by the first-pass-the-post, winner-take-all electoral process, and other provisions in the Constitution which over-centralizes power in the hands of the prime minister (PM). The tremendous power of the PM includes the power to summarily dismiss Cabinet ministers and keep MPs toeing the party line or face the ‘political doghouse’.

This enables firm control of parliamentary outcomes by Cabinet decisions, thereby perpetuating executive dominance, referred to as “elective dictatorship” by former Lord Chancellor Hailsham in his 1976 Richard Dimbleby Lecture. History has taught us that legislative restraints on executive power is necessary but not sufficient to prevent autocracy. So, ‘building up’ or ‘building back stronger’ our governance arrangements ought to include voting for MPs to represent our views in Parliament, as well as advocating for constitutional/legislative changes to constrain the dominance of the executive in the legislature.

WHAT IT TAKES TO BUILD BETTER GOVERNANCE

To do this, we, ‘the people’, need the mindset of ‘owners’ of Jamaica, not ‘tenants’ or ‘squatters’. We must scrutinise, carefully select, and monitor the people we hire to represent us in managing the country on our behalf. MPs are the managers, not the owners. Parties are political organisations to guide our choices, not tribes whose dictates we blindly follow. Once elected, we have a democratic obligation and a civic, ‘ownership’ responsibility to hold our representatives accountable.

In fact, C.L.R. James, in his landmark work Party Politics in the Caribbean (1962:4), cautioned us about this: “Even when the people elect the government of their choice, they have to remain politically alert and make it clear that they are not to be bamboozled, trifled with or pushed around.”

Established since October 2019, the Jamaica Accountability Meter Portal (JAMP) is a tool to help us “remain politically alert” by:

• Highlighting the findings of state agencies established to provide accountability in the management of public resources and delivery of public goods and services;

• Providing a mechanism to track the extent to which breaches resulting in mismanagement are remedied;

• Measuring the compliance of MPs with key government policies and regulations;

• Giving Jamaicans at home and abroad direct access to voice their concerns to accountable public officials, as well as with each other, using the power of digital advocacy.

While tools like JAMP can provide real help, there remain other unexplored/underexplored efforts to effectively advocate for changes to improve governance, such as: restricting the size of the executive in the legislature; strengthening parliamentary oversight; enacting the 2011 Impeachment Bill; removing the Queen as head of state, and more.

Building better governance, however, requires more than improving representative democracy; it also requires direct democracy, where the decisions of “the people” matter. This includes active citizen engagement, such as making legally binding decisions in a referendum or an ‘initiative’ (that gives the people the power to propose and enact legislation).

Other forms of direct participation include participatory budgeting and joint decision-making processes outlined in the 2012 outcome document of the UN Conference on Sustainable Development, The Future We Want.

If our desire is to improve governance post COVID-19, we ought to reconsider our role as owners of Jamaica in choosing suitable candidates who can ably represent us in Parliament, and examine the adequacy of the current constitutional/legislative arrangement in strengthening our democracy.

Rosalea Hamilton, PhD, is CEO of the LASCO Chin Foundation and founding director of the Institute of Law & Economics. Email feedback to columns@gleanerjm.com and rosaleahamilton@gmail.com.