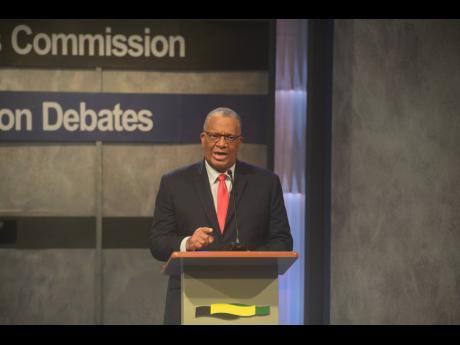 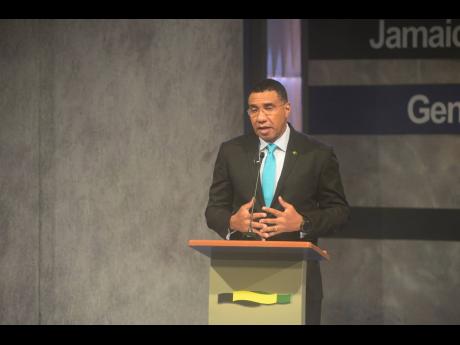 Voters tend to elect leaders they like and to whom they feel emotionally close. What voters think the party leaders are like is of critical importance in Jamaica, where personal politics hold sway. Dr Peter Phillips, in this sense, is like Edward Seaga, who was competent but was emotionally distant from the voters and did not connect with them. Seaga and Phillips tended to move psychologically away from the voters. What the party leaders are like is not everything, but it is very important in election outcome.

MEASURING LEADERSHIP TRAITS FROM A DISTANCE

One such approach is the leadership trait analysis (LTA) that I used to profile the nine prime ministers from 1962 to present, and Peter Phillips. The LTA was developed by Margaret Hermann of Syracuse University. Michael Young of Social Science Automation developed the profiler computer software based on the LTA. I used the profiler to code the 10 party leaders’ spontaneous utterances, because what people say reveals their psychological states or what they are like.

The software generated the scores for seven leadership traits. These are: distrust in others, belief in one’s ability to control events, conceptual complexity, need for power, self-confidence, task orientation, and in-group bias. Andrew Holness and Phillips are compared on each of the seven leadership traits based on the average score of the comparison group (the 10 party leaders to date) on each trait.

Leader behaviour tends to be influenced by leader characteristics in interaction with the many situations they face. The interpretation of a LTA of the party leaders should be understood within these situational contexts.

Holness is low on distrust of others, while Phillips is high. This means that psychologically, Holness, in interaction with others, especially the people, tends to move towards them because he has a high level of trust, and so will appear warmer and nicer to them compared to Phillips, who tends to move away from them. People who are more trusting tend to connect more with others.

The leaders are also different regarding in-group bias, with Holness being higher on this trait. This bias means that Holness tend to have a greater attachment to people in the Jamaica Labour Party (JLP), which enhances party cohesion, compared to Phillips, who tends to have a lower attachment to people in the People’s National Party (PNP), which alienated the delegates of the Rise faction. However, both leaders are high in self-confidence, which came out when they spoke publicly about what they wanted to achieve as leaders, including victory in the recent election.

Both leaders are high in their belief that they can control events, or control what happens around them. This is a useful trait for political leaders since they have to implement public policies in a turbulent policy environment.

Phillips as a minister effectively controlled policy events in transport, national security, health and finance. Holness also benefits from being high on this trait, which is why he has articulated that he is in charge and had control over the outcome of ‘5 in 4’, the legacy project, and the other big policies he has set out to accomplish.

Another similarity is that both leaders are low in their need for power – so they are not authoritarians – and so are less likely to attack political rivals within the party unless there is an acrimonious leadership challenge. However, Holness is significantly higher than Phillips on conceptual complexity, which speaks to how he unpacks complex ideas, and integrates disparate ones and communicates them clearly and effectively to the public.

Task orientation is another trait which separates the party leaders. Holness is high on this personal characteristic and Phillips is low. Holness entered Jamaica House with a focus on several big policy ideas, unlike Phillips, who spent a much longer time as opposition leader before he articulated any big policy idea.

Holness, at this moment in Jamaica’s political history, is a better political fit with voters’ needs, demands and expectations, compared to Phillips, hence the JLP’s landslide victory in the 2020 general election.

The challenge for Holness is the very low 37 per cent voter turnout. Therefore, Holness, if he wants to be a great leader, has to also connect with the majority of the 62 per cent of registered voters who are apathetic. He has to restore their faith in Jamaica’s democracy, with effective governance backed by transformative public policies.

Christopher A.D. Charles, PhD, is a professor of political and social psychology at The University of the West Indies, Mona. Dalkeith Dempster is a statistician. Email feedback to columns@gleanerjm.com.