Michael Abrahams | Is the Government serious about COVID-19? 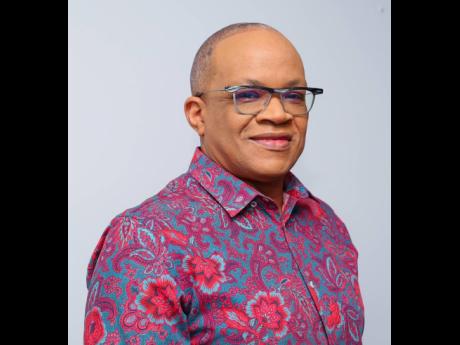 I am uncomfortable. When COVID-19 reared its ugly head and was threatening to evolve into a global pandemic, I thought our Government and our Ministry of Health and Wellness (MOHW) did a great job preparing us for its impact.

There were public service announcements and virtual and physical flyers warning us about the inevitable and informing us how to protect ourselves. We were instructed to wash our hands regularly, and even shown how to do so properly, and to also use hand sanitisers if water was not readily available. The importance of social distancing was also stressed, although the Government was hesitant to recommend the universal wearing of masks. They eventually relented, and mask wearing in public became mandatory. Then there were the lockdowns in communities where outbreaks were detected, curfews, and the closing of our borders.

Eventually our borders were reopened. Then the authorities’ vigilance waned. Movement around Emancipation and Independence Days was not restricted enough, and the lax restrictions, combined with our own indiscipline, ushered in a new wave of cases.

Then an election date was announced at a time when cases were increasing. Calling the election at that time was cause for concern. There may have been rational arguments for it to be held then, but the populace was not instructed to avoid congregating, as is customary on nomination day, and supporters of both parties came out in droves, ignoring social distancing and mask-wearing protocols. Restrictions were then announced for motorcades, but by then the horse had already bolted. Experts warned that there would be spikes in cases after nomination day and election day.

Then on the day after the election, less than 24 hours after the Jamaica Labour Party was declared the winner, the MOHW formally announced that the country is now in the community spread phase of the pandemic, providing charts, graphs and data. In my opinion, the timing of the announcement smacked of disingenuity. They must have known this before.

I knew it, and my colleagues knew it, too. The way I see it, this declaration at this time was questioning our intelligence and also exposed the recklessness with which the the pandemic was dealt with in the period leading up to the election. It seems that not enough was done to protect us. Then, to make matters worse, the regular press briefings have now ceased, this at a time when, more than ever, we need an increase in communication with the authorities.

At the time of writing this article, our first COVID-19 death was reported 186 days ago. There have been 60 deaths since, 20 of which have been reported over the last week. So, one-third, or 33 per cent, of deaths have been reported over the last seven days. Let that sink in. You do not have to be a maths genius to imagine what that graph must look like. The exponential rise we were fearing is here. We have failed to flatten the curve, and, as a result, more people are dying. The minister of health announced that “based on our modelling”, 1.5 million people are expected to contract the virus. If the death rate is, say, as low as one per cent, at least 15,000 Jamaicans are expected to die.

Even with this low estimate, if our fatality rate approaches this, there are likely to be thousands of people who will need ventilatory and intensive care unit (ICU) support and will not be able to get it. Not only do we not have enough ventilators, we are short of staff to manage them. We already have a chronic nursing shortage, and with cases now rising, more and more medical personnel, including nurses, are testing positive and being temporarily removed from the system.

But wait, there’s more. In the face of rising cases, reportedly less people are now being tested. I have been informed that more kits are needed, but whatever the reason is, it is not good. How can less testing at a time like this be acceptable? And there is still more. While we ride this exponential wave, there is talk of schools being reopened in two weeks’ time. Yes, while more people are dying, and hospitals are coming under pressure, there is talk of sending children out to school.

The reticence of the Government since the election disturbs me. The optics are not good. To announce community spread immediately after the election and discontinue regular press briefings while more deaths are being reported leaves me very concerned. It appears to me that the Government and the MOHW have shifted their response to the epidemic by 180 degrees.

One more worrying observation. While writing this article, I spoke with several colleagues, including specialists and general practitioners, physicians in private practice as well as in the public sector, and ones practising in corporate and rural areas, and not one is happy with how the Government is currently managing our COVID-19 outbreak. They feel like sitting ducks. So do I.