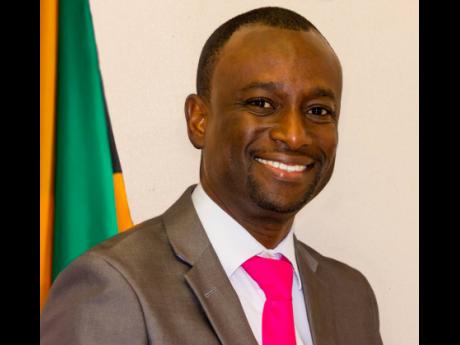 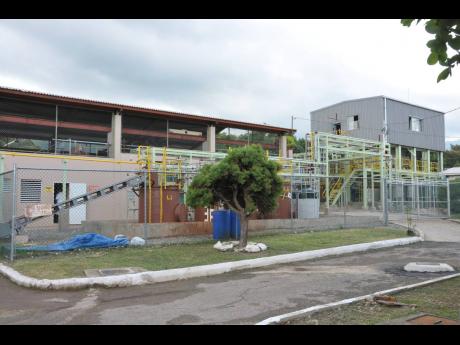 File
This 2013 file photo shows the site of the Jamaica Rare Earth Elements Pilot Plant, a partnership between the Jamaica Bauxite Institute (JBI) and Nippon Light Metals Limited of Japan.
1
2

The world is in the midst of the Fourth Industrial Revolution, which is characterised by a range of new technologies that will fuse the physical, biological, and digital worlds. These technologies, in turn, will reshape economies, industries and various disciplines and there is a possibility that Jamaica may have a seat at the table during the metamorphosis.

One primary element of the Fourth Industrial Revolution is the use of Rare Earth Elements (REEs) or Rare Earth Metals (REMs), which are the necessary components in the manufacturing of the majority, if not all the technology and are primary for the development of new technologies from holographic phones to flying cars. REEs are often called the ‘vitamins of chemistry’. Even in small doses, they have powerful effects, from making batteries last longer to making TV screens brighter.

China is the world’s largest supplier and consumer of REEs, accounting for 63 per cent of the total mined production in 2019. In 2010, China, placed restrictions on the export of this commodity. The limited supply led to a sharp increase in the cost of REEs on the world market. Manufacturers sought to find other commercially viable deposits of REE outside of China. This would have also seen many companies that shut down, due to China’s hold on the market, reopening after the increase in market prices.

This is where Jamaica comes in. Karst-bauxite deposits, such as those found here, are naturally rich in REE. With this current finding, projections are that after a more comprehensive study, all being well, Jamaica may be able to profit from its red mud deposits.

In May 2020, I organised a team to lead the renewal of the study. The team is led by Richard Hanson, director of Analytical Services at the Jamaica Bauxite Institute.

The island has had history with REE research. In 1986, at an International Conference on Red Mud organised by The University of the West Indies (UWI) in partnership with the Jamaica Bauxite Institute (JBI) and McGill University, Canada, Arun Wagh and Willard Pinnock of the UWI presented a research paper on the occurrence of REE in Jamaican red muds. The research revealed the presence of no less than eight lanthanoids, plus uranium and thorium in Jamaica’s red mud ponds. The paper also revealed that Jamaican red mud contains higher levels of REEs than red mud produced by any alumina plant anywhere else in the world.

In 1991-1993, the JBI did preliminary investigations into the prospects of the leaching of REEs from red mud with common mineral acids. It was later followed up with solvent extraction studies using typical solvents for the extraction of REEs; however, this project was hampered from the outset by a lack of suitable laboratory equipment for measuring REE concentrations.

In 2010, Japanese company Nippon Light Metals (NLM) expressed an interest in examining the feasibility of producing commercial quantities of REEs from Jamaican red mud. This led to the construction of the JBI pilot plant built on the compound of the Jamaica Bauxite Institute in 2013. During this time, China lifted the restrictions on the supply of REE, which resulted in a fall in the REE prices on the world market. That, coupled with the inability of NLM to develop an economically feasible way to extract the REEs from the red mud, caused them to abandon the project and had over the pilot plant to the JBI.

Currently, the focus is on developing an economically viable process for recovering Rare Earth Elements from red mud. Though attempts have failed in the past, recent advances in research in REE recovery, as well as the likely upward trend in prices, it is probable that a process can be developed for efficient recovery of REE.

In keeping with the mantra of the JBI, ‘Life After Bauxite’, it is imperative that we act now on this initiative to safeguard our place on the world market with the now increasing demand for REE. Once we have identified a feasible means of extraction, we will move into the next phase of the project carefully and strategically so as to ensure that the island and its people reap maximum benefits.

The successful completion of this study gives Jamaica a prime spot on the world market that ultimately leads to the island’s economic development.