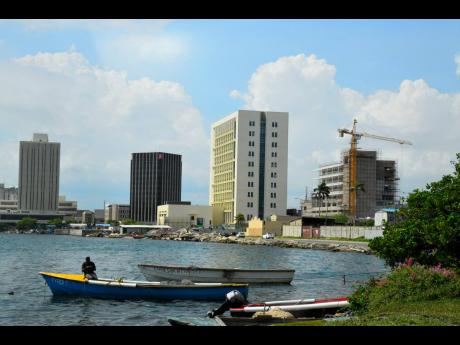 This file photograph of the Kingston waterfront shows the Ministry of Foreign Affairs and Foreign Trade building (centre). At right is the then under construction GraceKennedy building. The Bank of Jamaica (left) and the Scotia Centre are in the background. 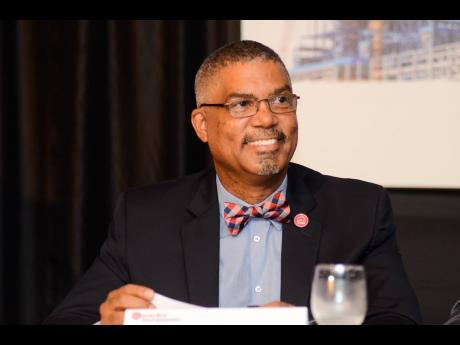 We are heartened that the Honourable Prime Minister (PM) is disappointed with the pace of downtown Kingston’s redevelopment, as reported in a Gleaner article of December 11, titled ‘Downtown dilemma’. No one with a desire to see Jamaica do well could express any other sentiment. The PM lamented the lack of take up of the urban renewal incentives meant to spur real estate development in downtown. While the rest of the city sees a remarkable and sustained surge in commercial and residential development, downtown has not enjoyed such attention, despite having an advantageous tax break.

He also wondered at the lack of pace of new businesses establishing their offices in the old city, perhaps realising that to create sustainable cities, both businesses and residential demand are interminably linked.

In an informal survey conducted by the Jamaican Chamber of Commerce last year, business stakeholders listed disorder in public spaces, and dilapidated, hazardous infrastructure on sidewalks and roads, including uncleanliness, as the top pervasive, negative influences on the downtown work experience.

These concerns, while by no means the complete reason for the continuing retardation of investment in downtown, are typical of the malaise that results from compounding neglect, either due to under-resourcing or low-priority, or both. To be clear, this is not solely a public-sector failing, as irresponsible property owners have left their buildings derelict for decades, with no thought (or requirement) to hoard these structures. The result is an ever-repeating eyesore and public health danger that highlight the absence of any effective governance structure and contributes to the picture of a city in decline rather than in rebirth. Downtown is a study in the broken-windows theory.

Collectively, such issues are signals that weigh on any commercial or residential developer when selecting a new location in which to invest its capital or time, which incentives alone, though attractive, cannot overcome. What is required in complement to incentives, is evidence of a real commitment to change, a sustained public, multi-year approach to eliminating issues identified by consensus. This is a simple yet consistently ignored formula to create organic progress, momentum for change.

Notably, our failure to build a sustainable ecosystem for progress downtown hurts all Jamaicans, not just those romantics who dream (reasonably) of having a thriving waterfront with day and nightlife, with offices, residences, restaurants and bars. Cities, we are told, are the most efficient units for production in any country. Developing an attractive, well-functioning city, where work, home, recreation and services are all within close proximity, is one of the quickest way to generate increases in national productivity and development, something which continues to elude us.

Thankfully, companies like Scotiabank, GraceKennedy and VMBS, to name a few, continue to invest in downtown, and even others have taken up the pioneering challenge, like PanJam Investment and their new development of the ROK Hotel and residences, or the Ministry of Foreign Affairs and Foreign Trade with their move to the waterfront. Like our PM, however, we would seek to welcome many, many more to be able to say our city is on the rise.

Fortunately, after 40 years of studies (and limited intermittent successes) we know what to do and what not to do, but leadership is key. We commend to you that the process of arriving at a public-private sector consensus on a set of objectives, naming leadership of resolute will from both sectors to pursue explicit responsibilities and then publishing periodic progress reports is a universal solution from which our nation has seen tangible results to other seemingly intransigent problems. It is an approach that we advocate for the downtown redevelopment. A number of corporate stakeholders are already working through the Jamaica Chamber of Commerce and ask that the prime minister engages with us, specifically through the Ministry of Housing and Urban Renewal, to catalyse the creation of a future that is within our reach.

Michael McMorris is the convenor for the Downtown Kingston Redevelopment Working Group for the Jamaica Chamber of Commerce. Send feedback to info@jamaicachamber.org.jm.