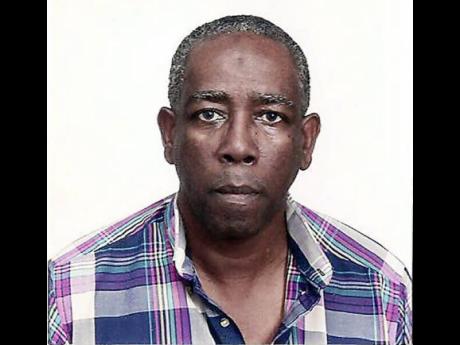 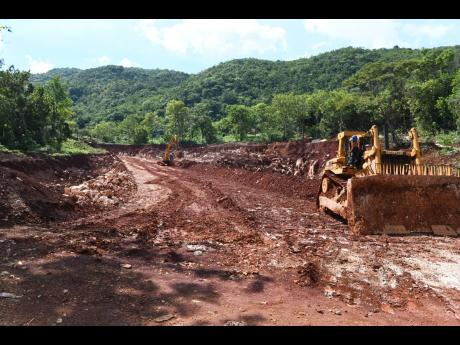 File
An area being cleared for the construction of a roadway for bauxite mining in Harmons, Manchester. 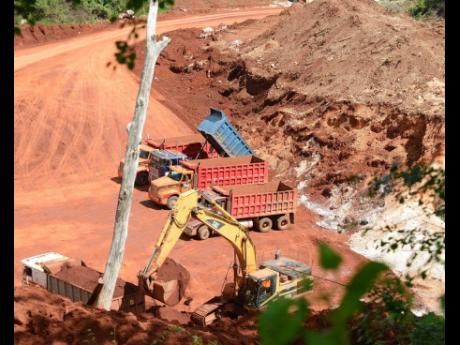 Several weeks ago, a respected Jamaican scientist sought my support in condemning the provision of a lease to mine in the Puerto Bueno Mountains of St Ann. I knew very little about the matter at the time and decided to inform myself. Two days later, a doctor called me. He was annoyed. He made some comments about the prime minister’s decision to make that lease available and did not wait for a response. His statements were not flattering. That Thursday, a man who is given free rein on a radio station in the afternoons made some comments about those who made the lease possible. I suspect a first-year law student could successfully bring a defamation lawsuit against him.

Every few years, this matter of mining problems surfaces only to disappear after a few days. I find this deeply troubling. Troubling because it is the only discussion in which we can be engaged today that has implications for many generations to come. More than three decades ago, researchers at the UWI published findings of a study of the bauxite industry. It warned – among other things – of the slow, steady destruction of our ecosystem as well as the unlikely possibility that small farmers could ever make these mined-out lands productive.

I find the matter so urgent and important that I will limit the time spent on my own ‘feelings’ and borrow heavily from the findings of prominent scientists who have spent decades studying these matters.

Open-pit mining, the method where materials are excavated from an open pit, is one of the most common forms of mining. That is what is practised here. But this type of mining is particularly damaging to the environment because certain minerals are often only available in small concentrations and require a large amount of ore to be mined. It takes eight tons of bauxite to produce one ton of aluminium. Something called tantalum is what is used to store electricity in the circuit boards of our phones. Found in Africa, it takes one ton of rock to produce just 30 grams of tantalum.

I would not be a part of any group that recommends the wholesale termination of all mining. Mining provides resources that are essential to the basic needs of civilisation and the requirements of the high-technology world that we live in. There is, however, an abundance of credible evidence that, worldwide, mining contributes to erosion, sinkholes, deforestation, loss of biodiversity, significant use of water resources, dammed rivers, wastewater disposal issues, acid mine drainage and contamination of soil, ground and drainage water. In Europe, 42 per cent of European mammals, 15 per cent of birds and 45 per cent of butterflies are endangered. Residents in mining areas who frequently complain of feeling sick, aquatic life that sometimes turn up dead in large quantities tell a story.

Three years ago, Deutshes Arsteblatt International released the findings of a study titled, ‘The Health Effects of Aluminium Exposure’. Most of the article has some really long words, but I was able to recognise a small part, in the findings; “Our article examines the question of whether environmental and therapeutic aluminium exposure increases the risk of disease. To this end, Alzheimer’s disease and breast cancer are taken as critical endpoints. Aluminium’s neurotoxic effects in humans and its embryotoxic effects in animal models have been proven.” Fine particles of bauxite dust also penetrate deeply throughout the respiratory system and are more likely to result in adverse health effects.

Last year, however, Minister of Transport and Mining Robert Montague, while speaking at the opening of the minerals sector exhibition and trade show, declared that the minerals sector earned US$1.3 billion for Jamaica and accounted for 75 per cent of the annual value of Jamaica’s traditional exports.

So, are there alternatives? In 2017, well-known and respected pharmacologist, Dr Denise Daley, was speaking at the launch of ‘Medicinal Plants of Jamaica and Their Uses’. She appealed, and not for the first time, for Jamaica to develop its medicinal plant industry, arguing that among the benefits are a slice of the multibillion-dollar pie. She said that with research and scientific validation, the country’s range of medicinal plants and ethno-medical remedies are viable options to spur economic growth, reduce healthcare costs and improve the general health of the nation. She added, “Of the plants already identified as having medicinal properties, worldwide, Jamaica has 50 per cent, and 33 per cent is endemic to the island.” (That means they cannot be found anywhere else in the world.) Continuing, she said “This could position the nation to be part of a US$38.7-billion industry by year 2020.” 2020 is here but nobody listened.

In the 1950s, a Jamaican doctor, who was told that many of his patients were using the periwinkle leaves to make a tea, sent a package of the leaves to his brother, also a doctor, in Florida. It was passed on to a biochemist in Canada. The pharmaceutical company Eli Lily got hold of it, isolated several potent alkaloids, specifically Vinblastine and Vincristine. These were proudly launched by the company in the ‘60s and are now the world’s leading leukaemia drugs. There has never been acknowledgement of Jamaica’s intellectual property.

In 2010, Zadie Neufville wrote an article titled, ‘Jamaica’s Priceless Native Plants Vanishing in the Wind’. In it she writes “... Now more than ever, Jamaican environmentalists are concerned that without adequate protection, local biodiversity is at risk of exploitation by rich nations and developers ...”. Biologist Andreas Oberli stated that same year, “… there is nothing to protect plants. We have no Red List Data …” referring to the absence of recent information for the World Conservation Union’s list of threatened species.

Mining is removing these endemic species at an alarming rate. We have 3,318 plant species, 34 per cent are to be found nowhere else in the world. Only 15 per cent has gone through any testing. There are 200 flowering plants, 60 species of orchids and 64 species of native ferns. How much is mining activity destroying? Could it include the treatment for Parkinson’s, or Alzheimer’s? Before the snickering starts, may I direct the sceptics to Patent #9040100 in the US patent office. It is for Old Man’s Beard, that nuisance that grows on electric wires and other places. It is based on a method of treating prostate cancer using compounds from the crude extract of this plant.

Mining is ugly and noisy. It is dirty, destructive and dangerous. Most of all, it is finite. In a few more years supplies will be exhausted and the country will be left looking like an ageing lady of the night. Mining will never be able to provide the economic returns that a medicinal plant industry can. Jamaica’s rich biological diversity makes it fifth in the world in terms of endemism. Acre for acre, that makes this the most blessed country on earth. Yet, like the parable of the talents, we take this for granted then wonder why pressure attends us and real prosperity eludes us. An industry based on this special, God-given gift could make us a world leader. And it would be an industry that will last in perpetuity without damaging anything or anybody. The neutraceutical industry is growing by leaps and bounds. We should get on board ... “Bigly”.

May I suggest that – as a priority – government find the resources to fund the immediate testing of all endemic plants. Those getting mining leases must pay for trained scientists to go over the land to be mined and secure species that remain for preservation.

Glenn Tucker is an educator and a sociologist. email: glenntucker2011@gmail.com