My top 10 beefs with the cruise ship industry - When they finally come back, we need a new Book of Rules 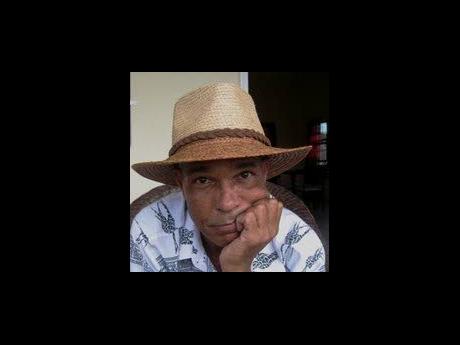 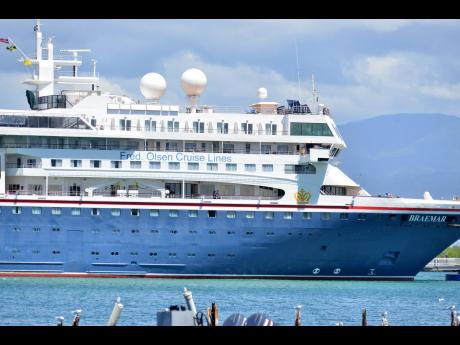 Cruise ships are the biggest casualty of COVID-19: they have all but ceased to exist – or at least to be seen. The pandemic has cruelly exposed the extreme fragility of the industry to attack from the very thing that makes them so popular: crowds. People in the know are pondering: is COVID-19 an existential threat to the industry? It certainly puts a hard end to the simplistic assumption on which the industry has been based for the past 30 years: never-ending growth. You can forget about that one! What other sacred cows of the industry now have to be rethought?

Three words: All of them. I am one of those ‘pessimists’ who believe that the cruise ship industry will take a permanent hit from COVID-19, and that although passenger numbers will rise after it’s all over, they will never reach the levels experienced pre-pandemic – at least not in the near future. And I’m fine with that. Hopefully, those people who choose to no longer cruise will do what they used to: actually visit a country, and spend money there.

But as sure as night follows day, cruise ships are here to stay, they’re never going to go away. Out of crisis comes opportunity; and the opportunity here is that when the industry finally comes back, it must come back better. And I don’t mean just better boats and better health protocols; I’m talking about a better industry – for all concerned. Up until now, the cruise ship industry has been very good for two groups of people: the owners of the ships, and their passengers. In 2018, Royal Caribbean made $1.8 billion in profits, and raised its dividend payout by 136 per cent over five years. Passengers are also clearly elated: cruising is the fastest-growing section in the tourism market, with 20.5 per cent growth over the five years pre-COVID-19 .

However, the benefits accruing to the third member of the triumvirate, the host countries, are far less certain. From Vanuatu to the Virgin Islands, host nations have been complaining vociferously that they do not receive their fair share of economic benefits from the cruise ship industry. And they are right: Royal Caribbean raised their dividends by 136 per cent over five years – did their host countries see a similar increase in their ‘dividends’? When the ships finally come sailing back over the horizon, Caribbean governments must bring the captains of industry back to bargaining table, to fix its glaring faults:

1. Passenger spends are minimal – and overstated

The biannual economic impact report put out by the Florida-Caribbean Cruise Association (FCCA) is highly unscientific, based on a visitor expenditure survey filled in by less than three per cent of passengers, and has questions skewed to produce inflated results. In 2018, the average spend of cruise tourists to Jamaica was US$111.82, but how much of this was immediately leached out of the country, on cheap Chinese souvenirs and duty-free items: Half? More? As one disgruntled vendor in the Falmouth Cruise Ship Port succinctly put it: “All they leave behind is their sh*t!”

2. Head taxes are minimal, and inadequate

The average head tax in the Caribbean is $8.92 per passenger, a derisory sum when compared to the real cost of cruise ships to the host country. Hotels pay a multiplicity of taxes: room tax, departure tax, Customs duties, VAT, airline tax, property tax, income tax, corporate tax, stamp duties and environmental levies. By contrast, what do cruise ships pay? A paltry US$8.92 per head: a highly uneven playing field.

3. The industry is highly united; the Caribbean is not

The FCCA is the umbrella organisation for the industry and they do an excellent job of promoting the interests of their members. On the other hand, there is no organisation of Caribbean governments to speak with a unified voice to the industry, not CARICOM nor the OECS. Result: We get played off one country against the other, like crabs in a barrel.

4. The industry is secretive and exploitative

Like most ocean-going vessels, cruise ships are registered in so-called flags of convenience such as Liberia, Panama and Malta, which allow shipping companies to conceal their true ownership, pay nothing in taxes and evade labour laws. Not that any of this prevents them from holding out their hands for COVID-19 bailouts; if this isn’t the definition of chutzpah, I don’t know what is. Cruise ships crews, largely from India and the Philippines, work long hours, for minimum wages and live in cramped quarters. Moreover, they have been the hidden victims of the pandemic, imprisoned on laid-up ships for months on end.

5. They turn away real tourists

On cruise ship days, Grand Anse beach in Grenada becomes a zoo, with thousands of noisy rambunctious day trippers. This is diametrically opposed to what stayover tourists come to Grenada for: beauty, peace and quiet. Average spend per stayover tourist is US$950, versus a paltry US$40 per cruise ship passenger, and yet we are sacrificing the former for the latter: this makes zero economic sense.

6. The ship is the destination

Cruise ships are very good at keeping their passengers on-board, where they spend the money they would have spent ashore. In Grenada, 25 per cent of passengers don’t even get off the boat, according to port estimates. “Activities such as dining and entertainment are all done on the cruise ship, leaving little to be spent in the local economies.” – Caribbean Development Bank.

In my short career as a small boat operator, I experienced at first hand how difficult it is to make money from cruise ships. They add 100 per cent commission on the prices charged by local vendors, and insist that operators carry hugely expensive third party liability insurance for their passengers. During the summer season, small operators suck wind. The hotel sector declines in the summer; cruise ships disappear.

8. Host countries are in a race to the bottom

In 1999, Grenada imposed a US$1.50 per head Environmental Levy on cruise ship passengers, to help meet the rising cost of solid waste disposal. Carnival Cruise Lines, supplier of 50 per cent of passengers to Grenada, boycotted the island for five years. Neighbouring islands were happy to take up the slack.

9. Infrastructure consumption is not priced

A large cruise ship can produce 95,000 litres of sewage, 500,000 litres of wastewater, seven tons of garbage, 56 litres of toxic chemicals and 26,000 litres of oily bilge water per day – where does this end up? When you add road usage and congestion in urban areas into the equation, it is evident that cruise ships are huge consumers of infrastructure services onshore – do they pay their fair share?

And last, but by no means least:

10. They pollute OUR Caribbean

In May 2019, Carnival Cruise Lines was fined US$20 million for dumping plastic waste into the sea and falsifying waste disposal records. Carnival has a long history of dumping at sea and it is obvious that the occasions when they have been found out are only a small percentage of their illegal dumping. According to Friends of the Earth, the worldwide cruise ship industry dumps around one billion gallons of sewage into the oceans every year. Given that the Caribbean accounts for one-third of the global industry, then we can assume that one-third of that sewage is dumped into OUR precious, fragile Caribbean Sea.