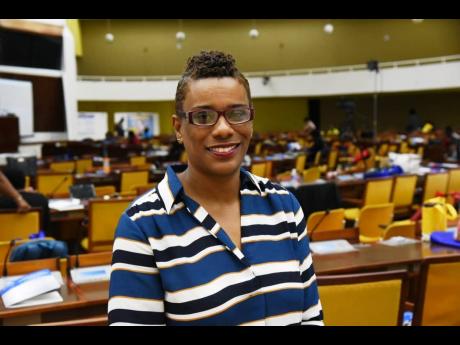 Two very important pieces of information made their way into the public sphere recently. The first, a November 29 The Gleaner article which suggested that the local tobacco industry may be moving towards adjusting its business model to incorporate “less risky” products like e-cigarettes in order to create new opportunities for revenue to counter the effects of the illicit trade in tobacco products.

A few days later, on December 1, Minister of Health and Wellness Dr Christopher Tufton tabled in Parliament the Tobacco Control Bill. Passing of this Bill will put Jamaica in line to satisfy its outstanding obligations under the World Health Organization Framework Convention on Tobacco Control (FCTC) Treaty, which it ratified in 2005.

There is the suggestion that the Tobacco Control Bill will infringe on the constitutional rights of public servants by banning them from having any interaction with members of the tobacco industry. One very important article in the FCTC — Article 5.3 —did not form part of Jamaica’s current Public Health (Tobacco Control) Regulations 2013. Tobacco industry influence often poses a barrier for countries that wish to pass effective public-health policies, and Article 5.3 seeks to protect policies from such interference. Article 5.3 states that “ in setting and implementing their public-health policies with respect to tobacco control, Parties shall act to protect these policies from commercial and other vested interests of the tobacco industry in accordance with national law”.

The recently tabled Tobacco Control Bill states that a person “who acts on behalf of or benefits from a public body which has responsibility for the tobacco control shall not, whether in the person’s individual capacity or otherwise, interact in any manner whatsoever with a person in the tobacco industry in furtherance of business activity, except where it is strictly necessary to do so in order to ensure the effective regulation of the tobacco industry, a tobacco product or a relevant product”. Even as a private citizen, I, when entering into agreements with any entity engaged in protecting public health, must sign a conflict of interest form which states that neither I nor any immediate family member or spouse works for or owns shares in any tobacco company. According to a 2020 report by the Stopping Tobacco Organizations and Products (STOP) organisation, tobacco companies tend to target finance, commerce and trade. Hence, it is important that strict laws, which may appear harsh to the casual observer, but prevent undermining of public health, be put in place. In this instance, the good of the whole supersedes the rights of the one.

Let us make no bones about it; the tobacco industry is a profit-making entity. I am reminded of this each time I read an article that discusses the effects of the illicit trade on tobacco industry profits. For instance, some months ago, I read four different articles, published between August 2013 and July 2014 in newspapers in Scotland and Wales, in which tobacco companies decried the illicit trade in cigarettes and its effect on their business. The illicit trade notwithstanding, as the phrase ‘smoke-free’ catches on, we may see e-cigarettes becoming increasingly popular and, while the jury may still be out on them, the evidence so far suggests there is nothing ‘less risky’ about e-cigarettes.

Last year, before the coronavirus (COVID-19) pandemic swept in and caused us to forget the harms of tobacco and nicotine use, there was a spate of lung illnesses and deaths worldwide, all related to e-cigarette use. In the United States alone, more than 50 persons died and thousands more got seriously ill.

Now, a study published in the Journal of Adolescent Health shows that teens and young adults who use e-cigarettes are at higher risk of being diagnosed with COVID-19. Coronavirus is a disease which ravages the lungs. Lungs already made vulnerable to disease by exposure to the chemicals in e-cigarettes may not survive a disease that has already claimed more than one million lives worldwide. What is more, as we contemplate the possibility of wide-scale reopening of schools, we must also consider the ways in which young people’s access to these harmful products may increase. Public health is everyone’s concern and, though a vaccine has now become available, this is not the time to drop our guard. During COVID-19, nothing that harms the lungs is less risky.