Elizabeth Morgan | CARICOM: An uncertain trade and economic outlook for 2021 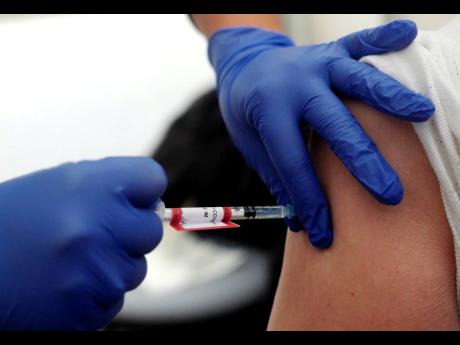 Although there was optimism about vaccines at the end of 2020, the reality check is that 2021 has not had such a great start.

The Caribbean Community’s (CARICOM’s) outlook for 2021 could be a very short article; summary – not so good. The year 2021 is starting with general uncertainty about the trade and economic outlook. Much will depend on how countries are able to contain COVID-19 and the availability of vaccines to most countries enabling them to return to a fair level of normality. Reports indicate that tourism will be slow to recover as will global oil demand. In addition, St Vincent and the Grenadines is on La Soufriere volcano watch and political unrest continues in Haiti.

The year 2020 began with some expectation for recovery and growth. By March, with the spread of COVID-19, travel restrictions and the lockdown of economies, years of progress were reversed, especially in the Caribbean, where several countries have 20 per cent or more of their gross domestic product (GDP) coming from tourism. From September to October, there was inclement weather in some islands resulting in damage to agriculture and infrastructure. With the exception of Guyana, which registered growth of about 31 per cent due to oil production, most CARICOM member states saw a severe decline in their GDP.

CARICOM’s external trade with third countries and intra-regional trade for 2020 are difficult to assess, at this point, as statistics for all the member states are not yet available. However, for principal trade partner, the USA, in 2019, CARICOM imported goods valued at US$14.04 billion and exported US$6.23 billion. Figures from the US Census Bureau for January to November 2020 show that CARICOM goods imports were valued at US$10 billion, while exports were valued at US$4.41 billion. With the December figures added, the value of the CARICOM-US merchandise trade could see a decline. The Statistical Institute of Jamaica’s Merchandise Trade Bulletin shows that Jamaica’s trade for January to August 2020 registered an overall decline and the trend is expected to continue to December.

In trade in services, tourism mainly, available figures for The Bahamas, from January to August 2020 show that tourist arrivals were about 35 per cent of the 2019 figure. For Jamaica, from January to October 2020, arrivals were 34 per cent of the 2019 figure. This was the general trend for CARICOM countries dependent on tourism. For those countries with petroleum as a principal industry, there was also a decline, as demand was reduced due to restrictions in travel and production.

For 2020, CARICOM countries were focused on containing the spread of COVID-19, trying to rescue economies, deliberating on building back better and the role which the CARICOM Single Market and Economy (CSME) would play.

Although there was optimism about vaccines at the end of 2020, the reality check is that 2021 has not had such a great start. COVID-19 cases are increasing in the USA, Canada, United Kingdom (UK), European Union (EU) member states, China, India, Africa, and in Latin America and the Caribbean with new strains. In fact, Latin America and the Caribbean is listed as one of the worst affected regions. There are further restrictions in some countries. Canada and the UK are now requiring persons entering their countries to have a negative COVID-19 test. This places an added burden on Caribbean countries which must now provide these tests on a larger scale.

Vaccines have been approved and are being used in the USA, Canada, UK, EU, and Australia. Japan is seeking approval of the Pfizer vaccine by February. China, Cuba, India and Russia have developed and are using their own vaccines. Interestingly, New Zealand has declared that it is COVID free.

CARICOM and other developing countries have signed to the World Health Organization’s (WHO’s) COVID-19 Global Access Facility (COVAX) for access to vaccines. Under COVAX, it seems that two billion doses of the Pfizer vaccine have been secured already for global distribution in 2021, with another 1.3 billion to come in 2022. The first doses will target 20 per cent of beneficiary countries. The director of the Pan American Health Organization (PAHO), the regional arm of WHO, Dr Carissa Etienne, has announced that vaccines’ distribution will commence in the Americas in March. It should reach CARICOM countries by April. From media reports, however, it seems that a very small amount of a COVID vaccine was available in Barbados recently.

As with many things, the inequalities in the global community are being starkly demonstrated in the availability of vaccines. The developed countries will be the first to have access to these vaccines, and the developing countries will be on the bottom rungs of the ladder. For successful global recovery, all countries need to recover, not only a few.

It is reported that, with COVAX, only 16 per cent of Jamaica’s population could be vaccinated by the end of 2021. Jamaica has announced that it will begin exploring access to vaccines outside of the COVAX programme.

In a statement issued on January 13, speaking to the inequitable vaccine distribution, CARICOM called for a global WHO summit to address this matter.

If COVID-19 is not contained through observing the protocols (washing hands, distancing and wearing masks) and getting timely access to vaccines, the outlook for 2021 will definitely be much dimmer than earlier projections. CARICOM’s small open, middle-income economies, highly trade dependent, will be in crisis without the further support of the international community.