Jaevion Nelson | Let’s do the right thing now about abortion 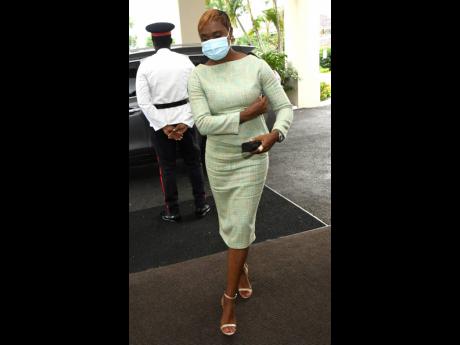 Juliet Cuthbert Flynn the minister of state in the Ministry of Health and Wellness. 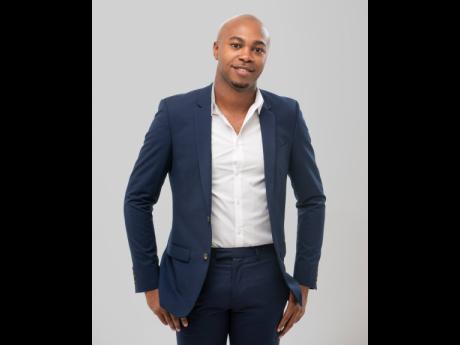 The men of the cloth and their surrogates, including those in the Love March Movement (who betray everything their name suggests), have awkwardly awakened from their deep slumber.

It’s funny when you think how easily topics like buggery, gambling and abortion jolt them into ‘action’.

Unsurprisingly, earlier this month, they issued a warrant to Prime Minister Andrew Holness, demanding that Juliet Cuthbert Flynn, the minister of state in the Ministry of Health and Wellness (MOHW), be reined in. The very same people who consistently wail and weep about their freedom of speech and conscience being threatened; the same people who taped their mouths and paraded in the sweltering heat in 2014 in front of one of our universities protesting about a decision to fire a professor, are essentially now asking that someone be silenced.

It’s blatant hypocrisy to me.

Cuthbert Flynn’s recent comments following the landmark decision in Argentina, about a week ago, to legalise abortion have angered the herd who are adamant that archaic, discriminatory, and oppressive laws which continue to wreak havoc in people’s lives and cost the country millions of dollars each year remain unchanged.

Speaking with The Gleaner, Cuthbert Flynn suggested that, as a country, “we need to be more progressive in our thoughts”, and that “we need to definitely change the laws” on abortion to allow our women and girls to have access to safe and affordable services for the termination of pregnancy, if they so desire.

The minister is absolutely right and must be commended for her strident and well-thought-out action over the last few years.

In 2018, Cuthbert Flynn, then a backbencher and first-time member of parliament, stood up and tabled a motion that Section 72 of the Offences Against the Person Act be repealed to legalise abortion. Certainly, she is not the first politician to support legalising abortion but, in more recent times, none of them went as far. She did so fiercely, despite many threats from religious leaders, and convincingly won a second term in West Rural St Andrew.

For readers who do not know, the impetus for much of her advocacy for legalising abortion (not that she didn’t support this before) was the death of a young woman in her constituency who passed away as a result of a botched abortion procedure. Cuthbert Flynn was clearly affected and used the plight of her constituent as they mourned the passing of a daughter, sister, friend, relative, and loved one as a catalyst for much-needed change.

I think this is a lesson to politicians about how you represent and be a champion for the people as a legislator. You have step up to the task and stand up for what is right. Importantly, Cuthbert Flynn’s story shows it’s not always political suicide when you take a position like this on a ‘controversial’ issue. If you put in the work and build a relationship with your constituents, as she has done, nothing can remove you from your seat.

Commendations as well to those politicians who stood up before and helped pave the way for the parliamentary advocacy in this regard. Kudos to folks like Dayton Campbell, Lisa Hanna and Alando Terrelonge. I am sure there are others, but these are the ones I recall in the last 10 years who stood up and boldly said what needed to be said on this topic.

It’s fascinating how these ‘righteous’ men have uncannily managed to centre themselves into the debate, waging war to “protect their children in the womb” because, they claim, “real men love babies”. Certainly, more careful attention to the plethora of challenges bombarding women and girls in our society would have prevented that faux pas.

We have been at this for quite a long while, since the 1970s, flip-flopping between policy positions, skirting around the law, conducting research and convening commissions to provide the Parliament with guidance on how to move forward.

Sadly, as is the seeming custom, we allow ourselves to be held to the ransom of religious dogma and ignore sound recommendations around how to better protect and take care of people.

The situation relating to unwanted pregnancy is dire and rumours about persons terminating pregnancies are enough to cause us to pause and agree that access to safe, affordable and legal abortion services is critical.

Moreover, with scores of young women being treated each year, at the Victoria Jubilee Hospital, for example, for complications from botched abortions, the question our leaders must ask themselves is, at what point do we stop pretending and pussyfooting?

One sincerely hopes recommendations will be tabled in the coming legislative year and that the women of parliamentarian will be at the front and centre of the advocacy to, at long last, get it done.

Let’s do the right thing now.

Jaevion Nelson is a human rights, economic and social justice and inclusive development advocate. Send feedback to @jaevionn or jaevion@gmail.com and columns@gleanerjm.com