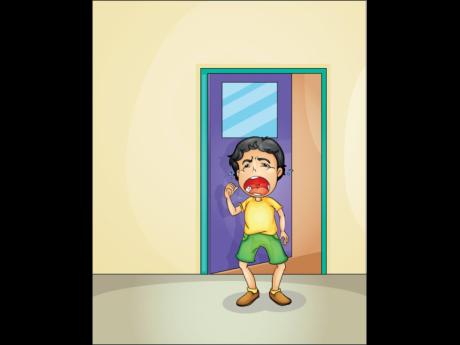 About a week ago, Jamaica was rocked by a most heinous act. A woman was shot to death while attending a church service. The killer allegedly entered the church, sat behind his intended victim, and then released a barrage of bullets into her at...

About a week ago, Jamaica was rocked by a most heinous act. A woman was shot to death while attending a church service. The killer allegedly entered the church, sat behind his intended victim, and then released a barrage of bullets into her at point-blank range. This came on the heels of another gruesome and barbaric act, when four homeless people were slaughtered, and two others injured, during a violent rampage.

In recent years, Jamaica’s murder rate has consistently been in the top five globally, so it is not surprising that with recorded killings of 1,301 in 2020, a new report on Latin America and the Caribbean has revealed that Jamaica now has the region’s highest homicide rate at 46.5 per 100,000 people. And this year has started off with a bang. According to statistics from the Jamaica Constabulary Force, 113 people were murdered across the island during the first 31 days of this year, an increase of 2.6 per cent over the corresponding period last year.

We hear the news, see the statistics, and we express horror and disgust. We cry out for justice. Our authorities institute curfews, states of emergency and zones of special operations, and we are still killing one another like crazy.

We focus on the end result of violence, but do we stop to ask ourselves, “What makes someone a murderer?” A newborn baby is like a clean slate. So, what takes place between the time a foetus exits the womb and becomes a living, breathing child and the time he or she pulls a trigger, inflicting a mortal wound, or plunges a knife into someone’s chest? We all know the steps to take to avoid or minimise our risk of getting COVID-19, but what can we do to reduce the numbers of murderers we produce?

The answers are out there if we really want to know, and one of the main causes is childhood trauma. Not everyone who has been traumatised as a child grows up to be a murderer, and not all murderers were traumatised as children, but research has found a very strong correlation between childhood trauma and aggression in adulthood.

Murderers and violent criminals are created by a combination of nature and nurture, with both genetics and social environment being factors. However, a genetic predisposition may not necessarily lead to violent or criminal behaviour. Much of it depends on environment. As Federal Bureau of Investigation profiler Jim Clemente said, “Genetics loads the gun, their personality and psychology aim it, and their experiences pull the trigger.”

Clinical psychologist Lisa Firestone expresses a similar sentiment, stating, “We are all born with the neural architecture and ability to develop empathy and compassion, but for this to happen, we need to have a series of positive experiences and to avoid a series of negative experiences.”

There is much evidence to support these views. For example, in his book, The Anatomy of Violence, Dr Adrian Raine explains, “Genetics and environment work together to encourage violent behaviour.” For example, those with a specific variant of the enzyme monoamine-oxidase-A gene are more prone to displaying violent behaviour if they have had an abusive upbringing.

So, the environment in which a child is raised has a significant influence on future attitudes and behaviour, including a predisposition to aggression and violence.

Research has found abnormalities in the brains of survivors of childhood trauma, such as abnormalities of grey matter (areas that process information) in regions that play important roles in cognition and behaviour. Interestingly, Kent Kiehl, a neuroscientist at the University of New Mexico and the Albuquerque-based non-profit Mind Research Network, also found that in convicted murderers there was reduced grey matter in several brain regions.

It has also been found that people who have experienced childhood trauma often react to minor triggers. This happens because trauma sensitises a region of the brain known as the amygdala to the perception of threat, leading to fear responses being triggered over time by less and less stress, which can be manifested as violent behaviour.

According to Joel Norris, in his book Serial Killers, “Parents who abuse their children, physically as well as psychologically, instil in them an almost instinctive reliance upon violence as a first resort to any challenge.” And this cycle of violence is generational, as dysfunctional children often grow up into dysfunctional adults who abuse their children, and the cycle continues.

Parental abuse and neglect, and exposure to dysfunction and violence in the home and community are significant contributing factors to childhood trauma, and, unfortunately, they have been normalised in my country. Despite evidence that corporal punishment does more harm than good, many Jamaicans insist on beating their children. Many of us are survivors of parental neglect and do not even realise it, have grown up with grandmothers, aunts and other family members after being abandoned by parents.

As for violence being used for dispute resolution, it has unfortunately become part of our culture, and our children see this and are influenced by it.

If we really want to reduce our murder rate, we must look at long-term solutions, and one of the most important is to stop traumatising our children. We need to institute programmes to educate people in schools and communities about parenting and conflict resolution. Children need to be taught empathy in schools (yes, empathy can be taught). Comprehensive sex education is a must, as teen pregnancies, which are usually unplanned, often result in the birth of children in suboptimal environments.

And we must adopt a zero-tolerance approach to child abuse and neglect. We have to look out for and protect our children. If we do not, the society will pay the price for our negligence.