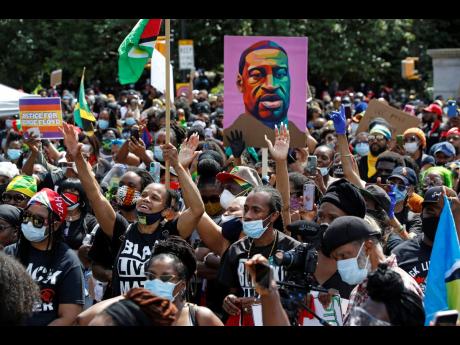 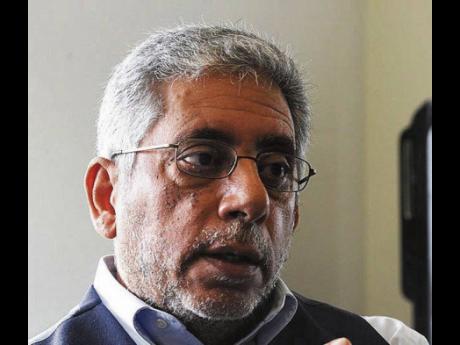 Last year, millions of protesters poured into the streets of every city and town across the United States in the largest public demonstrations in the history of the country.

They marched in the wake of the brutal police murders of George Floyd, Breanna Taylor, Ahmaud Arbery and other innocent African Americans. These multiracial, multicultural masses were demonstrating against widespread police brutality and systemic racism; marching in the middle of a growing pandemic in support of the Black Lives Matter Movement (BLM).

They called for sweeping reforms in policing, and for the dismantling of structural White Supremacy. As the crowds marched across the US, flags of several Caribbean countries could be seen in the midst, and the pulsating rhythms of reggae music could be heard blasting from the shops and apartments of Brooklyn and the Bronx.

This was socially conscious reggae – protest songs of Bob Marley and the Wailers, Burning Spear, Steel Pulse, Third World and other iconic groups; resistance reggae as in Get up, Stand up, Stand up for your rights.

Indeed, resistance reggae has always been considered liberation music. We recall how the ANC fighters in South Africa would listen to reggae music before going into battle against the military forces of the white apartheid regime at the time. And who could forget Bob Marley and the Wailers performing at a live concert to a huge packed stadium in Harare when Zimbabwe got its independence in April 1980.

Add to that history, we learned recently that US Vice-President Kamala Harris prides herself in memorising most of the lyrics in Bob Marley’s songs as a tribute to her Jamaican family roots.

Once again, Caribbean people in the global diaspora were actively involved in history-making events. In this case, many of those who marched last year were proud immigrants who came to America seeking a better life for themselves and their children, expecting that in the “land of opportunity” they could freely pursue their dreams. But many soon came to realise that in the pursuit of their dreams they would have to encounter racism and anti-immigrant hatred.

There’s an unbroken line of continuous activism from the days of Dr Martin Luther King and the civil rights movement of the ‘60s and ‘70s, through the Black liberation movement of Malcolm X, the Black Panthers and Stokely Carmichael to the young activists leading today’s Black Lives Matter Movement.

This new movement has learned some hard historical lessons on how the Black leaders of yesteryear were spied upon, discredited and ultimately assassinated. For that reason, they have deliberately chosen a collective leadership model, but the spirits of Martin, Malcolm and the Black Panthers burn bright in the souls of the BLM activists.

The Biden-Harris administration is off to a fast start in reversing many of the reactionary and egregious policy decisions of the Trump administration but progressives and BLM activists say they will hold the new administration’s feet to the fire. No blank cheques and a variety of demands and expectations.

BLM intends to be an active participant in helping to shape the Biden-Harris agenda. Progressive forces and contemporary civil rights organisations like the NAACP, the National Action Network and the National Urban League are prepared to give Biden time to settle in, but some are concerned that his racial equity agenda is not bold enough. They note that there is no mention of reparations or reparatory justice in his agenda.

To be sure, Biden and Harris face daunting challenges. They confront four interlocking crises – a COVID-19-driven public health catastrophe that has already claimed over 400,000 deaths, an economic meltdown with millions jobless and millions more going hungry, a crisis of systemic racism and rising domestic terrorism, and the existential danger of climate change. Moreover, they also confront the crisis of deepening racial and economic inequalities, which have been exacerbated by COVID-19 pandemic and which have revealed the stark racial wealth gap between white and Black Americans. Biden and Harris inherited an unprecedented mosaic of challenges, left for them by COVID-19 and Trump.

When Blacks and other people of colour voted overwhelmingly for Biden and Harris, they voted to preserve their hard-won civil and voting rights, to advance their basic class interests and to reaffirm their dignity and humanity. In a unique historical irony, the descendants of enslaved Africans ‘saved’ American democracy from Trump’s autocracy and tyranny.

Trump is no longer in the White House but Trumpism remains a potent and dangerous force in American politics. Trumpism is not some new ideology with a defined set of principles and ideas. It is nothing but repackaged and rebranded White Supremacy egged on by the American economic elites who saw Trump as the guarantor of their financial interests.

On January 6. 2021, Trump’s white supremacist storm troopers attempted to sack the Capitol building in Washington, the most hallowed symbol of American democracy.

They laid siege to the Capitol because they planned to stop the exercise of democratic governance which they have come to believe will strip them of their white privileges and will advantage the interests of black and brown people at the expense of the ‘real, true’ Americans.

The violence, bigotry and lawlessness that marked the assault on the Capitol represented a new face of politics inhabited by fools and fanatics who, in their cultish loyalty to Trump and their own greed for power, proved that cowardice is contagious.

Tens of millions of white Americans who voted for Trump openly sympathised with the racist, riotous mob that invaded the US Capitol. Some 60 per cent of Republican voters still believe Trump’s ‘Big Lie’ that the 2020 election was stolen from him. Today’s Republican party has degenerated into a corrupt, criminal enterprise consumed by insane conspiracy theories and blinded by a hatred for facts and science. Without question, today’s Republican Party is the party of Trumpism.

The mob mentality on display on January 6 was a combustible mix of hate, ignorance, irrationality and fear; fear of the changing American demographics, fear that whites will not be able to dominate and reign supreme over the new rainbow America of the future. Make America Great Again (MAGA) is a misguided notion that the future means recreating the past, a backward-looking vision for returning to the era of American apartheid. It’s a delusional fantasy.

Thanks to the BLM protests last year, America is now being forced to confront the sins of its history and to reckon with the inconvenient truths of its racist past.

Among the hundreds of placards in last year’s street protests there were many ‘Reparations Now’ signs, which reflected a growing support for the reparations movement in the USA.

Martin Luther King supported reparations back in the ‘60s and ‘70s, and so does the BLM today. Indeed, 75 per cent of African Americans and 52 per cent of young white Americans support various forms of reparatory justice for the crimes of slavery.

Proposed legislation in both the House (HR40) and the Senate (S40) is making progress in the US Congress with hearings in the House set for early February. Meanwhile, California and several other states, along with a host of cities across the country, have set up reparations task forces to study how best to implement various forms of reparatory justice. The National African American Reparations Commission (NAARC) is calling on the Biden administration to support these reparations bills and also to appoint a presidential commission on reparations.

In NAARC’s view, Biden and Harris and the Democratic Party writ large, must address the prevailing legacies of slavery as manifested in the gross disparities between whites and blacks in health, education, housing and several other quality-of-life indices. Reparations is the moral and historical imperative of our time.

The contradictions between a backward looking Trumpism and a forward-looking progressive agenda will sharpen in the weeks and months ahead, contradictions that will only be resolved in continuous struggle.

And, as these struggles unfold, all indications point to further involvement of the Caribbean diaspora in these upcoming battles, and roots reggae music will continue to inspire and energise the social and racial justice movement in the USA and around the world.

Don Rojas is a veteran Caribbean journalist, editor and activist, and former press secretary to the late Prime Minister of Grenada, Maurice Bishop. He resides in Baltimore, Maryland. Send feedback to columns@gleanerjm.com