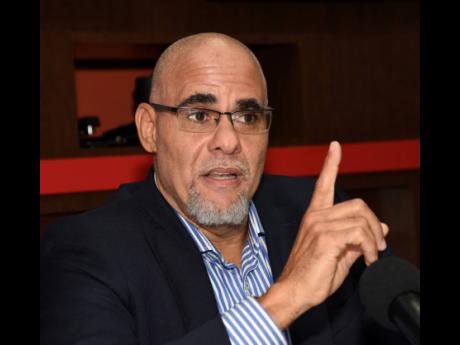 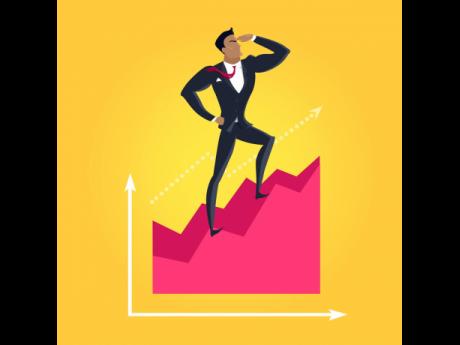 For a long time, Jamaica faced significant fiscal challenges, with high levels of unsustainable debt. These challenges saw us running fiscal deficits over many years, with Jamaica’s debt levels soaring to as high as 147 per cent of Jamaica’s gross domestic product (GDP) in 2012.

These astronomical levels of debt made Jamaica a risky proposition for investors in Jamaica’s sovereign debt. As a result, Jamaica’s debt-servicing costs were high and absorbed high levels of GOJ, revenues which had the unintended consequences of putting significant constraints on spending on priority areas, including education, health, infrastructure, national security, and social programmes. This scenario has not served Jamaica well.

The high levels of debt also had the negative impact of crowding out private-sector investments, which limited Jamaica’s capacity to grow businesses, jobs, and economic activity, generally, that would drive tax revenues and would, in turn, increase the Government’s ability to invest in the requisite services for the public good.

After Jamaica failed to complete the 2010 Standby Arrangement with the International Monetary Fund (IMF), Jamaica’s credibility with the fund, other multilaterals, and domestic and financial investors was at an all-time low.

When it became clear that a new IMF agreement would be required, the financial sector, unions and other stakeholders who had previously entered into debt swaps and wage freezes, initiated conversations with the then Minister of Finance Dr Peter Phillips to establish an oversight mechanism to which he agreed, and the Economic Programme Oversight Committee (EPOC) was born.

The formation of EPOC coincided with Jamaica entering into the IMF-supported Extended Fund Facility (EFF) in 2013. EPOC quickly became a credible voice under the leadership of Richard Byles, which gave frequent and frank updates to the people of Jamaica.

On the change of administration in 2016, the administration of Prime Minister Andrew Holness continued with the EPOC arrangement. Furthermore, on Jamaica’s early termination of the EFF and entry into the Precautionary Standby Agreement (PBSA) in November 2016, EPOC’s mandate was renewed and extended over the course of this three-year agreement.

Over the six and a half years of the EFF and the PBSA, the IMF undertook independent quarterly, semi-annual and annual fiscal reviews and analyses, while EPOC played a domestic monitoring role with respect to the macro fiscal targets and the policy and legislative commitments under the programme, and reported on the country’s performance to the public.

This proved to be a symbiotic relationship as EPOC was a voluntary effort and did not have the resources to conduct the deep financial analysis and modelling which is required to provide the comprehensive fiscal analysis and reviews.

The Independent Fiscal Commission (IFC) has therefore evolved out of our own experiences over the past several years and is timely, with the exit of the IMF and the gap that it will create.

The Independent Fiscal Commission will combine the independent fiscal review, analysis and publication of the IMF, along with the domestic monitoring, ownership and reporting EPOC.

The IFC will be the guardian, interpreter and arbiter of Jamaica’s fiscal rules and will keep the public informed on economic matters and will also plug the gap of providing independent analysis on fiscal policy developments.

Consistent with international best practices, Jamaica’s IFC’s mandate will be to provide the public with an informed and independent opinion on the soundness and sustainability of Jamaica’s fiscal policies and positions, in keeping with Jamaica’s FRF.

The development of the policy and legislation to establish the IFC involved broad stakeholder consultation which included public fora; consultations hosted by the Ministry of Finance; as well as consultations facilitated by a firm led by the former head of Canada’s independent fiscal institution, who also provided advice and assistance with the policy development.

The IFC will monitor and report on compliance with Jamaica’s fiscal rules. It will provide independent and thorough analysis on fiscal policy developments. It will keep the public informed on economic matters according to a scheduled calendar.

The IFC will issue two economic and fiscal assessment Reports published within 10 days of the release of the FPP and the interim FPP in February and September-October each year. These reports will include the IFC’s opinions on the soundness of Jamaica’s fiscal position in the context of the FRF, while also assessing long-term debt sustainability.

The IFC will also produce two statements on fiscal performance, in respect of the June and December quarters, which provide an assessment of the Government’s achievement of the Budget and fiscal targets pursuant to the FRF.

After tabling in the Houses of Parliament, the IFC will publish on its website these reports as well as any other reports it prepares in relation to its functions.

The funding for the IFC will be approved by Parliament as a line item in the Budget, with annual reports to be audited by the Auditor General’s Department.

An advisory committee, comprising five experienced and qualified representatives from academia, the private sector, trade unions, and civil society will support the Fiscal Commissioner by providing periodically their views on the fiscal and economic outlook – while not encroaching on the operational independence of the Fiscal Commission. For full transparency, the meeting schedule with the advisory committee will be disclosed a year in advance, and minutes of meetings will be published within six weeks or prior to the next meeting, whichever is earlier.

Jamaica is taking the necessary steps to institutionalise the requisite technical analysis, review and reporting that played a critical role in our economic transformation. By establishing the IFC, we are strengthening the credibility of Jamaica’s fiscal path; promoting inclusiveness in the policy discussion space; enhancing accountability of the policymaking process; and taking greater societal ownership of Jamaica’s economic direction.

Keith Duncan is the chairman of EPOC, president of the PSOJ, and CEO of JMMB Group Ltd.