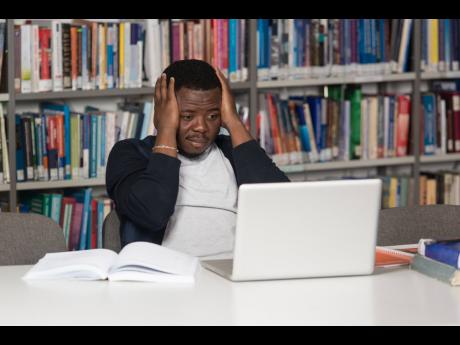 The story of educational deficit caused by the suspension of face-to-face classes due to coronavirus needs to be rehearsed and emphasised. Many of us, including some policy leaders, are still skirting the issues and flirting with convenient and superficial half-measures.

First of all, beyond the COVID-19 morbidities and deaths, there is no greater threat to the nation’s social and economic resurgence from the pandemic than undereducation. We had this big, chronic problem before COVID-19, and we are all culpable because we had learned to live with what Peter Phillips aptly called “educational apartheid “. We rationalise inequality.

That situation is exponentially worse now. Recently, Dr Herbert Gayle told me that by assessing family background and school performance, from as early as eight years old, there can be a strong predictability of a youth resorting to gangs and crime. That’s too late to crush them before birth and a little too early for the official murder or preventive detention which some of our leaders espouse.

Talk straight: As it stands, our inadequate and indecisive approach to human development is nourishing a culture of death and disadvantage for at least a half of our youth, even as it provides opportunity for advancing life skills for others.

Gayle will not let us take our eyes off those communities where there is about a 40 per cent drop-out rate of ‘schoolers’. Those are the ones teachers have not seen online or in person since March 2020. Where are they, and what have they been doing and learning since then? Go figure!

His science tells us that attaining even three Caribbean Secondary Education Certificate (CSEC) passes creates a fourfold likelihood of a boy avoiding gangsterism when compared to a dropout with no subjects. And if you can bear this truth: a child from a stable home environment has a 200 per cent better opportunity of avoiding crime relative to someone from a brittle family situation.

As we get ready for the summer ‘vacation’ – that apparently unpostponable respite from a school year that never really was – here comes the leader of the teachers’ union deflecting us with a treatise on the merits of zoning and the salutary lessons we are supposed to be learning from semi-existent, virtual classes.

Our capacity to confuse form with substance, “straining the gnat while leaving the camel”, appears unlimited.

At one of the most highly reputed high schools, replete with electronic facilities, the teachers have begun testing the reception and retention of distance-learning material by examination candidates. The gaps in the absorption of concepts between what was thought to be taught, even by master teachers with everybody logging in, are proving to be enormous and frightening.

Even among the brightest and most enabled, the evidence is that the virtual teaching expedient is seriously deficient. Can we imagine how much worse is the condition of the learning-impaired or impoverished? So-called blended learning may well form part of our future modalities, but please don’t let that prospect make us content with the rushed half-measures of the present.

Remember, too, that most schools are only assessing grades six, 11-13 . Who knows what is the situation with children in all the absent grades?

The nation needs a decision now – even before the impending Primary Exit Profile and CSEC fiascos. This column has advocated for a re-do of the entire lost academic year. The principals of the highly rated primary and high schools who I have consulted, feel that the catch-up could be done in less than a full year if the out-of-school period is not further elongated. Weaker institutions and individuals will need even more time.

I am appealing to the Ecumenical Church Schools Committee to insist that the nearly 50 per cent of schoolchildren who fall under their aegis be not blighted by official fear, indecision and half-measures. Church leaders need to speak out against the educational and moral short-changing of the young, who have no voice, rather than bemoaning cancelled liturgies and revolting against health protocols.

May I also respectfully challenge the Patterson Transformation Commission to take this immanent problem of academic and social default under immediate reference. What would be the point of presenting a plan for overall reform while the foundations of teaching and learning are being shaken to their core?

With the greatest respect for, and acknowledgement of, the efforts of the Ministry of Education, they have neither the personnel nor the budget to remediate all that is being lost without repeating all, or at least most of, the last and current academic years.

Apart from the academic default, the emotional destabilisation of young people requires the necessity of sustained rehabilitation. Most children are disturbed by the somersault of their routines, their diets, and their opportunities for sociability.

This is what the Jamaica Teachers’ Association, the Church, Ministry of Education and parents ought to be agonising over. After all, there is no vaccine for mental instability.

Starting now, every single student needs to be called in, their individual academic and emotional condition carefully assessed and a remedial and therapeutic programme determined and provided. Never have teachers had such an all-encompassing and crucial responsibility. Not one dropout can be countenanced.

This must be the sector’s priority for the months of March to September. All lesser half-measures are “sinking sand.”