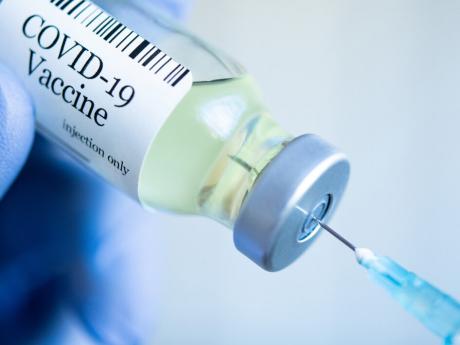 The world, fortunately, has several vaccines with which to do the job, although supplies are disproportionately in the hands of rich, developed countries, which cornered the market for the drugs even as they were in development.

If there is an upside from last week’s problematic roll-out of Jamaica’s COVID-19 vaccination programme, it was its signal that despite the effort of the anti-vaxxers and conspiracy theorists, many people are keen to be inoculated against the coronavirus. Some even jumped the queue to get the jab.

The greater lesson, however, is that there are kinks to be worked out of the system before the concerted vaccination drive gets under way, lest it turns into mayhem, losing the confidence of Jamaicans. That would be detrimental to any near-term social and economic recovery from the ravishes of the pandemic. Policymakers must, therefore, urgently fix the glaring flaws that showed themselves during the first few days of the exercise.

Up to Monday, more than 31,300 Jamaicans had tested positive for the virus. The real number who have contracted the disease could be between seven and 10 times that figure. By Monday, the virus had killed 492 people; another 57 deaths were under investigation; and 92 more were coincident with the disease. There has been a sharp upward spiral in infections since the start of this year as the community spread of the virus took hold.

Apart from the price people have paid with their health, COVID-19 has also extracted a high cost in the country’s social and economic well-being. In 2020, Jamaica’s economy declined an estimated 10 per cent, the effect of the full or partial shutdowns of countries, including Jamaica, imposed to slow the spread of the virus. For the better part of a year, elderly Jamaicans have been cooped up in their homes.

People around the world are learning, of a fashion, to cope with the virus. Regular hand sanitisation and the wearing of face masks have proven effective in keeping it at bay. But, by far, the best way to halt the pandemic in relatively quick time, without vastly more illnesses and deaths – nearly 121 million people have already contracted the virus worldwide and over 2.67 million have died – is through mass vaccinations.

The world, fortunately, has several vaccines with which to do the job, although supplies are disproportionately in the hands of rich, developed countries, which cornered the market for the drugs even as they were in development.

Last week, Jamaica received from India a gift of 50,000 doses of the vaccine developed by the Anglo-Swedish company, AstraZeneca, which was manufactured in the subcontinent. Two days ago, we received 14,400 doses of more than 127,000 that are to be eventually delivered, via the World Health Organization’s COVAX initiative. Another 1.8 million doses have been promised through the Africa Medical Supplies Platform, a vehicle set up by the African Union (AU) to purchase COVID-19 equipment and drugs for the continent, which the AU opened to Caribbean Community countries. The Government hopes, during this month, to identify, and lock in, such other amounts of vaccines to reach the 3.5 million doses which would be sufficient to fully inoculate 65 per cent of the population, the level required to achieve herd immunity.

If all goes well, a big inoculation drive should be on in a few months, which Prime Minister Andrew Holness and the health minister, Dr Christopher Tufton, have said will be Jamaica’s biggest logistical exercise, outside of mobilising for general elections. Administering the vaccines which were gifted by India and earmarked for front-line workers – such as healthcare professionals, the police and soldiers – did not start well. At some centres, things turned chaotic.

Despite their weeks of pre-planning, it seems that the Government’s vaccination task force missed many potential pitfalls and failed to utilise available public health databases, or did so inadequately. In recent weeks, health professionals organisations, seemingly with the imprimatur of the health ministry, were inviting people to sign up on their websites for the jab. Similarly, private doctors were taking the names of their patients who wanted to be inoculated. The Government offered to clear the process on its own.

At inoculation centres, many of these people turned up, some having been invited to do so by health officials, when, towards the end of the day, it was clear that some designated front-line workers were absent. That makes sense. Vaccines already opened cannot be stored. Providing somebody else with it prevented wastage.

The problem is with some of those who got the vaccine, many were not in the most vulnerable cohorts, either by age or because of comorbidities – or both. That could have been easily avoided, and pressure removed from healthcare workers who had to make on-the-spot decisions on how to allocate the vaccines. The National Health Fund has a database of people with diseases that make them vulnerable to COVID-19. So, too, does the Jamaica Drug for the Elderly Programme. People on these databases who meet the profile for susceptibility to COVID-19 should be the ones listed, and called, when front-line employees did not turn up. This problem must be fixed.

The anti-vaxxers and conspiracy theorists will attempt to exploit these glitches, as well as the suspension of the AstraZeneca vaccine in some European countries, to undermine Jamaica’s initiative. Jamaicans should not listen. In Germany, where 1.6 million people have received shots, the suspension was on the basis of seven reported cases of cerebral vein thrombosis (blood clots). That is one case for every 228,571 persons who received the vaccine. In Britain, where more than 11 million people have been vaccinated, only a handful have complained of adverse reactions. The benefits of the vaccine vastly outweigh the potential danger.