Pamela Coke-Hamilton | Ah so de ting set: Why I choose to challenge 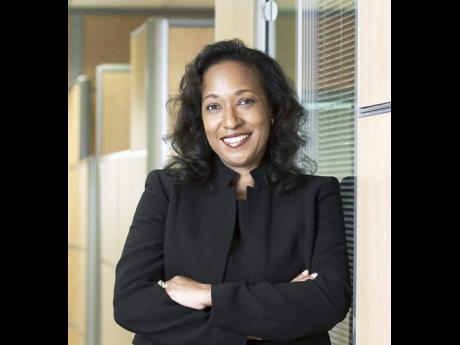 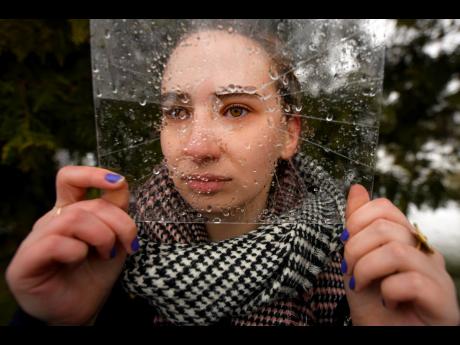 AP
A woman poses holding a piece of cracked plastic sheet during a flashmob to raise awareness of the increased levels of violence against women since the COVID-19 pandemic started one year ago, in Bucharest, Romania.
1
2

As a child, I distinctly recall listening to the furtive whispers of my parents in the middle of the night, having just returned from a cocktail party or some function. An acquaintance had been beating his wife again. But he was an important person in town, a man of high standing, a pillar of all the right social circles. Who was going to talk to him?

Fast-forward to my first year at university. There was a charismatic campus leader – handsome, athletic – who beat his girlfriend at least once a week. Everyone knew; he did it without fear of censure or repercussions.

“Ah so de ting set”, they would say in a Jamaican colloquialism: that’s just how it is. His standing was secure; people shook their heads and looked the other way. Thirty-five years later, it is still hard for me to look at him.

One of the most tragic consequences of COVID-19 has been the shocking rise in domestic violence – in some countries, by as much as 45 per cent. Men’s violence against women is a leading cause of the premature death for women globally. We know that over 50 per cent of women killed suffer their fate at the hands of a domestic partner. Six women are killed every hour by men around the world, most by men in their own family or their partners.

But this basic threat to their lives and safety is just one part of the burden women face during this pandemic. The economic devastation wrought by COVID-19 has been catastrophic financially, physically and psychologically for women. In certain sectors like tourism and other services, women lose their jobs at a rate seven times higher than men. Research confirms what most working mothers already know: at home, women face an exponential increase in unpaid care, domestic work and homeschooling responsibilities. UN statistics show that women perform three times the amount of work at home compared to pre-pandemic levels.

As a predictable consequence, in the United States alone over two million women may be leaving the formal workplace because they are simply incapable of absorbing the physiological and psychological impact of this new reality. Those remaining in work still face huge challenges: women comprise seven out of every 10 health and social care workers at the front line of battling the COVID-19 pandemic.

The pain is everywhere around us. Yet, all too often in this COVID-19 world – where we only see each other through screens, where we cannot travel or touch each other, where our connection is only as strong as our Wi-Fi signal – it is easy to look the other way. Ah so de ting set.

But we can fight this “parallel pandemic” that so often goes unremarked, mired in a personal and societal complicity of silence and shame.

It reminds me of a story I heard growing up, about an old woman who used to be the keeper of the stream that ran through a town. All social gatherings and major occasions were held by the stream because it was kept so well. All garbage, all blockages affecting the flow, all vegetation that attracted the birds and other animals were controlled by the keeper of the stream.

One day somebody decided that she was doing unnecessary work and so it stopped. Within a few months the stream became blocked, stagnant and putrid. The town also began to fracture as there was no place to socialise, no picnics, no grand occasions.

Women are the keepers of the stream. Who do the unpaid work in the home, keep the waters flowing without recognition, act as the first port of call for children and also work outside the home.

Women are the cornerstone of the family, the schoolroom, the hospitals, and the care sector at every level. They constitute a large percentage of the agricultural and entrepreneurial base that form the engine rooms of MSMEs keeping entire economies alive.

I am passionate about women’s economic empowerment. The United Nations Global Goals recognise the centrality of gender equality, addressing violence against women and girls, and the importance of economic empowerment in SDG 5 if we are to have inclusive global growth. I believe that only with real economic opportunities, the right means, and more autonomy, women will have a fighting chance for themselves, their children and their families. I believe that the health, success, and capacity of any society to thrive is directly linked to the health of our women.

I believe that the time to act is now: this time of increased vulnerability for women, when existing dysfunctions and dangers loom ever larger. We have to pivot. We have to upscale our interventions, pushing back on these changing and unanticipated reversals. We have to #ChoosetoChallenge the prevailing winds and push back against the learned helplessness; the “ah so de ting set” mentality that paralyses us into inaction.

I have a few ideas on how we can all #ChoosetoChallenge.

• First, through targeted interventions such as ITC’s SheTrades advocacy platform seeking to get three million women-owned businesses to market by 2021.

• Second, through increased access to finance by challenging the old notions of traditional banking and collateral requirements.

• Third, through increased digital inclusion by increasing digital penetration rates and lowering the cost of digital access for business.

• Fourth, through increasing flexible working hours, paternity leave and challenging the antiquated notions of work which the pandemic has so effectively exploded.

• Fifth, through refusing to accept and challenging the language used to perpetuate the bias against women in leadership.

• And sixth, through the rejection of excuses that seek to justify or validate violence against women and girls as normal. It is NOT and should never be!

Pamela Coke-Hamilton is the executive director of the International Trade Centre. Send feedback to columns@gleanerjm.com