Tony Deyal | Live and yet die 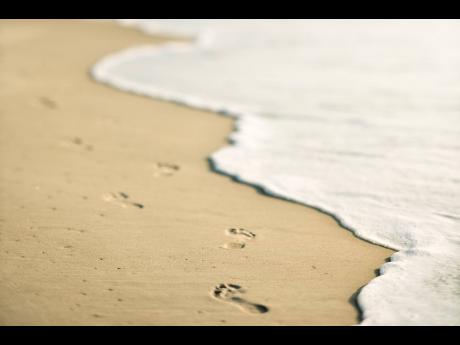 Meghan Markle has been very much in the news these days. Even before her interview with Oprah Winfrey, she said something that set me thinking. Her last words before giving up any claim to British Royalty were, “It didn’t have to be this way.” Even though these are definitely not her final words and, hopefully, she has a lot of life and happier experiences left, her tearful comment reminded me of what her husband’s mother, Princess Diana, as she lay dying asked, “My God what’s happened?” While for many of us the question remains unanswered, it led me to think about the last words of so many other people, some of whom were aware of their impending deaths, and others, like Diana, who had no warning.

Not everyone can predict like Nostradamus, “Tomorrow, at sunrise, I shall no longer be here.” However, James Brown, the singer, songwriter and dancer, informed his family, “I’m going away tonight.” Walter de la Mare, the English author, when asked if he wanted some fruit or flowers, responded, “Too late for fruit, too soon for flowers.”

Even though he was unaware that he was going to be assassinated that day, Martin Luther King’s last words before his assassination on April 4, 1968 by James Earl Ray, were to his musician Ben Branch. He stressed, “Ben, make sure you play ‘Take My Hand, Precious Lord’, in the meeting tonight. Play it real pretty.” Harriet Tubman, the American abolitionist and political activist who was born into slavery died in 1993 with her family around her, singing, “Swing low, sweet chariot.”

There are some people who face death with the same humour and joy they displayed in life. The Italian artist, Raphael, signed off with “Happy”. Dominique Bouhours, a French grammarian and wit, died as he had lived – seizing every opportunity to demonstrate his command of grammar. His last words were, “I am about to – or I am going to – die: either expression is correct.” Charles Gussman, a writer and TV announcer who wrote the pilot for the series, Days of Our Lives had earlier briefed his daughter that he wanted his last words to be memorable. When she reminded him of this on his deathbed, he gently removed his oxygen mask and whispered, “And now for a final word from our sponsor … . “ Grouco Marx, perhaps the greatest of all American comedians and punsters, had one final quip before he left us. He exclaimed in mock anger, “This is no way to live!”

Not even priests have it all their own way with people who are on their way out. The successful playwright, Wilson Mizner, is known for the line, “Be nice to people on the way up because you’ll meet the same people on the way down.” He was dying and a minister said to him, “I’m sure you want to talk to me.” Mizner put the clergyman in his place, “Why should I talk to you? I’ve just been talking to your boss.” Composer Jean-Phillipe Rameau, very angry with a pastor who had disturbed him by singing a hymn at his bedside, countered with, “What the devil do you mean to sing to me, priest? You are out of tune.” When a parson declared to the comedian Charlie Chaplin, “May the Lord have mercy on your soul”, Chaplin replied, “Why not? After all, it belongs to Him.”

For so many other historical figures, death met them in different moods and their final words illustrated their concerns. Even though it could not have applied to Frank Sinatra, especially with his wealth, voice and fans, his last words were, “I’m losing it.” Bob Marley passed on to his son Ziggy the eternal truth, “Money can’t buy life.” Leonardo da Vinci, the greatest artist of the Renaissance, was convinced, “I have offended God and mankind because my work did not reach the quality it should have.” Fortunately, one of those masterpieces continues to smile. Despite her reputation for arrogance, French Empress Marie Antoinette, on her way to the guillotine, accidentally stepped on her executioner’s foot and apologised, “Pardonnez-moi, monsieur.”

Refusing to have surgery before he died in 1955, Albert Einstein was adamant, “I want to go when I want. It is tasteless to prolong life artificially. I have done my share, it is time to go. I will do it elegantly.” Winston Churchill, from whom one would have expected a humorous comment, closed with, “I’m bored with it all.” Beethoven used a phrase that was associated with the ending of a performance in the Italian comedy plays, “Friends applaud, the comedy is over.” Chico Marx, Groucho’s brother, kept to the family tradition when he teased his wife Mary, “Remember, Honey, don’t forget what I told you. Put in my coffin a deck of cards, a mashie niblick (golf club) and a pretty blonde.” Somerset Maugham, the writer, counselled his nephew, “Dying is a very dull, dreary affair. And my advice to you is to have nothing whatever to do with it.” What, for me, was a glorious end was when on his deathbed Pope John XXIII comforted a secretary who was in tears, “Why crying? This is a moment of joy, a moment of glory.”

I believe that the most poignant of all last words was the attempt by Jacqueline Kennedy Onassis to console her two children, Caroline and John. The former First Lady of the United States and wife of John F. Kennedy, in tears herself, said, “Don’t cry for me, I’m going to be with your father now.” This ironically echoed the final words of Joe DiMaggio, the baseball star who was once married to Marilyn Monroe. His last words were, “I’ll finally get to see Marilyn.”

The people who amaze me with their bravery and bravado are those who can joke or keep their dignity even as they face death. Che Guevara, the famous revolutionary, defied his executioner, “I know you are here to kill me. Shoot, coward, you are only going to kill a man.” Convicted murderer James Rodgers, when given the opportunity for a last request, jokingly answered, “Bring me a bulletproof vest.” Serial killer Herbert Webster Mudgett warned the hangman, “Take your time; don’t bungle it.” Murderer Gary Gilmore encouraged the firing squad, “Let’s do it.” Even though a worried convict questioned the hangman, “Is this thing safe?”, my favourite response is by convicted murderer James Donald French facing death by electrocution who suggested to reporters, “How’s this for your headline? French Fries!” His final words were, like this sentence of mine, “Everything’s already been said.”

Tony Deyal was last seen repeating the final tongue-in-cheek goodbye of William Saroyan, author of ‘The Human Comedy’, “Everybody has got to die, but I have always believed an exception would be made in my case.” Send feedback to columns@gleanerjm.com