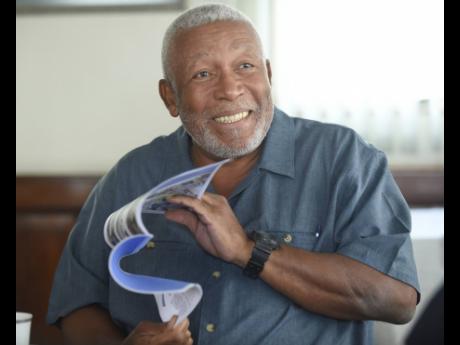 Law enforcement generally requires ‘presence’, that is, ‘policemen on the beat’ to provide a deterrent to the would-be lawbreaker. To be really effective, such policemen on the beat must be alert, proactive and anticipatory in their approach to their duties. It is not possible to have policemen in all territorial spaces to provide full coverage, so deterrence will often fail.

In the circumstances where deterrence fails, that failure is easily detected because the criminal act arising from that failure is often self-evident. The real challenge arises in identifying the person or persons who carried out the act. Since the police cannot be everywhere to witness the criminal act for themselves they must rely on citizens, people who see and hear and who are willing to come forward with the information to help the investigator identify, arrest and charge the perpetrator. There is hardly a criminal act where there is not an individual or individuals who saw or heard something that is of value to the police and who should provide such information. This underscores the great value of developing and maintaining good police-citizen cooperation and the need for mutual confidence building.

Apart from the citizens and the police, the other means of not only detecting but identifying a perpetrator is by scientific and technological means, for example, CCTV, fingerprints, DNA, etc.

In an ideal situation where the state builds its security apparatus to protect its citizens, you would need a police service that is appropriately motivated, sized and intelligently deployed. Such a service would have at its disposal appropriate scientific and technological tools and a public who approves of the police based on their transparency about their powers, their integrity in exercising those powers, and their accountability for doing so.

Contrast that ideal to our situation here in Jamaica and you find a police service that is undersized even if brought up to its established strength of 14,000. Though investments are being made to improve scientific and technological capabilities, we are still a long way from establishing a credible system. Then, the all-important two-way relationship between citizens and their police can, at best, be described as lukewarm. This paper will only concern itself with the number of officers available for core policing duties and to suggest ways in which those numbers might be increased in the short to medium term.

The following summary gives my own estimates of the dispersal of the 11,000 police officers in the JCF at any given point. I will stress that while these numbers are not accurate, they are sufficiently indicative to convey my point.

I guess there are about 3,000 officers working in non-geographic formations (officers assigned to formations that do not conduct regular territorial policing duties, e.g., marine, protective service, administration, transport and repairs, etc.)

From the remaining 8,000 you remove, say, 500 who are out of commission for any of these reasons: being sick, on vacation leave, study leave, training, interdiction and suspension. You then take out another 500 officers who are assigned to station and lock-up duties and you are left with approximately 7,000 officers.

The public needs to understand that with its current configuration and numbers you will not have more than, say, 2,300 to 3,500 police officers on actual territorial duties at any point in time. These numbers are woefully inadequate, especially given our high levels of crime and violence, but it gets worse. How many officers are retired on the job, or are working without enthusiasm, or simply working against their own and the public’s interest? Policing is a very stressful job and many fall prey to stress-related illnesses early in their lifetime. It is not unusual to find officers putting in up to 60 hours per week and others barely putting in 20 hours. This is not right.

If the reporting is accurate, the JCF loses up to 500 officers each year. Some of those losses will be due to normal retirement, but included in the numbers are many younger officers who choose to leave due to the adverse terms and conditions of service. If we wish to improve retention rates in the JCF, the terms and conditions of service have to be reviewed and improvements made. Policing is a noble profession and every effort must be made to bring the nobility into the profession. To love your police service, your police service must first be lovable. If we manage this, not only will we slow down the attrition rate but we can target re-enlistment of many who have left through reasons other than for integrity and disciplinary matters.

We often hear the reference to former New York Mayor Rudy Giuliani hiring some 6,000 additional officers into the New York Police Department when he launched a programme against crime in New York City. It was doable for Giuliani to advertise throughout the USA and attract trained and qualified officers into the NYPD. Jamaica does not have that luxury. In Jamaica, civilians have to be recruited, trained and graduated. After graduation, the young constable undergoes a probationary period of on-the-job training. It takes two years from recruitment to produce a fully trained constable. Please put the Giuliani option to rest.

Much effort is being made to increase the numbers recruited each year, and that is commendable. Additional training facilities are being opened in order to increase the throughput. This has been done in the past but notwithstanding, the JCF has never reached its establishment levels. I suggest that we take a hard look at how police recruits are trained with a view to trying something new. The fact is that most of the curriculum can be delivered in any appropriately equipped lecture room in the island. In my view, the only parts of the curriculum that must be addressed at a JCF training establishment are those dealing with the use of force and firearms, and in a residential setting.

For many persons who are older and ‘long in the tooth’ such an idea might be preposterous and ‘dead on arrival’, but imagine, say six or so training centres dispersed throughout the island delivering Part 1 (Academic) of the curriculum. On successful completion, trainees are rotated through the training schools for Part 2 (Firearm & Use of Force) and graduation.

In Part Two, I shall examine some short to medium term initiatives to increase the number of boots on the ground and discuss that seemingly elusive crime plan.

- Rear Admiral (Rtd) Hardley Lewin served for 36 years in the Jamaica Defence Force, the last five as its Chief of Staff. He went on to serve as Commissioner of Police of the Jamaica Constabulary Force for two years. Send feedback to columns@gleanerjm.com