David Salmon | A tale of blood and struggle (Part 2) 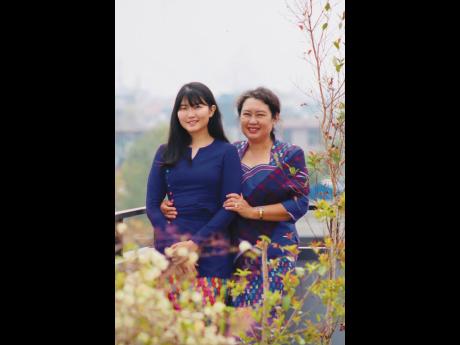 At the heart of the protests in Myanmar are people from different ethnicities who have a shared experience of trauma due to a lifetime of military rule. Maran Seng Ja Ring, also called Kiko by her friends, is one of those persons. She is a 25-year-old advocate from the Kachin ethnicity who passionately believes in justice for ethnic minorities. February 27 proved to be a day she would never forget.

“That day, it was all ethnic people. I think there were probably 50 of us in the street. We were just protesting peacefully. Some were putting up banners. We were chanting stuff and then half of us were drawing on the road, saying, ‘We want federal democracy.’ Then, in the middle of that, around 10 military trucks arrived next to us,” Kiko said. “It looked like they were just going to pass by us, but … they all just stopped.”

She did not run at first as seeing military vehicles was nothing out of the ordinary. However, that sense of security was suddenly shattered by the clap of a gun. “As soon as all of their trucks arrived, they started firing bullets. That was when all of us started to run. I got separated from my friends. Luckily, I hid in one of the houses. I could see everything that was happening in front of me. They were raiding other houses, and I saw my friend being dragged into one of their trucks. That was on the 27th of February and she still hasn’t been released,” she said. Another one of her friends was shot by a rubber bullet and had to be hospitalised.

This was only the first incident she experienced of the military crackdown. On the March 7, she, along with other young people, was participating in a sit-down protest in Mandalay’s suburbs when she observed soldiers blocking two ends of the intersection. As they left, the military started firing. “I took shelter in this onion warehouse for three hours until they left. The whole time I could hear the bullets being fired,” she said. Being alone with her thoughts, Kiko felt fear and anger as she recalled episodes of violence against her community.

“On that day, a total of 51 people got arrested, but because me and my friends belong to a small minority, 11 of the ethnic people that were captured still haven’t been released,” she added. Myanmar, formerly called Burma, has a dark history of ethnic tensions that transcend generations. Similar to nations within the Caribbean, conflict among the country’s 135 ethnicities have colonial origins that persisted after independence although the 1988 coup was a watershed moment due to the level of brutality in which the student-led uprising was suppressed.

Several members from the ‘88 Generation’ like Kiko’s mother, Hkangda Hkawn Bu, did not graduate from high school due to schools closing. Her mother is a local businesswoman from a village in the hilly, forested interiors. However, the jungles hide tales of blood and struggle. Hkangda’s story, like so many others, is a complex one. As Kiko elaborated: “I am mixed. I am half Chinese. I am half Kachin, but my mom is from the Kachin people. Her father was one of the founders of the Kachin Independence Army. So grandpa went through a lot of trouble with the military and even died at their hands.”

Hkangda recalled that during the 1980s, the military attacked small villages in order to force villagers to do projects such as digging tunnels. At least one male per family had to do manual labour. If there were no males in the household, women were forced to provide assistance in the medical area. As a result, Hkangda and others from her village lived underground to avoid persecution.

She escaped to China, where she stayed for five years and worked as a maid. There, she met Kiko’s father, got married, and returned to Myanmar after the situation had calmed. It is for this reason that Hkangda renounces the actions of the military. “There is no way I accept the military coup,” she said. “It is very unfair. This coup is no different than the coup that has happened before. It is basically a way for the military to protect themselves and do whatever they want with every resource that we have.”

Looking at her daughter, she shared her dreams for her country when she said: “The younger generation got to experience a little bit of the privileged side. However, it is this generation who is going to suffer a lot from this (coup) just like what we suffered in 1988. So I really hope that we will beat this coup because I don’t want to see another generation go to waste.”